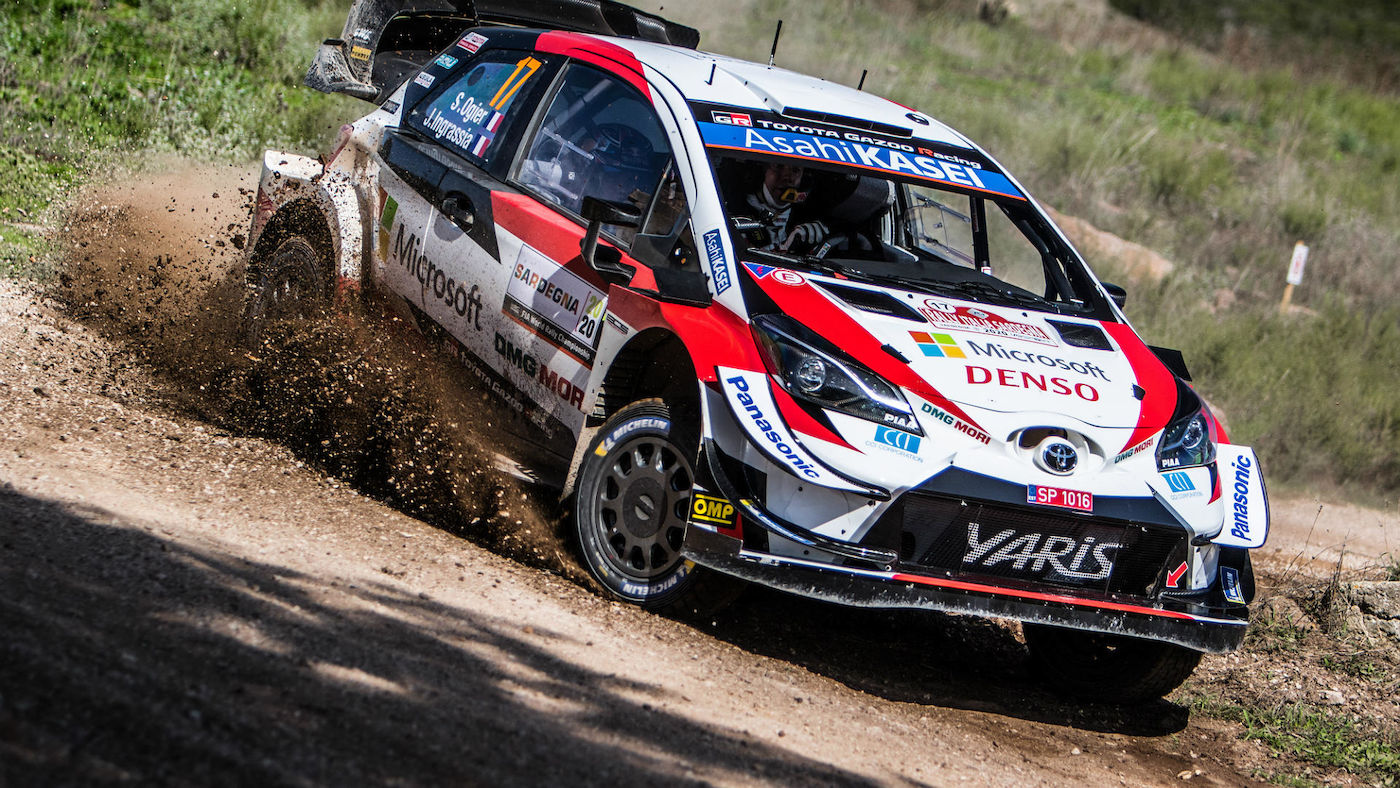 It’s all change for the World Rally Championship in 2022, with defending champion Sebastien Ogier only driving a part-time schedule and the introduction of new set of technical regulations, marking the start of a new era.

Loeb and Ogier have won 17 of the last 18 WRC Drivers’ titles, with Ott Tanak momentarily stopping the streak in 2019. The two Frenchman will both be competing in the opening round, the Monte Carlo Rally in January, but they will not drive every round this year so there will be a new champion.

The new regulations, which include a hybrid system being implemented into the Rally1 cars, could bring M-Sport into contention too, after a disappointing last three years where they had little success and finished bottom of the Manufacturers’ Championship.

There will be eight full-time drivers in the WRC this season, and five of them have a great chance to win the title.

If there’s a favourite for this year’s WRC championship, it has to be Elfyn Evans. The Welshman has been the bridesmaid in the last two seasons, cruelly missing out in 2020 when he was leading the championship going into the final round, only to slide off the road in icy conditions which handed the title to teammate Ogier.

Evans has learned from Ogier to keep it tidy and not take too many risks which are the keys to coming out on top in a season-long fight. The 33-year-old should be at the peak of his career and has the rally driver qualities to become Britain’s first WRC champion since Richard Burns in 2001.

Kalle Rovanpera is a WRC star in the making, and perhaps 2022 could mark the start of a special career for the Finn. He’s quickly rose through the rallying ranks and was given a full-time WRC drive in 2020, having just won the WRC-2 Pro title a year earlier.

Remarkably, he scored a podium in just his second WRC start to become the youngest podium finisher in the sport’s history. Rovanpera rewrote the record books once more last season when he won Rally Estonia at the age of 20.

He is incredibly mature for his young age and is seriously quick, delivering in every car he’s driven. It feels like a matter of when, rather than if, Rovanpera will break Colin McRae‘s record as the youngest WRC champion. Rovanpera has five years to accomplish that feat, and it may even happen this season.

The only full-time champion in the field is Ott Tanak, who is eager to bounce back from a disappointing 2021. Tanak joined Hyundai two years ago, having just won the WRC title with Toyota, and hasn’t been able to find the consistency since he got behind the wheel of the Hyundai i20.

There have been flashes of his mighty speed but he doesn’t seem to be fully comfortable at Hyundai. The new regulations could give Tanak the kick he needs to find some consistency, because without doubt he is nearly unbeatable when he’s on form.

Thierry Neuville definitely has what it takes to become WRC champion, but he does crack during important moments which has arguably stopped him from winning the title in the past.

The Belgian has all of the ingredients to win the Drivers’ Championship, he just needs to put it all together over a season.

He has the pace and can be consistent too, it’s just small mistakes that have let him down over the years. Neuville is in a similar position to Evans. This season could be his best chance to finally grab his hands on the overall trophy before the young guns like Rovanpera gain too much experience and quite frankly become too good.

Craig Breen will embark on his first full campaign in the WRC and he is set to lead the M-Sport charge. M-Sport have been through a difficult spell in recent years, but they could be back at the front of the field due to the new technical regulations.

If that’s the case, Breen has a fantastic opportunity to mix it with the Toyota and Hyundai drivers at every event. Breen made the podium on his last three outings as a part-time driver for Hyundai last year, underling his credentials which many rally fans have rated highly for a long time.

The timing of Breen and M-Sport coming together might just be perfect.