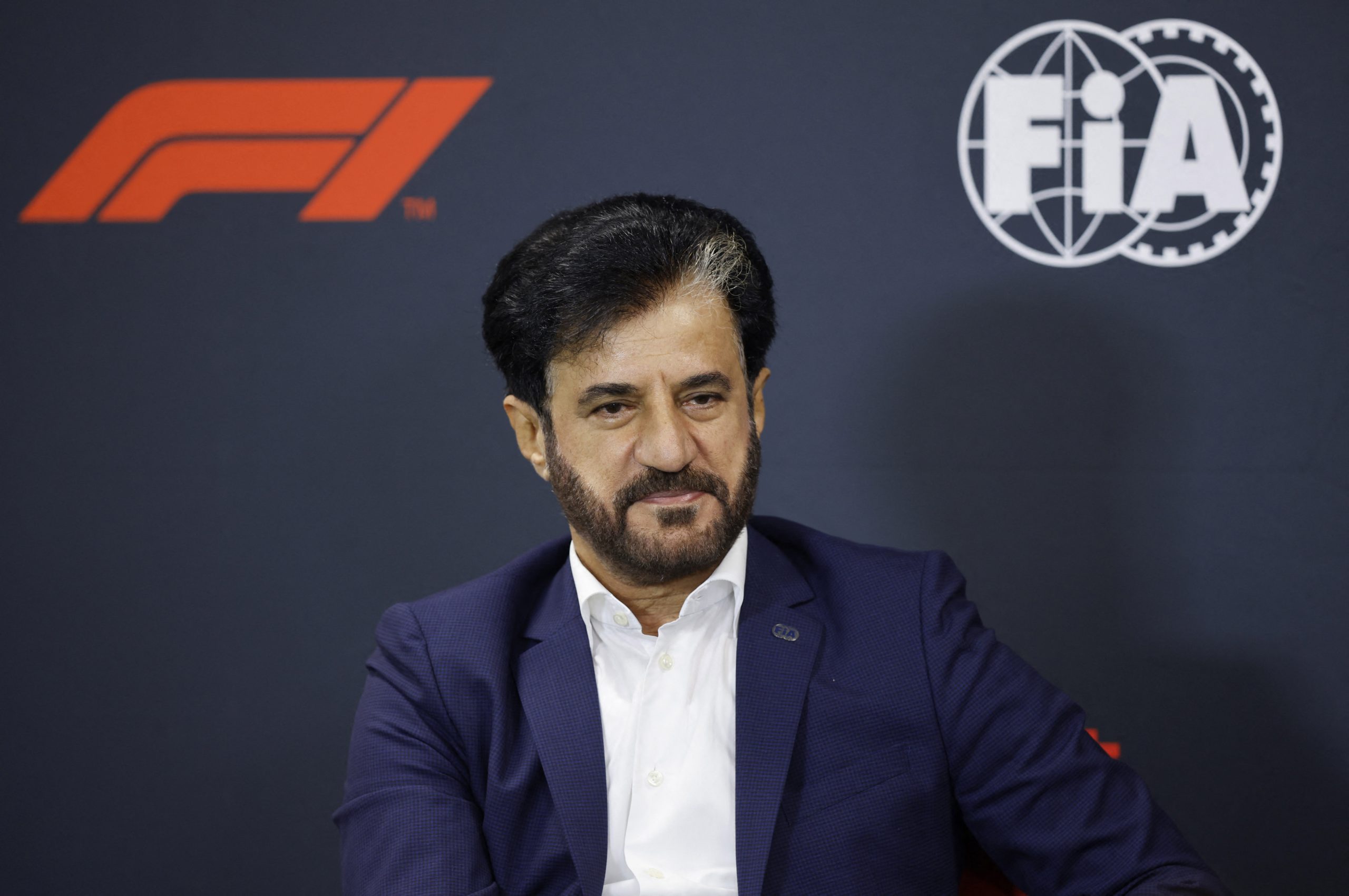 FIA president Mohammed Ben Sulayem has slammed Christian Horner for his comments on how the Japanese Grand Prix ended confusingly.

During the handover of the constructors’ championship trophy to Horner, Ben Sulayem defended the organisation’s handling of the rain-shortened race blaming the teams for the chaos that followed with Max Verstappen crowned world champion during a post-race interview.

“First of all, you deserve the win; secondly, you spoke about Dietrich,” said Ben Sulayem. “I drove with the Red Bull sponsorship in my last championship, and one thing to say about Japan, Japan you said was controversial, no!

“The FIA was blamed for the points, but it wasn’t the FIA which made the rules; it was the teams who made the rules, and we were implementing them, so thank you for that.”

The Emirati also told Horner that the trophy wouldn’t reduce his team’s fine and that he shouldn’t dare say anything.

“You know I’ll say something to Christian; this cup has nothing to do with the cost cap, ok!” Ben Sulayem continued. “So be careful this is from the FIA, so we’re not going to deduct it from your cost cap.”

“No, I don’t dare say anything,” said a rather confused Horner.

Although Red Bull enjoyed a stellar season, it was overshadowed by the tragic death of the company’s founder Dietrich Mateschitz who passed away on the eve of qualifying for the United States GP.

Mateschitz, a keen talent spotter, hired Horner to lead Red Bull in 2005 following his takeover of the struggling Jaguar team.

The Austrian’s gamble paying off as Red Bull would win four drivers’ and constructors’ championship less than a decade on from entering the sport.

“It’s been the most incredible year for the team,” said Horner. “I mean, for nine years, theirs has been one manufacturer on this trophy, so the team has done a truly outstanding job.

“Max Verstappen has been magnificent this year, and we’ve broken every record of our own 17 victories, five 1-2s finishes, 15 victories, of which Max won.

“Thankfully, he saw Max win the championship in Japan even though theirs was a bit of confusion over the points, but thankfully he saw it, and the day after he passed, we managed to win this trophy, so it’s a very special won.”

Ben Sulayem ends his speech with praise for Horner

Horner’s passing comment set up Ben Sulayem’s final comments, which caused an international incident as he blamed the teams for causing the confusion at the end of the race in Suzuka, with the bemused audience watching on in astonishment.

Midway through his final sentence, F1’s CEO Stefano Domenicali interrupted Ben Sulayem asking him to remain on track as he resumed his closing remarks before shaking Horner’s hand.

“They deserve the win; everyone who wins deserves it; these are the rules, so well done [Christian and Red Bull],” said Domenicali. “I say it honestly and for more wins in the future.”