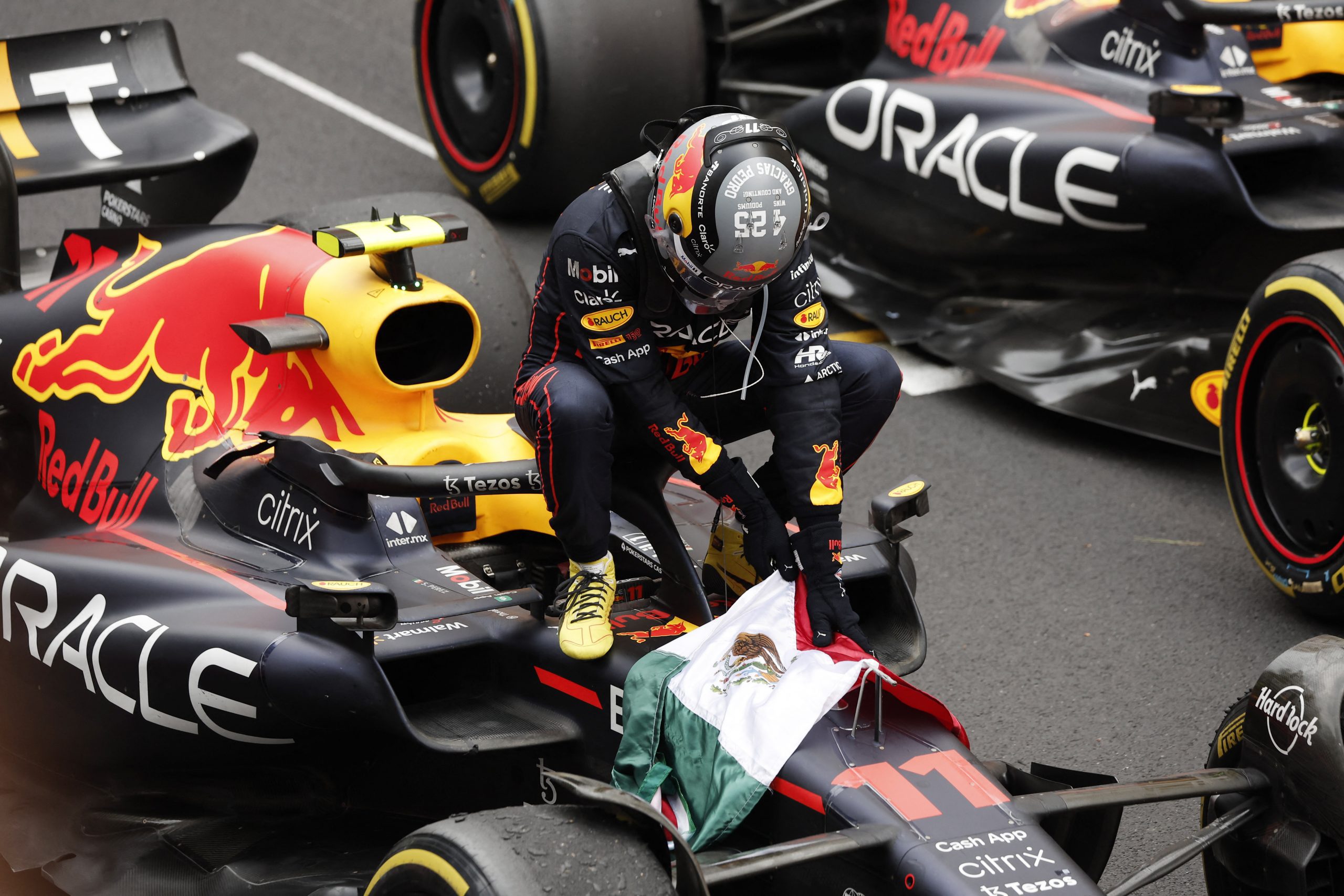 Ferrari have lodged a protest against Sergio Perez and Max Verstappen for touching the pit exit lane at the Monaco Grand Prix.

Perez won the race from Carlos Sainz, while championship leader Verstappen finished third. Pole sitter Charles Leclerc, who led the early part of the race, had to settle for fourth after some poor strategic decisions by Ferrari as the track began to dry up.

Both Ferrari drivers lost out to their Red Bull rivals during the pit window, but the Scuderia have lodged a protest as they believe both Perez and Verstappen touched the pit exit line after switching to slicks.

Although Perez‘s incident was noted by race control, and onboard footage suggested Verstappen had done the same, no further action was taken.

Both Red Bull drivers have been summoned by the stewards “in relation to the two protests lodged by Scuderia Ferrari against car 1 [Verstappen] and car 11 [Perez] for allegedly failing to stay to the right of the yellow line at pit exit.”

Ferrari team principal Mattia Binotto made his feelings clear after the race, stating he was disappointed no action was taken on either Red Bull driver given what he felt was a “clear breach of regulations”.

“We are disappointed because we believe there was a clear breach of regulations on the two Red Bulls going on the yellow line exiting the pit,” Binotto told Sky Sports F1.

“I think it was not close, it was on the line. If you look at the intonation of the sporting code it is saying crossing, but we had a clarification in Turkey in 2020 to avoid any discussions and if you look at the race driver notes it indicates staying to the right.

“So for us, that is something unclear and we are still seeking clarification from the FIA and we will be happy to have as soon as possible our feedback.”