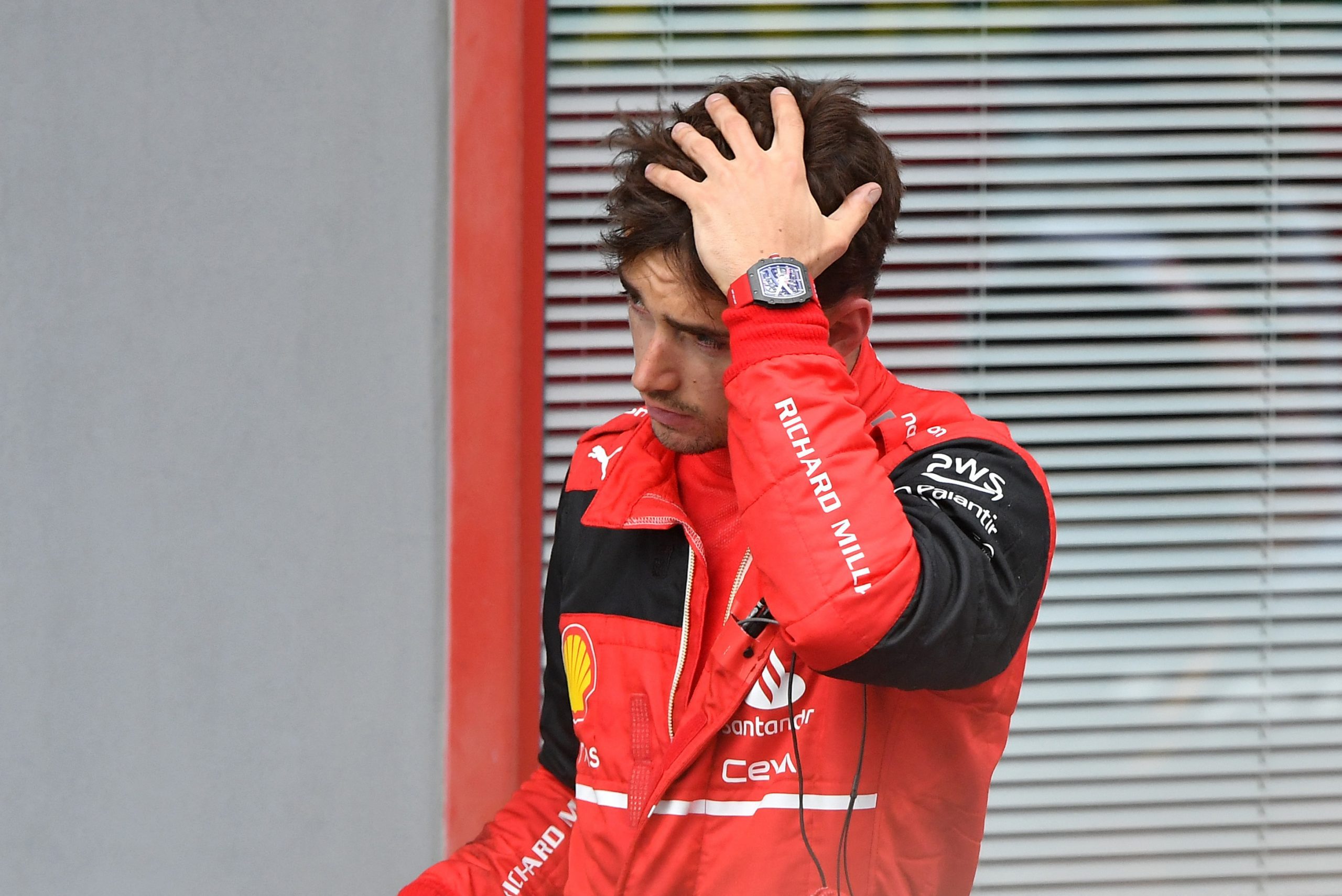 Charles Leclerc didn’t mince words when criticising his performance at the 2022 Emilia Romagna Grand Prix, admitting that greed got the better of him and cost him a podium finish at Imola.

The World Championship leader was on course for a third-place finish, but with Ferrari opting for a late pit stop for new softs, he found himself within DRS range of second-place Sergio Perez.

Unfortunately for Leclerc and the home fans, he spun and hit the wall at Variante Alta, dropping as far as ninth before recovering to finish sixth. After the race, the Monegasque admitted he tried to do much considering Red Bull seemed the faster car for most of the race.

“It’s a big shame,” Leclerc told Sky Sports F1. “Whatever happened before the spin, these are details and it’s part of racing, but I believe that the spin shouldn’t have happened today.

“P3 was the best I could do. we didn’t have the pace for much more and I was too greedy. I paid the price for it and lost seven potential points compared to my third place, so it is a shame.

“It’s seven points that are valuable at the end of the championship for sure, and this shouldn’t happen again.”

On the other side of the equation, it was a near perfect weekend for Red Bull, as Max Verstappen took the chequered flag in Saturday’s F1 Sprint and the Grand Prix.

The Dutchman was never really pushed on Sunday, and with Perez finishing second, the Milton Keyes outfit closed the gap to Ferrari in the standings, especially with Carlos Sainz failing to finish.

While Leclerc isn’t sure how much of a step forward Red Bull took at Imola in terms of performance, he is expecting another close battle when F1 heads to Miami for the first time in two weeks.

“I think it’s very difficult to know,” said Leclerc. “We’ll see, only time will tell how much of a step they did, but for sure they seemed to be more competitive than the first three races, or similar to Jeddah let’s say.

“This was a big mistakes, but actually, the consequence considering the mistake could have been much bigger. It’s only seven points today, but it will cost more the next time so I need to be careful.”