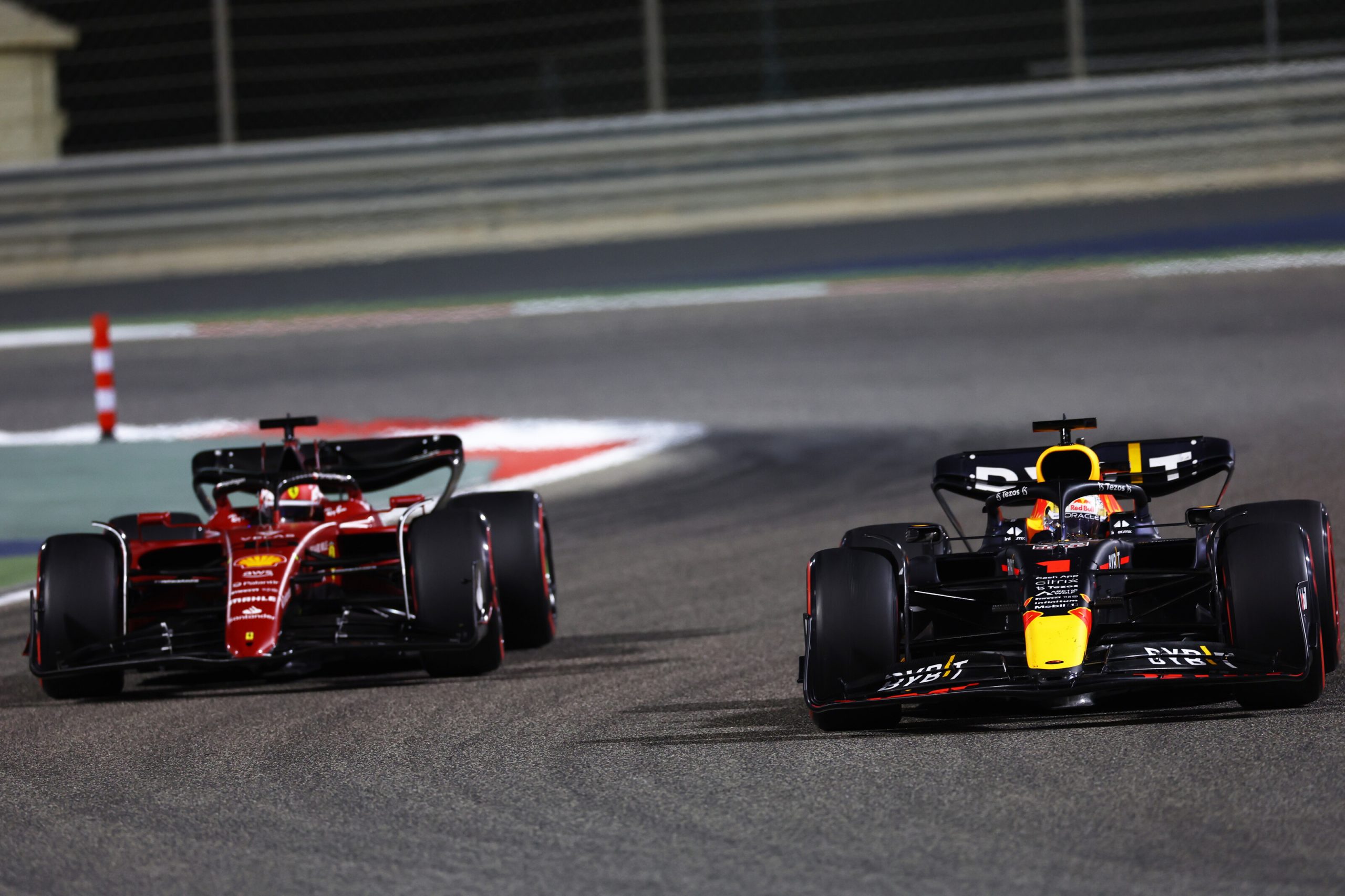 Formula 1 in 2022 got off to a dramatic start in Bahrain with Charles Leclerc leading a Ferrari 1-2, whilst Red Bull suffered a double retirement and just five days later, the teams and drivers are ready to do battle once again, at the 2022 Saudi Arabian Grand Prix.

Last year’s inaugural race in Jeddah was chaotic, to say the least, as Max Verstappen and Lewis Hamilton clashed before the Mercedes driver eventually block passed his way by the Dutchman. We also had multiple red flags, plus both the safety car and virtual safety car.

This time Verstappen is expected to be fighting Leclerc once again and the 2022 Bahrain GP suggests we could see more fireworks in the second ever Saudi Arabian GP, but who will have the upper hand this weekend?

Can Ferrari do the double?

Leclerc has to be the favourite to repeat his victory from Sunday and continue his perfect start to the new season. Pole position, fastest lap and the win all went Leclerc‘s way as he delivered a brilliant weekend when it mattered most.

Jeddah is another power-sensitive track that will test the straight line speed of the cars which should suit Ferrari and their stellar power unit.

Leclerc and Carlos Sainz were slightly down in the speed traps compared to the Honda-powered runners in Bahrain, but they ran bigger wings to have more downforce in the corners.

This also gave Leclerc and Sainz a tyre wear advantage in the Grand Prix, though this is an area which will be less significant this weekend.

Similarly to Bahrain, only one of the free practice sessions (FP2) will be representative because of the cooler temperatures when qualifying and the race take place at night.

Having a car that can get up to speed quickly with just one hour of meaningful running will be key, so Ferrari can be confident that the versatility of the F1-75 will prove beneficial in Jeddah.

Will Red Bull be reliable?

Red Bull lost at least 30 points at the Bahrain GP due to a fuel systems problem for Verstappen and Sergio Perez. The team say they have fixed the issue, although are yet to specify what the exact problem was.

There’s no doubt Red Bull were right on the pace of Ferrari at the season-opener, although Verstappen was having to push very hard to keep up with Leclerc. Verstappen is known as a ‘street-fighter’ as he enjoys street circuits and getting close to the barriers.

He was on course for a Lap of the Gods in qualifying at the Saudi Arabian GP last year, until he blew his effort by crashing at the final corner. It was a long time since a driver has visibly been on the edge of having a crash, several times through a lap.

A power unit problem for Pierre Gasly will be a concern for Red Bull and AlphaTauri, and if both teams have to turn their engines down, that will inevitably put them at a disadvantage.

That said, Red Bull looked excellent in the high speed corners, of which there are plenty at the 6.1km Jeddah Corniche Circuit.

The return of ground effect mean the cornering speeds will be even higher than 2021, and that’s a scary prospect considering the mighty challenge the drivers faced in Jeddah the first time around.

To go fast, the drivers need to get as close as possible to the walls but that elevates the chance of a driver hitting the barrier. Some of said barriers have been reconfigured to improve the drivers’ line of vision and the final corner has been widened to aid overtaking.

It’ll be fascinating to see whether the dirty air affect and raceability of the 2022 F1 cars is still much improved, as we saw in Bahrain.

Tyre degradation was a big problem too in the first race, so the potential for more variation with strategy could be a key factor on Sunday. If there is little tyre wear, expect a one-stop race.

Mercedes were fortunate to finish on the podium with Lewis Hamilton in Bahrain and they will almost certainly not have a car to fight for the win this weekend.

Hamilton and George Russell looked strong in some of the slow speed corners last time out, but the Jeddah Corniche Circuit mainly feature medium and high speed turns.

Throw in the importance of straight line speed and the importance to have a car which gives you confidence on a street track, you can see why Mercedes may struggle compared to Ferrari and Red Bull.

Chief technical officer James Allison believes Mercedes‘ straight line speed deficit at the Bahrain GP was mainly due to their decision to run a bigger rear wing to improve the handling of the car.

“There may be small differences in the power of the engines,” Allison explained on Mercedes‘ race debrief video.

“But I don’t think any of us, none of the teams, have got a handle on that at the moment, exactly what the pecking order is, and they are likely to be small if differences at all. The rear wings, on the other hand, you can see the differences there, and we did have the biggest wings.”

Keep an eye on Alpine

Haas and Alfa Romeo rightly made the midfield headlines at the season-opener, but they will face stiff competition to retain their status as the fourth and fifth fastest teams in F1.

Alpine quietly picked up a double points finish, with Esteban Ocon taking an excellent seventh place, despite not having the updated sidepods that Fernando Alonso used in Bahrain.

Ocon will get those new sidepods this weekend and Alpine are also bringing a new floor to Jeddah, as the development race rolls on.

Alonso and Ocon could be dark horses for a strong result in Jeddah if Alpine can continue their trend of unlocking pace, which began on the penultimate day of pre-season testing.