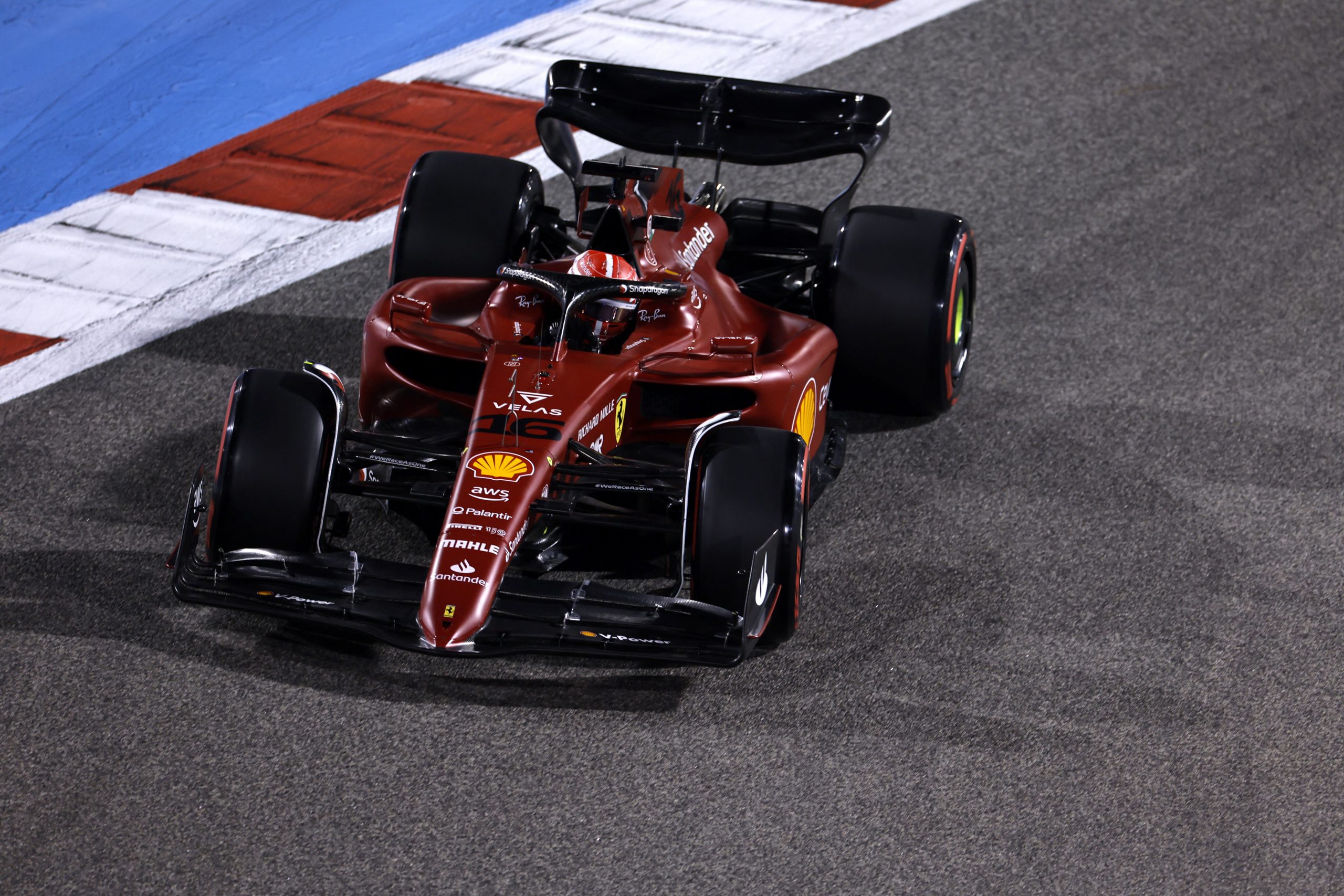 An enthralling qualifying session for the 2022 Bahrain GP ended with Charles Leclerc claiming pole position as Ferrari confirmed all expectations that they will be fighting at the front in Formula 1 once again.

Leclerc put his Ferrari just 0.123s ahead of world champion Max Verstappen in the Red Bull, and 0.129s ahead of teammate Carlos Sainz. All indications are these three will be fighting for the win in Bahrain.

Red Bull had looked strong all weekend, as they did in testing a week ago, but Ferrari‘s decision to focus more on the 2022 season seems to have paid off as a delighted Leclerc revealed.

“Yeah, it feels good,” Leclerc told the press when asked about being the 2022 Bahrain GP pole sitter.

“The last two years have been incredibly difficult for the team and yeah we were quite hopeful that this new opportunity for us was an opportunity to be back in the front.

“It has been a very tricky qualifying session. I wasn’t completely happy with my driving but I managed to do that lap in Q3 and we’re starting from pole so I’m very happy.”

The Ferrari man was a little cautious about the race pace of the Red Bull, pointing to tyre degradation as a potential factor in the Grand Prix.

“We were pretty sure that Red Bull was going to be a bit quicker than us also in qualifying but yeah, good surprise that wasn’t the case,” Leclerc continued.

“Now we need to finish the weekend on a high tomorrow. It’s not going to be easy. Tyre degradation here is a thing, especially with this increase in weight this year.”

Leading up the the Bahrain GP, Lewis Hamilton and Mercedes were somewhat subdued as to the performance of their car with porpoising and a general lack of pace hampering their progress. Now, after the qualifying session, Hamilton has admitted that the fight isn’t with the Red Bull or Ferrari cars, but those behind.

“I’m genuinely really happy with today.” Hamilton told Sky Sports F1.  “Given where we’ve been the last two weeks, it’s been a nightmare to drive but we’ve kept our heads down.

“Those guys ahead of us [Red Bull and Ferrari] are in another league. We’re not in the fight with those. They were a second ahead in race pace, but my battle is with the guys behind.”

That said Mercedes’ trackside engineering director Andrew Shovlin was somewhat relieved with the qualifying performance of the car, having feared the Silver Arrows would be much further back than they are.

“We were realistic with our expectations going into qualifying and anticipated a pretty difficult session, but considering the issues that we’re having to manage on the car at the moment, we weren’t as far off as we might have feared,” Shovlin said.

“We know we have to improve before thinking about fighting for the win so our focus is very much on damage limitation in the championships. We’ll see where our race pace is tomorrow, there may be some opportunity for Lewis if either of the Red Bulls or Ferraris are struggling but he should be well placed to race all the cars lining up behind him.”

Finally, a word on Haas. The American team have gone through the ringer over the last year. Parting ways with title sponsor Uralkali and Russian driver Nikita Mazepin, and all hat after giving up on the 2021 season to concentrate on the 2022 car. And despite all that, Kevin Magnussen has taken Haas to seventh place.

“It’s been a massive rollercoaster from getting the call from Gunther [Steiner], getting really surprised by that, and then trying to make it happen,” Magnussen told Sky Sports F1.

“There was some obstacles that I had to sort out and that was already a bit nervous.

“Then getting here, driving the car for the first time, having a sore neck and you hope the car’s good but you never really know with F1 testing and then having an issue in qualifying, not thinking we could get out in Q3. What a rollercoaster.

“I feel so unbelievably lucky to be in this situation that I’m in with a good car in Formula 1, it’s a lot of fun.

“We had some good long-run pace in practice but you don’t really know what people are running, power, fuel and stuff, and it certainly wasn’t bad on the long run either.

“Starting P7, if you can do that, you’ve got to go for points. The biggest concern is reliability, I would say, but fingers crossed we can get there.”