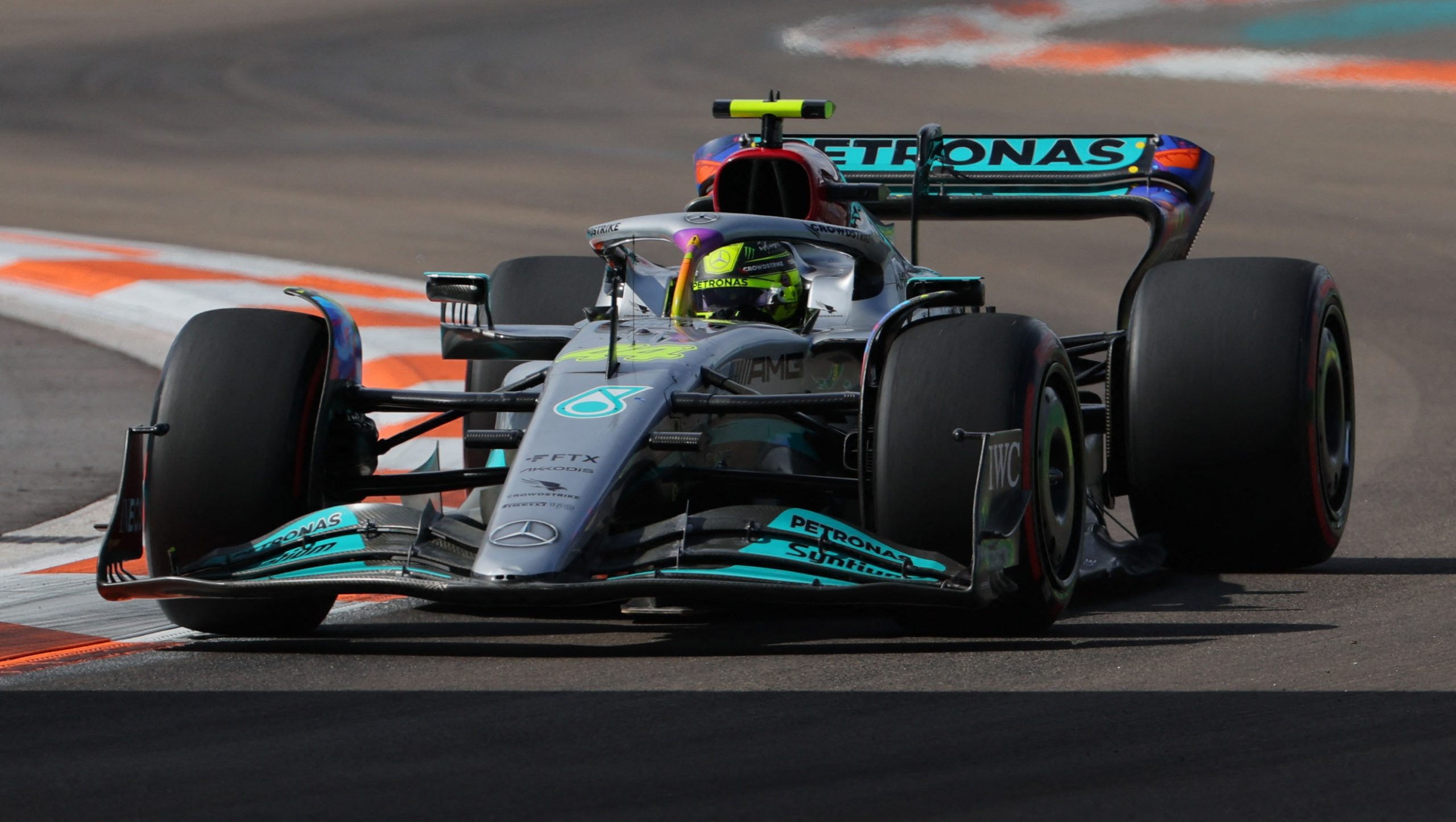 Mercedes boss Toto Wolff says the team still haven’t solved their porpoising issues after a qualifying session that saw George Russell fail to make it out of Q2.

Things looked to be on the up for the Silver Arrows after the Brit topped the time sheet in FP2 on Friday, with Lewis Hamilton just behind in fourth.

That form was nowhere to be found in FP3, with Wolff revealing that setup experiments set the team back. Although Hamilton was able to bounce back and qualify sixth for Sunday’s race, Russell will start 12th, and Wolff says both drivers complained about porpoising issues during the session, which resulted in poor showings.

“I think we’ve seen a performance [from the] car yesterday in FP2 that was real,” Wolff told Sky Sports F1. “We were able to put it into the sweet spot, and today in FP3 we were completely off with the experiments.

“We creeped a bit back, but the car is still bouncing like a kangaroo. The drivers were not happy with it, and that’s the reason we were off.

“It’s never one thing that is responsible for performance or non-performance,” said Wolff. “But we had a good car yesterday afternoon.

“We worked through it a little bit. Some things we understand, others we don’t.”

Russell confused by Mercedes’ step back

Russell had no answers as to where things went wrong for Mercedes on Saturday.

The Brit says Mercedes’ noted porpoising issues prevented him from attacking the corners at the Miami International Autodrome, resulting in a lap time that was slower than the one put in during FP2.

“We’re a bit confused to be honest,” Russell told Sky Sports F1. “My qualifying lap was slower than I did yesterday in FP2.

“The car felt completing different today, we had a lot of porpoising and we couldn’t attack any corners.

“It’s a real shame because I think there was potential in there, and we saw yesterday we were really quick. It’s just massively got away from us today.”