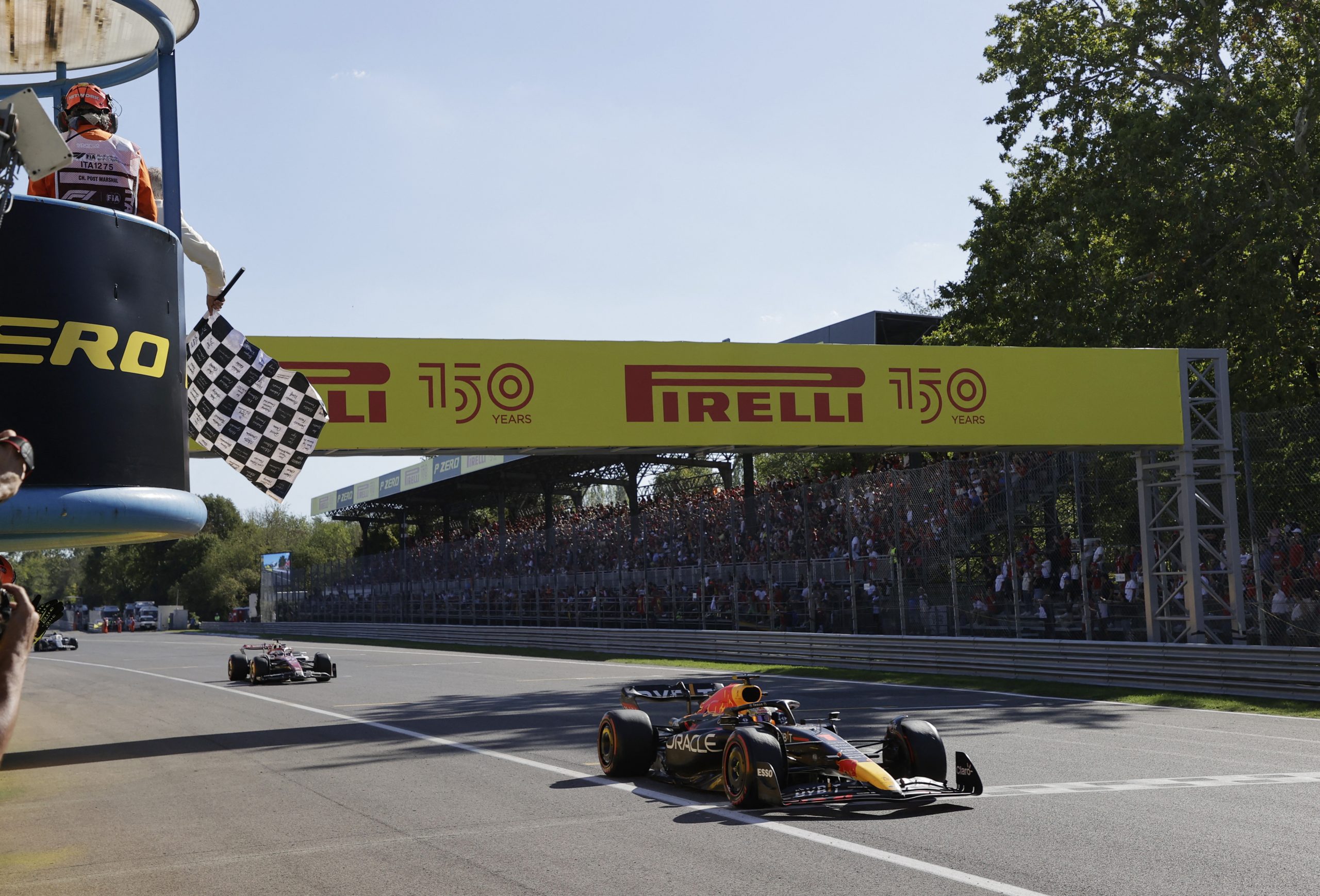 Thousands of fans were disgruntled that the Italian Grand Prix ended behind the safety car, echoing the controversy from the events of Abu Dhabi 2021, except this time the opposite happened.

On both occasions, Max Verstappen benefitted from the situation with some feeling a red flag should have been called when Daniel Ricciardo came to a halt on Lap 47 to ensure a restart.

It enabled Verstappen to win his fifth race in a row and his first at Monza, with the opportunity to be crowned 2022 Formula 1 champion next time round at the Singapore GP.

The big talking points from Monza is, why did the safety car take so long and should there have been a red flag?

You are probably wondering why the safety car period was such a mess. Normally it picks up the lead almost straight away.

Instead, the safety car was called and left the pit lane when Verstappen was at Turn 4, almost an entire lap behind.

Then, Verstappen elected to pit which meant he still had to catch nearly one lap to be behind the safety car.

Whilst that was happening, Bernd Maylander picked up George Russell, which was confusing because the Mercedes driver was in third place.

When Russell caught the safety car, the yellow lights on the top of the vehicle were flashing which meant he wasn’t allowed to overtake Maylander.

It took two laps for Verstappen to then catch the queue, because he and everyone else had to respect the minimum lap time, so couldn’t simply drive flat out to catch up.

When he caught up the green light finally appeared on top of the safety car so Russell and several other drivers could drive past.

Then, Verstappen was back at the front of the train but the majority of the field needed to catch up by gaining a lap again which never happened as the number of laps ran out.

A combination of the safety car not picking up Verstappen straight away, and where the Red Bull driver was positioned on the track led to the race not being restarted.

Should there have been a red flag?

People will remember the 2021 Azerbaijan GP when Verstappen crashed on the main straight and the race was red flagged in order to have a mini two lap sprint with a standing start.

Lewis Hamilton was set to win when he got a great start, only to have his “magic” button on which meant he locked up and gifted Sergio Perez the victory. It was certainly dramatic with Sebastian Vettel and Pierre Gasly taking the podium.

Even though his team won at Monza, team principal Christian Horner believes the race should have got back to green flag racing.

“We don’t want to win a race a safety car,” Horner told Sky Sports. “There was enough time to go racing. We would like to have won the race on the track.

“It was all set for a grandstand finish and it goes against the principles that we have discussed previously.

“They had more than enough time to get that going. We need to go through the details of it.”

Toto Wolff added: “This time they followed the rules, maybe they could have done it a lap early to let George through. This is how it should be.”

With hindsight, he should have red flagged the race but in his head, he believed there would have been one or two laps of green flag racing at the end.

Maybe F1 should consider having a mandatory red flag if there’s a safety car in the final five laps, if they truly want to have a race at the end so we don’t get these damp squibs.

That said, Grand Prix ending under safety car isn’t anything new and it generally happens once or twice a season.

What have the FIA said?

After the Italian GP, the FIA put out a statement to give their perspective on the race ending behind the safety car.

“While every effort was made to recover Car #3 [Ricciardo] quickly and resume racing, the situation developed and marshals were unable to put the car into neutral and push it into the escape road,” read the statement.

“As the safety of the recovery operation is our only priority, and the incident was not significant enough to require a red flag, the race ended under safety car following the procedures agreed between the FIA and all competitors.

“The timing of the safety car period within a race has no bearing on this procedure.”