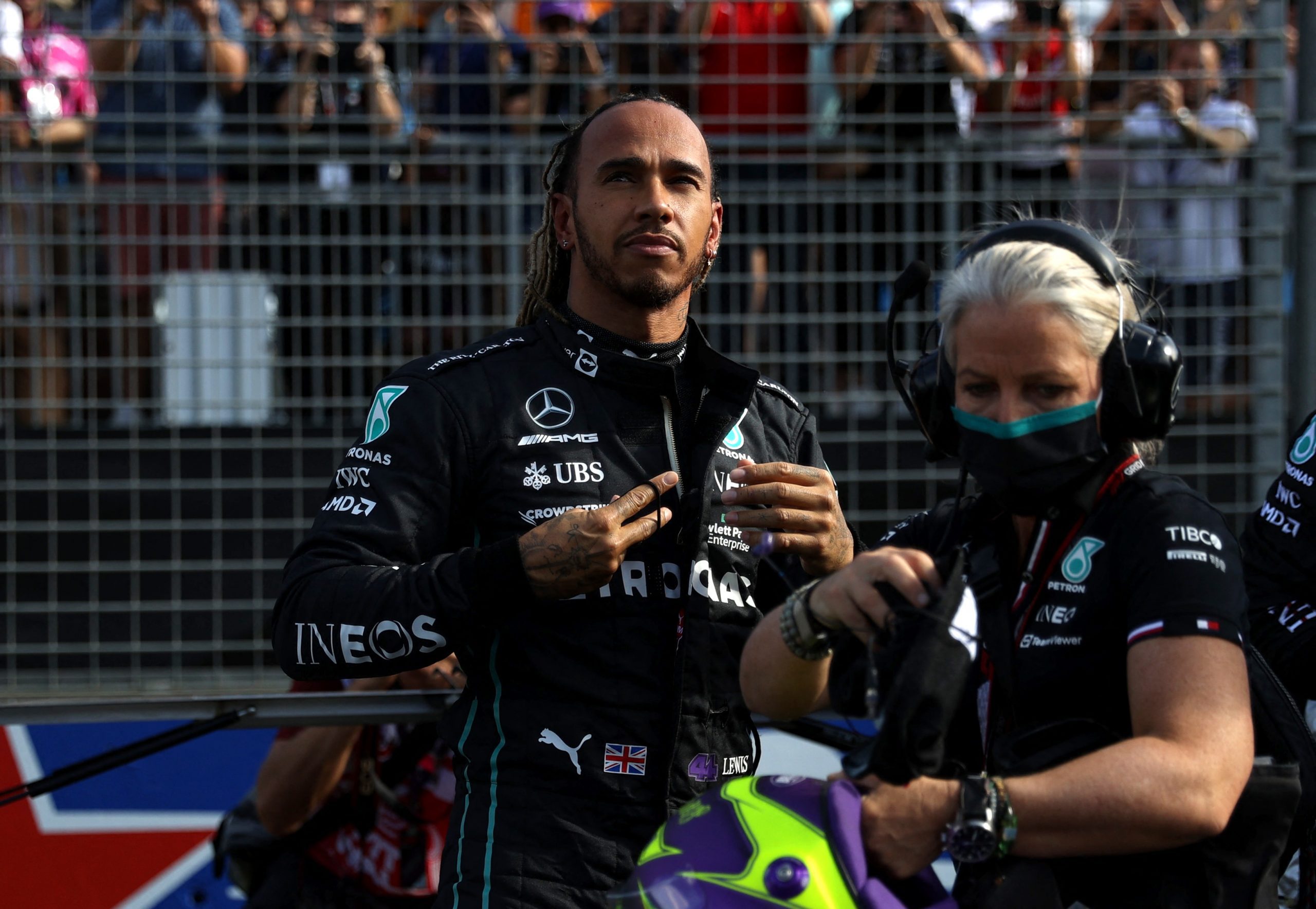 Former Red Bull driver Mark Webber is backing Lewis Hamilton to bounce back despite his poor start to the 2022 F1 season.

The seven-time World Champion has already written off his chances of winning an eighth after another poor showing at Imola, where he finished 13th.

With just 28 points to his name, 58 fewer than 2022 Driver Standings leader Charles Leclerc, Hamilton is already looking to the future, however Webber believes a comeback is all but inevitable.

“I think people are being pretty harsh, pretty fast on Lewis,” said Webber prior to the Formula E race in Monaco.

“In Bahrain he drove brilliantly to third place. In Saudi Arabia there was a Safety Car involved there with a pit stop.

“Same in Melbourne. So I think there have been quite a few points he’s missed through no fault of his own.

‘It’s only Imola where he had a tricky qualifying and race. Of course, everyone’s forgetting how the other points were lost through no fault of his own.

“Lewis is at his most dangerous with his back against the wall. He’s never short of motivation – that’s why he’s probably the greatest of all time.”

One driver that hasn’t struggled so far in 2022 is George Russell. The Brit has settled into life at Mercedes following his move from Williams, finishing in the top five at all four races so far this season.

His performances have earned him praise from Webber, who believes young drivers should always look to put pressure on the established guard, like Hamilton.

“George is driving brilliantly – very, very good for him – and it’s good to have the youngsters threatening the established drivers,” said Webber.

“That’s what it should be about – Lewis would never shy away from that.”