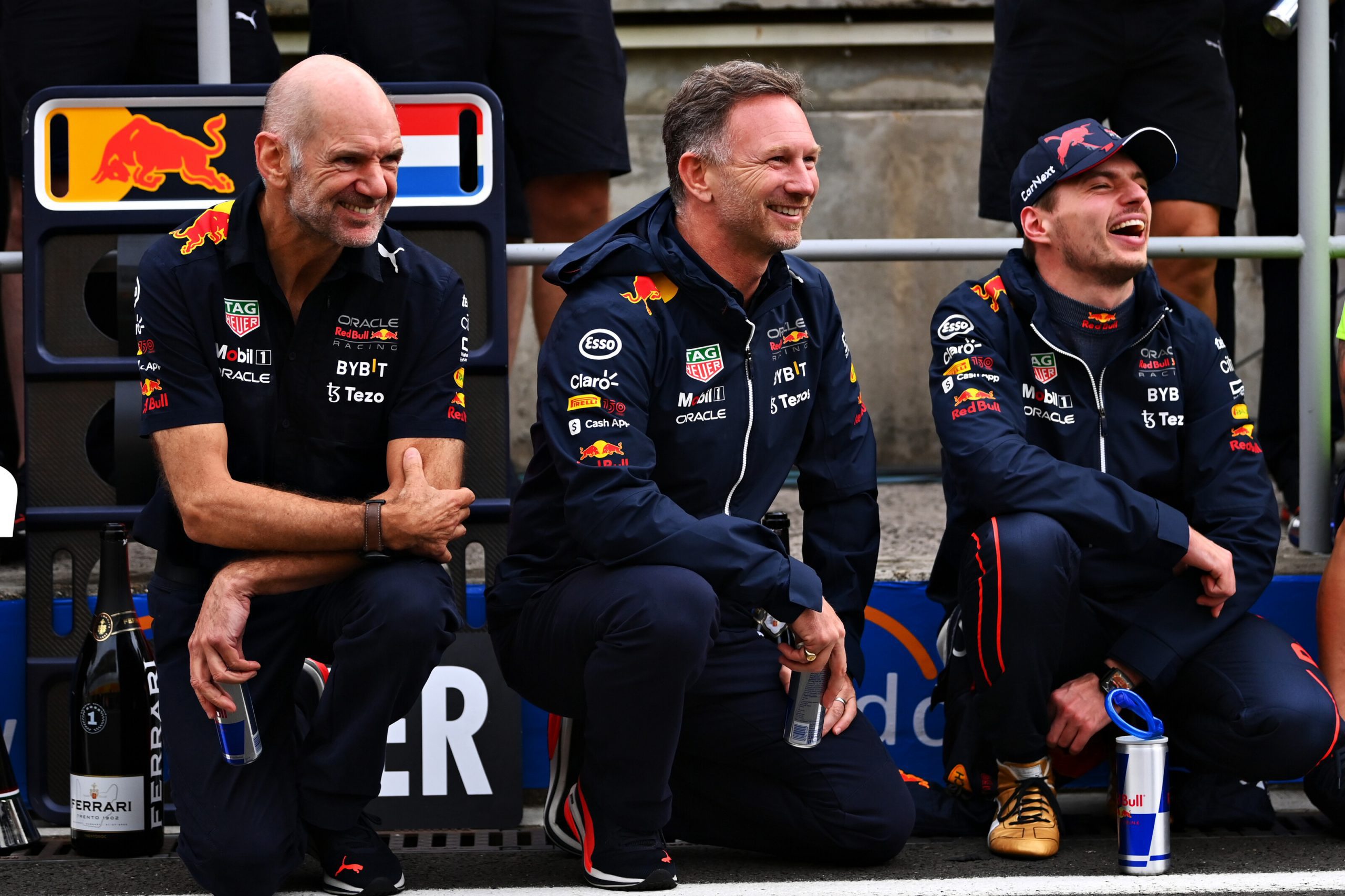 As Max Verstappen continues to dominate the 2022 Formula 1 season, 1997 world champions Jacques Villeneuve has branded the Red Bull driver a machine after his stunning win at the 2022 Hungarian GP.

Verstappen started the race at the Hungaroring in 10th place after a problem in Qualifying, but sensationally caught and leading pack, who were 10 seconds ahead of the Red Bull at one point, and a brilliant strategy call gave Verstappen the win.

“The first half of the season has been amazing, really beautiful to watch and exciting,” Villeneuve said in his column for Formule1.nl.

“A lot has happened but what I find so incredible is that Max Verstappen has built up such a huge lead.

“It’s not a foregone conclusion, as there are still quite a few races to go. But if the trend continues, if Verstappen keeps driving at this level and Red Bull also keeps developing, it will be very difficult to stop them.

“Max is a machine, it’s amazing. He wasn’t even tired yesterday, I don’t even think he needs a holiday! He is driving so strong this year, the team doesn’t make mistakes.

“And when something does go wrong, he and Red Bull always create the best conditions to put things right. they don’t put any pressure on themselves and then they play it brilliantly.”

Villeneuve also pointed to the fact that the Red Bull car seems to have been developed more in the direction of Verstappen’s driving style, which has come at the detriment of teammate Sergio Perez.

“Incidentally, it seems that the car is falling more and more in Verstappen‘s direction,” Villeneuve said.

“Sergio Perez has lost his mojo a bit since Monaco, which is really strange. He is having a hard time since the car has been updated, as if it works better with Verstappen’s driving style.

“Before that it was the other way around, which is strange.

“That could be because Verstappen is more involved, but it’ s not like they are saying ‘now we are going to develop updates which make Verstappen drive better than Perez’.”

Ferrari have come under fire for their decision to put the hard tyre on Charles Leclerc’s car, while Alpine also fitted the hard tyre, with both choices proving disastrous.

“Something else that amazed me yesterday were the decisions that were made,” Villeneuve continued.

“Formula 1 is the premier class of racing, everything is top notch. Not just the drivers, but also the mechanics, engineers and strategists.

“How can multiple teams, not just Ferrari, make the decision to go for the hard tyre? Even after Alpine had shown that it was a worthless tyre. Are they not watching the race, or what?

“Something is going horribly wrong here. It is incomprehensible that something like this should happen in a sport where only the best of the best are employed.”