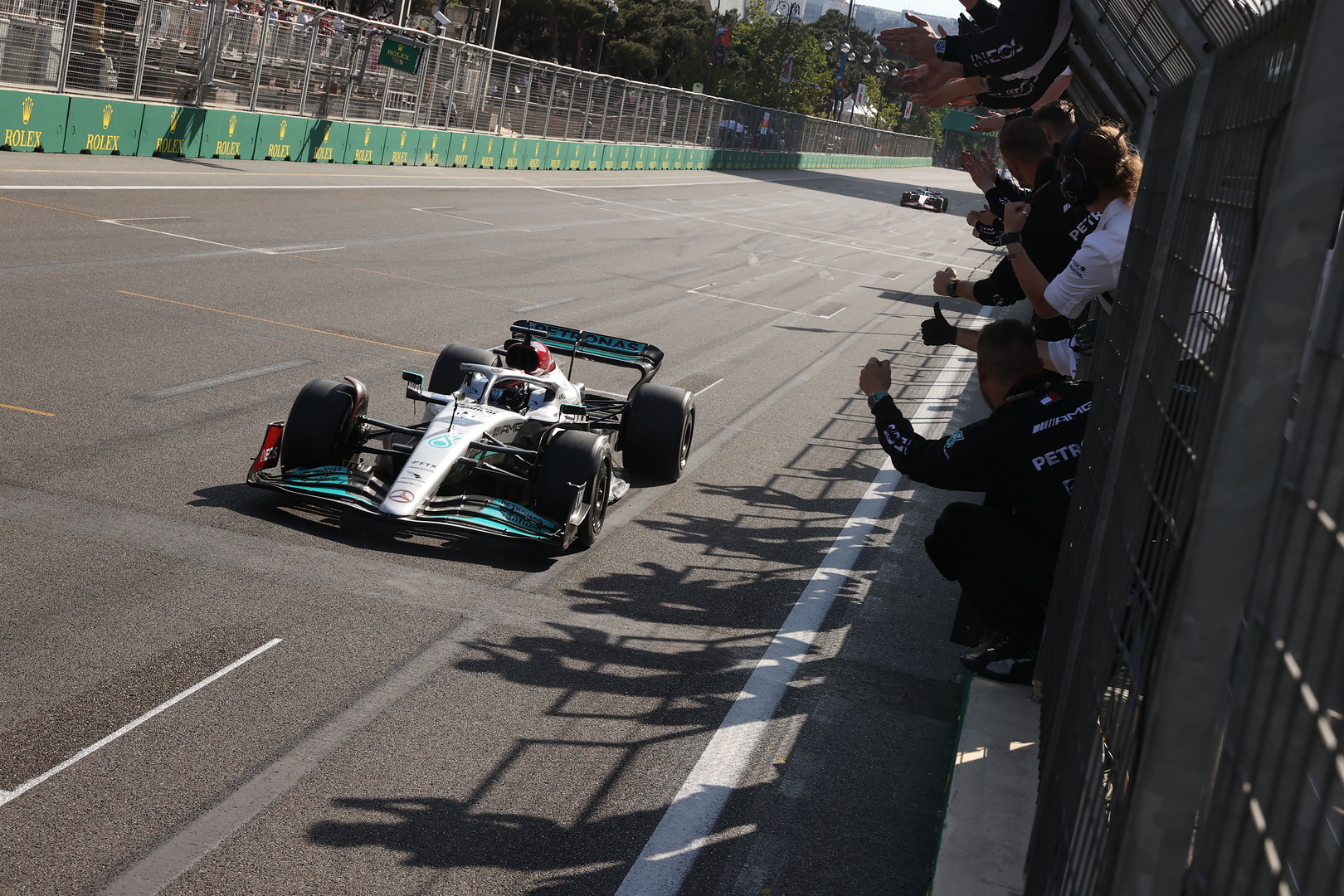 Former F1 world champion Jacques Villeneuve thinks raising the ride height would alleviate the issues faced by Lewis Hamilton, with the seven-time world champion suffering from back pain throughout the duration of the recently concluded Azerbaijan Grand Prix.

The 2022 Azerbaijan Grand Prix saw the Mercedes team come away with third and fourth with George Russell claiming his third podium finish of the season.

Hamilton, who complained about his back hurting over the radio on numerous occasions, claimed a hard-fought fourth place, with the Mercedes driver benefitting from a timely Virtual Safety Car period.

“I understand Russell and Wolff’s concerns but I have the solution for Mercedes: raise the car’s ride height,” Villeneuve wrote in his column for Formule1.nl.

“Nobody is forcing them to drive so low, perhaps the car is sensitive to this due to minimal sidepods. But Wolff’s call for a change of rules is, in my opinion, nothing more than the usual political game in Formula 1.

“Mercedes will do everything they can to get close to Red Bull and Ferrari, just as they have wanted to change as little as possible in recent years.”

Having raced during the 1990s Villeneuve has first-hand knowledge of how challenging it can be to race with a car that’s so low to the ground.

The Canadian thinks Hamilton’s complaints should be noted as a back injury can end a driver’s career prematurely.

“Hamilton is having a hard time, also with his back problems,” Villeneuve stated.

“That is a serious matter: damaged vertebrae can cause you problems for months if not years. In the 90s we also had this problem because we were so low to the ground.

“I remember clearly that I once hit a bump in Argentina and saw stars. It felt like an electric shock went right through my body.”

Mercedes are currently third in the Constructors’ Standings, 38 points behind Ferrari, who suffered a double DNF in Azerbaijan.