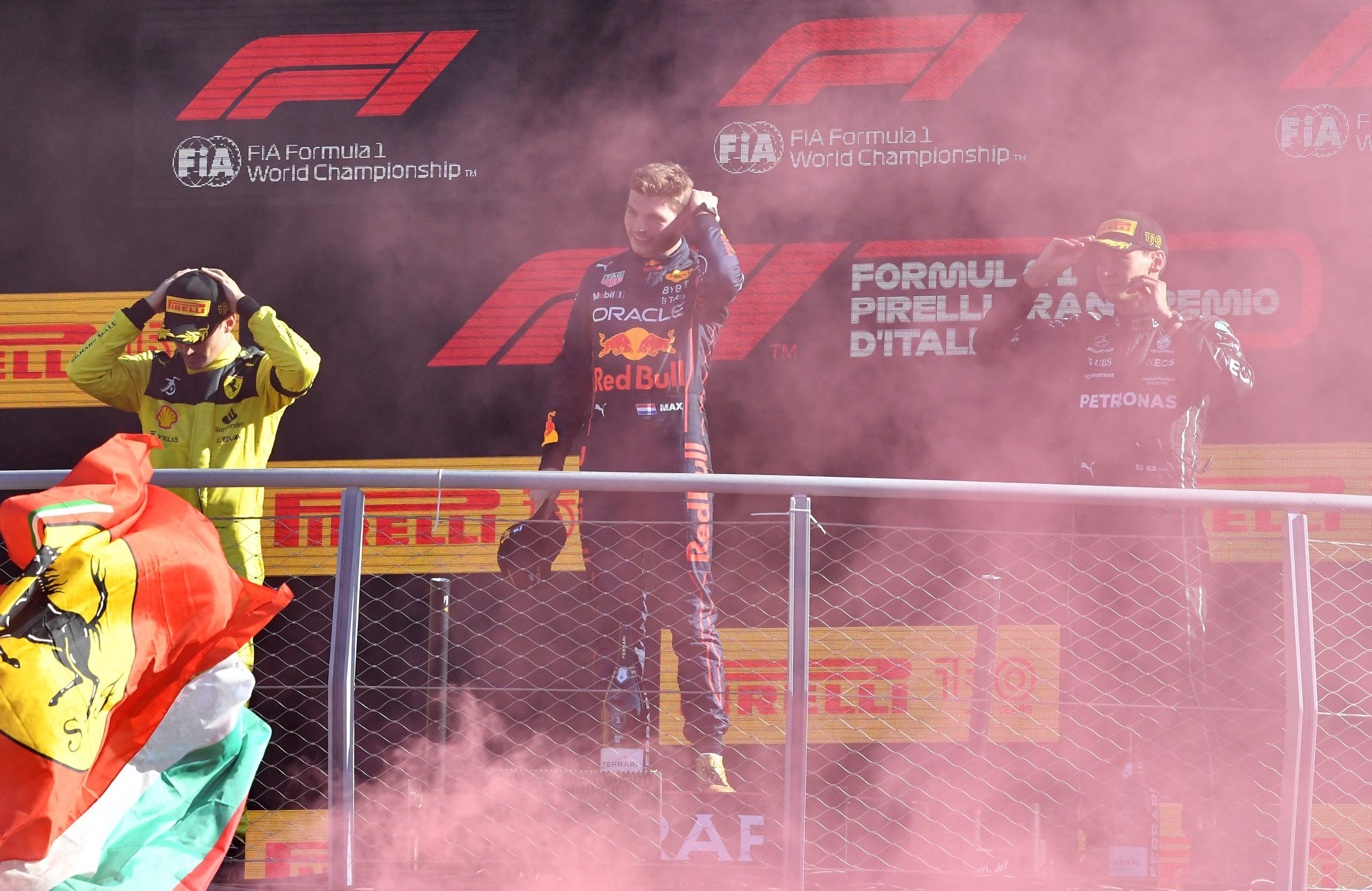 After being roundly booed by the fans at the 2022 Italian Grand Prix, Max Verstappen has admitted that he isn’t fazed by the atmosphere from non-Red Bull supporters.

While many believed the initial reaction from the crowd, which was audibly heard via the team radio feed, was due to the race ending under the Safety Car.

During the post-race interviews and on the podium, Verstappen specifically was given a hostile reaction by the Italian fans, unhappy that he beat Charles Leclerc in the Ferrari.

“The atmosphere, for me, was not amazing,” Verstappen told the press. “But it is what it is.

“When it happens, of course, everyone speaks to me about it with the booing and stuff. But at the end of the day, I’m here to try and win the race, which we’ve which we’ve done.

“Some people of course they can’t appreciate that, but that’s of course because they’re very passionate fan of a different team and is what it is.

“It’s not going to spoil my my day. I’m just enjoying the moment.”

Leclerc meanwhile was supportive of Verstappen and doesn’t think booing of rival drivers is something F1 needs.

“I don’t think anybody likes booing, and I think it shouldn’t happen,” Leclerc said. “That’s it.

“Then for the for the flares. Personally, I think it’s okay when it’s used maybe before the formation up or laps to the grid or something.

“But then sometimes during the race, it can be a bit confusing for us. It’s the way it is after the checkered flag there was a little bit [of smoke from the flares] but to me, this was not too disturbing.”