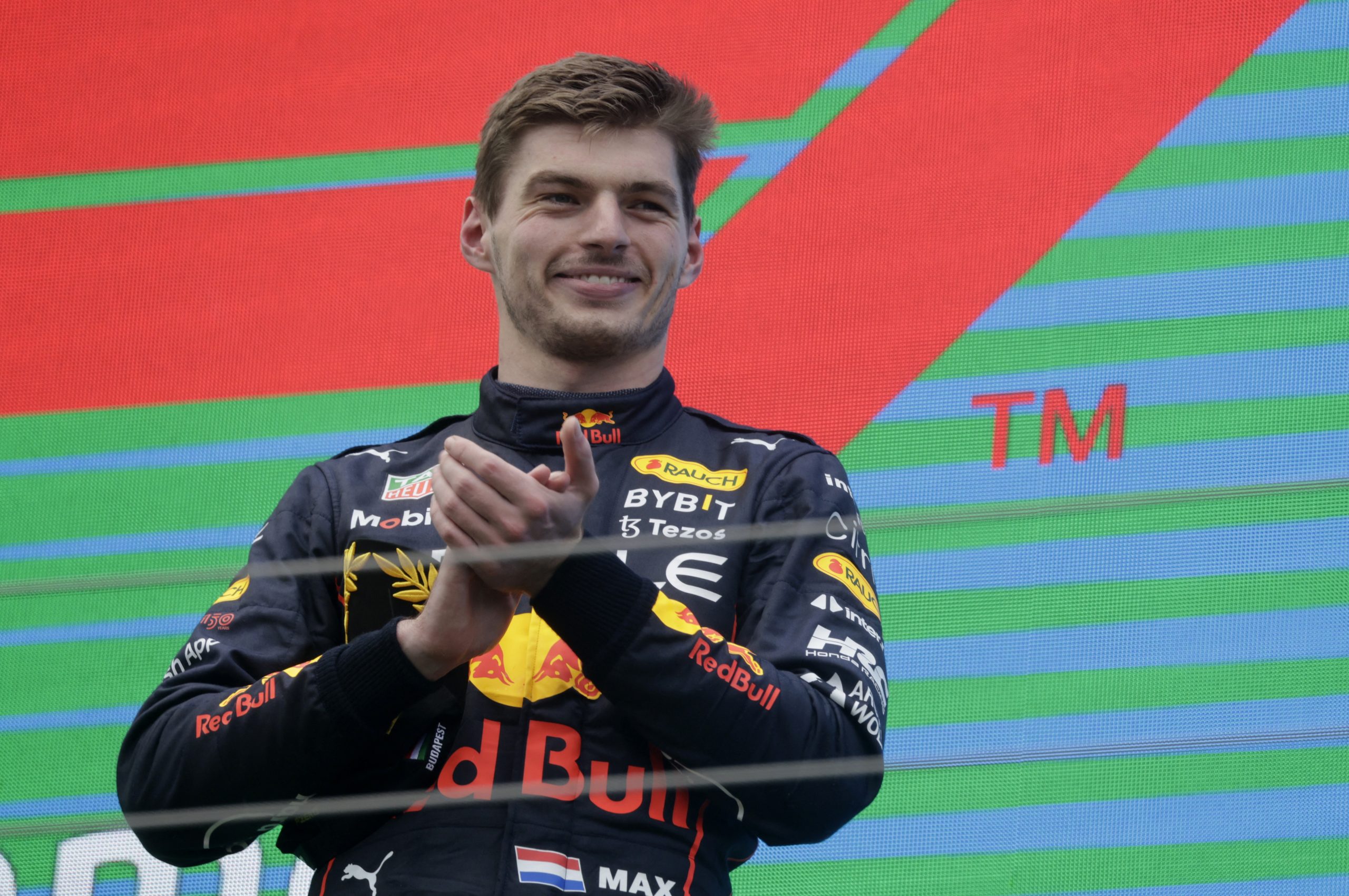 Max Verstappen has criticised Ferrari‘s management of Charles Leclerc‘s 2022 Hungarian Grand Prix, saying they made the wrong decision to put Leclerc onto the hard tyres.

After passing George Russell for the lead halfway through the race, Ferrari called Leclerc to pit for hard tyres on Lap 39 and he could never get the rubber to work, twice being overtaken by Verstappen before his team admitted defeat and switched him to softs.

“I think also Ferrari chose the wrong tyres in their final stint before they then pitted again,” Verstappen told the press.

“Because before that I think they were quite strong as well. And yeah, it was just being on the right tyre, you know.”

The final pitstop put him down to sixth place and Leclerc couldn’t make any headway up the field.

The result means Ferrari wasted another opportunity to overhaul Verstappen in the championship, the Dutchman went on to win the Grand Prix after starting in tenth and now has a crushing 80-point lead in the Driver Standings.

“You can’t afford many mistakes,” Verstappen piled on, when asked about the importance of relying on his pit wall to execute competent strategy.

“It’s incredibly important if you want to fight for a championship. It’s of course, very hard, to always be on the good side, let’s say it like that.”

In stark contrast to Ferrari, all three of the podium finishers confirmed they never considered using the hard tyre in the race.

George Russell said Mercedes built their strategy around the medium and soft compounds, with the Silver Arrows gaining a double-podium out of Ferrari’s mishap.

“We were planning to start on the Hard tyre, but then I went to the grid on the Soft tyres, and I was already struggling for grip,” Verstappen added.

“So I was like ‘no way we’re going to start at the hards’. I’m very happy that we did, because, yeah, the Hard tyre was really, really tough.

“And you could see that with Charles and Carlos, they were sliding around a lot. So, that was after we made up our minds with the Soft, that was never, I think, a consideration.”