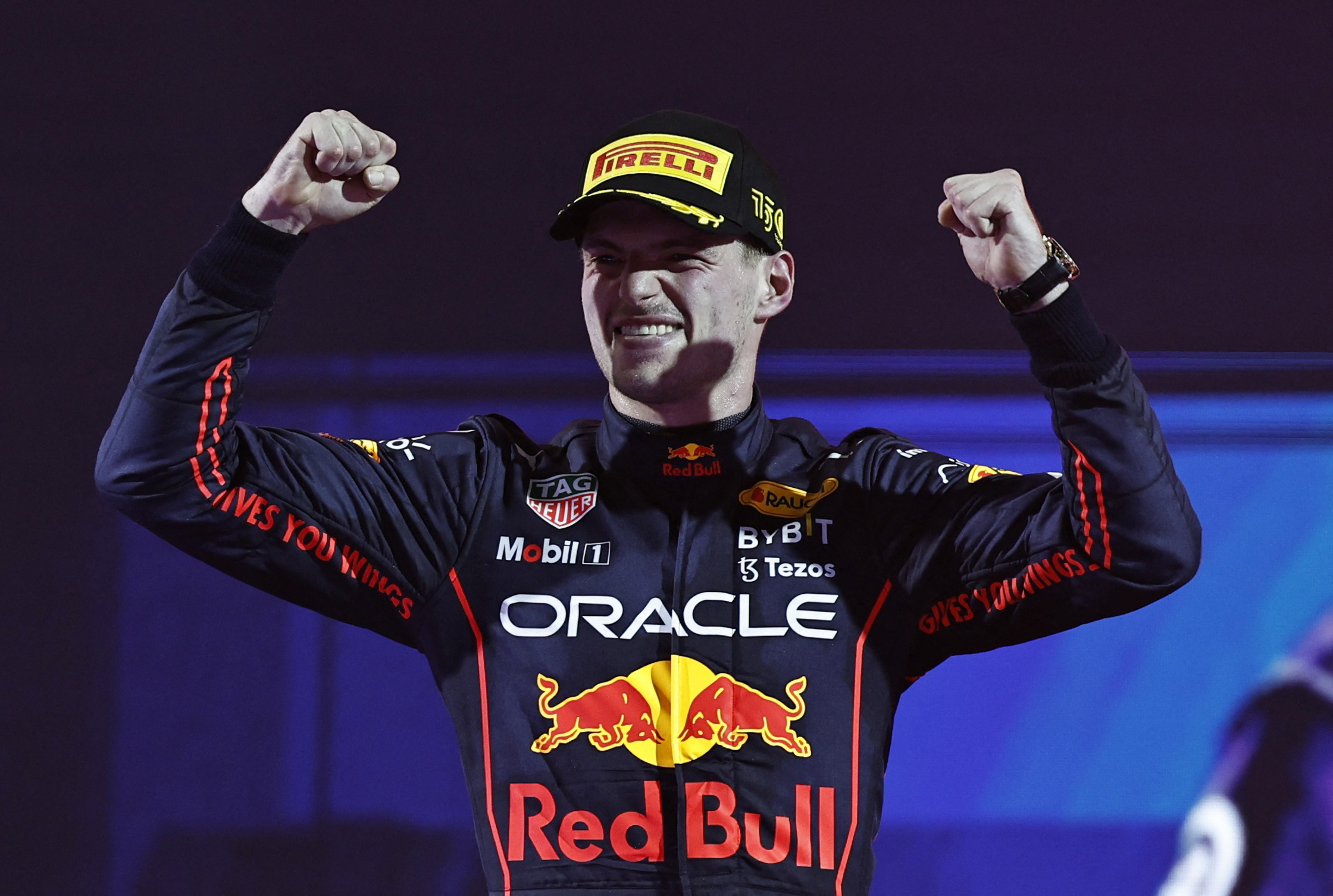 Max Verstappen came out on top following a thrilling battle with Charles Leclerc during the closing stages of the Saudi Arabian Grand Prix. Verstappen took the lead with three laps to go, having made several attempts to take first place from Leclerc in the final 10 laps.

It was a much-needed result for Verstappen, after he failed to score points at the season-opener, whilst Leclerc retains the championship lead.

Carlos Sainz finished in third, ahead of Sergio Perez who suffered some misfortune when he lost the lead due to the timing of the safety car in the early part of the race.

A battle to remember

Leclerc appeared to have the pace to keep Verstappen at bay, but the battle for the lead was on following a late virtual safety car for Daniel Ricciardo‘s and Fernando Alonso‘s stricken cars at the entry of the pit lane.

Verstappen overtook Leclerc at the last corner with eight laps to go, but the Ferrari driver got back past on the main straight.

Both drivers wanted to not be first at the final turn because they wouldn’t have DRS on the start/finish straight.

Leclerc made the most of this trick when Verstappen attacked him on the following lap by slamming the brakes, which forced Verstappen to also brake hard. Cleverly, Leclerc responded by flooring the throttle to scamper away.

It took Verstappen three laps to chase Leclerc again, before he judged the final corner antics perfectly to have DRS and blast past with three laps to go.

Despite a final pursuit from Leclerc, Verstappen held on to hit back and win his first race in 2022.

Pole-sitter Perez had done everything right in the opening stint of the race, as he comfortably led the pack up until his pit stop.

Ferrari told Leclerc to “box to overtake” which triggered Red Bull to bring Perez in. Unfortunately for Perez, Nicholas Latifi crashed at the final corner which caused a safety car.

This allowed the rest of the field to pit, including Leclerc, Verstappen and Sainz, so they had a cheaper pit stop and jumped Perez.

Perez initially emerged ahead of Sainz for third place, but gave the place back as Ferrari claimed the Mexican was not ahead at the white line at the end of the pit lane which dictates who gets the position when cars merge during safety car conditions.

Sainz and Perez didn’t have the pace of their respective teammates, as they fell behind and settled for third and fourth.

Lewis Hamilton started from 15th, having been eliminated from the first part of qualifying on Saturday. Hamilton, along with Kevin Magnussen and Nico Hulkenberg were the only drivers to start on the hard tyre.

When the safety car came out, they opted to stay out which vaulted them up the order. The virtual safety car for Ricciardo and Alonso‘s reliability retirements gave the trio an opportunity to pit.

However, Mercedes called Hamilton in too late and moments later the pit entry was closed. Magnussen and Hulkenberg just pitted in time to take advantage of the situation.

When Hamilton pitted, he came out in 12th and could only move up to 10th to claim one point on a dismal weekend for the seven-time world champion.

The early part of the Saudi Arabian GP saw Esteban Ocon and Alonso trade positions multiple times as they aggressively raced each other lap after lap. Alonso needed to robustly overtake Ocon at Turn 2 to eventually make the pass.

Valtteri Bottas was involved in the Alpine scrap too, but he was wheeled back into the garage when on course for points.

Then, Alonso began to slow down when running in sixth place, reporting that he had no power, before coming to a halt just after Ricciardo‘s stricken car at the pit entry.

Norris nearly made a last lap overtake on Ocon, but didn’t have the power to surge past in the final sector.

Pierre Gasly scored his first points of the season in eighth, whilst Kevin Magnussen added to his fifth place from Bahrain by finishing ninth.

Alex Albon and Lance Stroll collided on the penultimate lap of the race, whilst Yuki Tsunoda and Mick Schumacher failed to start the race.

Tsunoda stopped on the way to the grid with a power unit issue, and Haas opted to not start Schumacher due to the damage his car sustained from his big crash in qualifying.