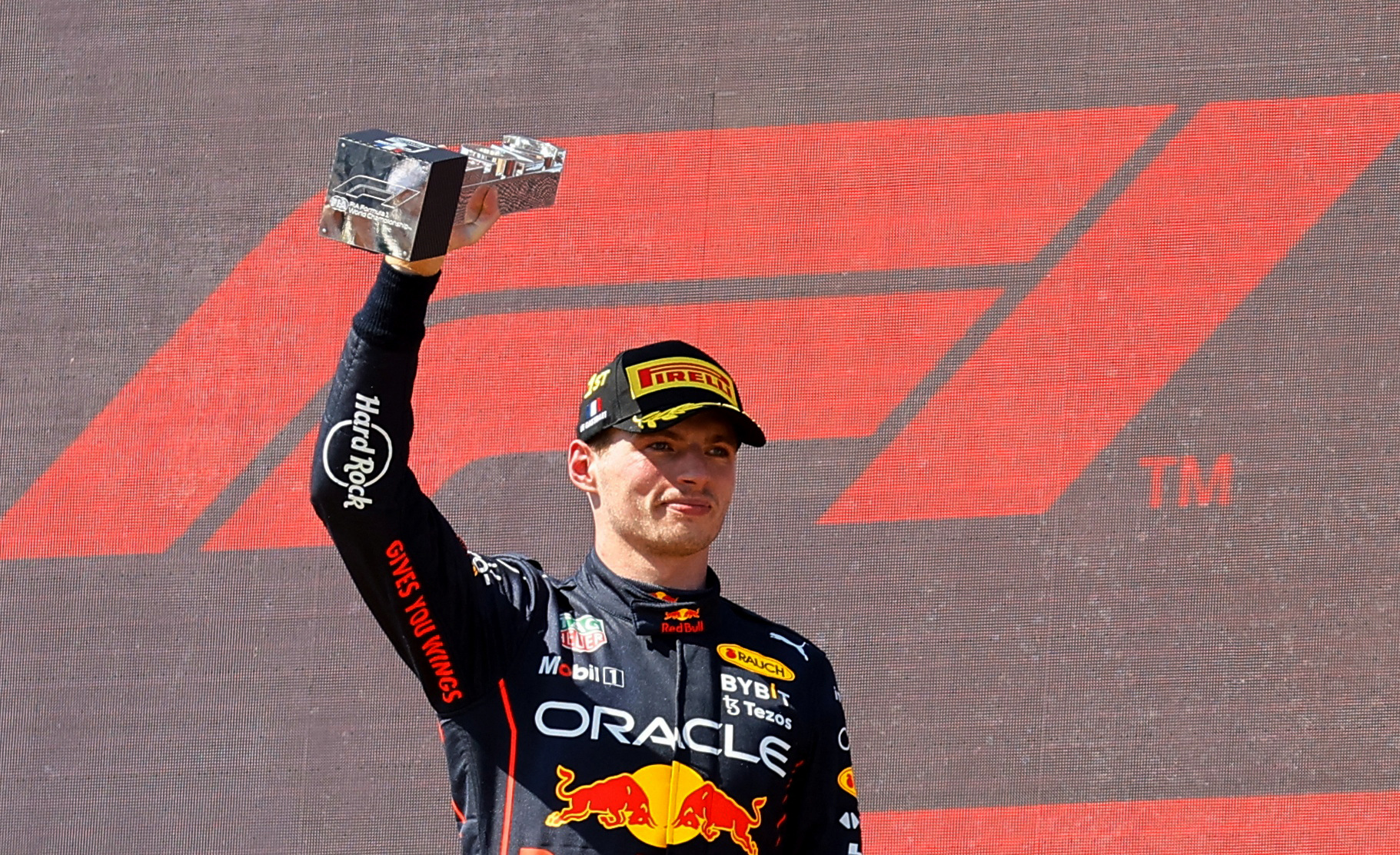 Despite finding it impossible to get past Charles Leclerc’s Ferrari in the early stages of the 2022 French GP, Max Verstappen admitted he was somewhat comfortable with how the race was panning out.

Leclerc though, lost the rear end and spun into the tyre barrier just as Verstappen had come out of the pits, handing the Red Bull driver a comfortable win at the Circuit Paul Ricard.

“I thought he would be faster,” Verstappen told the press.

“I thought it would be very hard to follow. But immediately, I could see that our balance was not bad.

“I stayed in his DRS for quite a while, but around here even driving on your own the tyres are already getting really hot. So I think by doing that, towards the pit stop, my tyres were a bit too hot.

“That’s why I think he pulled away a little bit. But it wasn’t anything, like, drastic, the way he was pulling away.

“I still had good hope that we would have had a good fight on the other compound as well.”

After being out paced in Austria, Verstappen admitted he was looking to see if his Red Bull had the capability to follow closely in France, which he believes it did.

“I was very happy because I wanted to see immediately if we could follow or not compared to Austria where it was the other way around,” Verstappen went on, “where you know, I was in the lead, but I could barely hold on.

“But this time I think we were a lot more competitive. Of course, our straightline speed was very beneficial, but because of that, of course, in the high-speed we had to be a bit more careful.

“I think we had really good pace from the start. I was putting pressure on Charles. But following around here with this heat, you know, the tyres are overheating a lot.

“So I could never really like go for a move, only once, into Turn 11. But yeah, we just tried to stay calm, tried to stay close. Of course we pitted a bit earlier.

“From there onwards, you never know how the race is going to go. But the car was quick today.”