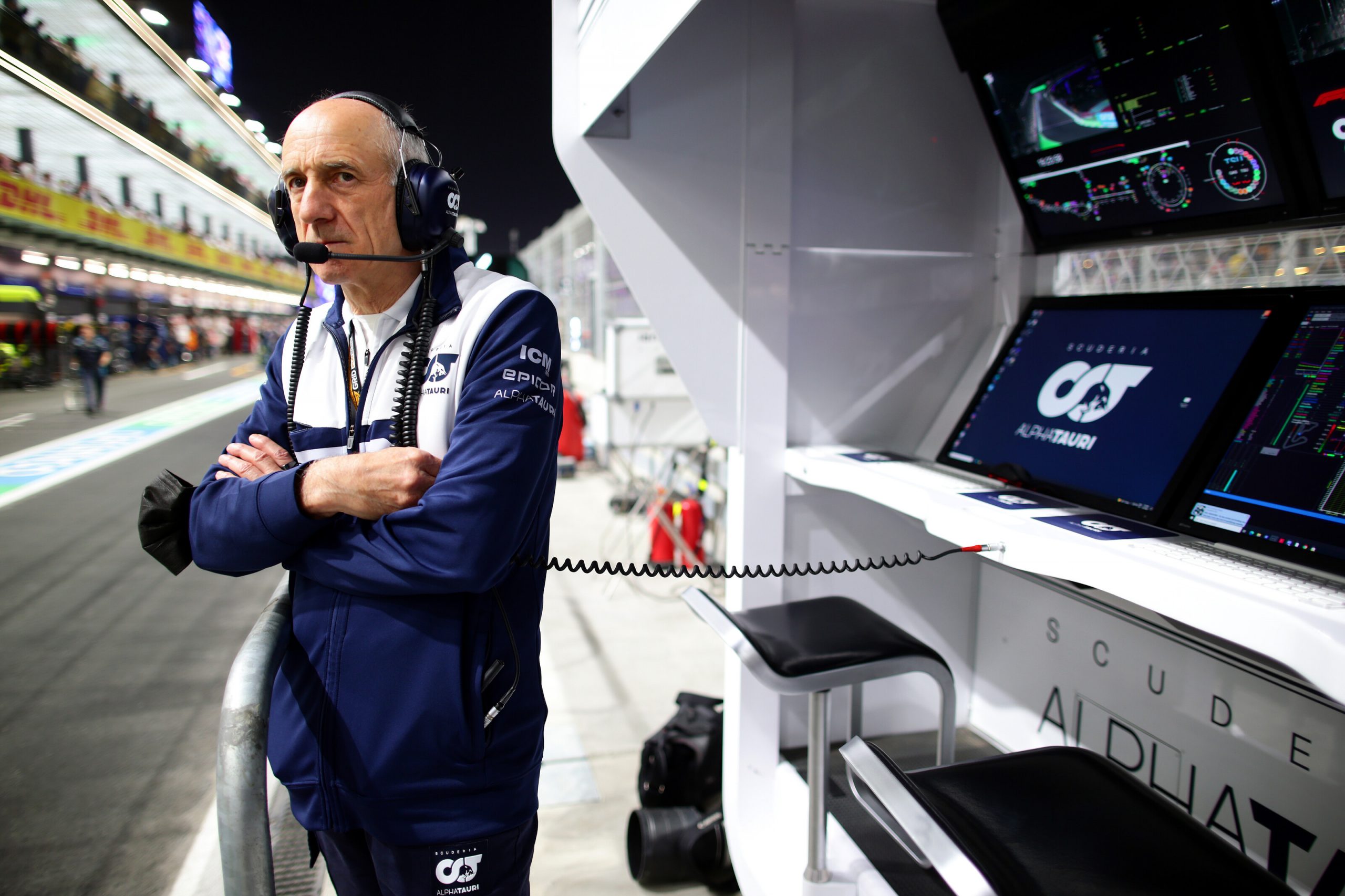 Franz Tost has endorsed Max Verstappen as the best driver on the Formula 1 grid and highlighted his similarities to Michael Schumacher while also naming the only driver he thinks can challenge the Red Bull man.

The AlphaTauri team principal had Verstappen under his guidance for 23 races from 2015-16 before the Dutchman was promoted to Red Bull, where he immediately made his presence known with a debut win at Barcelona.

“You could see what a mega talent Max was, he immediately reminded me of Michael Schumacher,” Tost said in an interview with F1-insider.com.

“Nevertheless, we haven’t seen the maximum from him yet.”

However, he wasn’t so glowing about Lewis Hamilton or Carlos Sainz, saying both are below Verstappen‘s level and likely to stay there.

“Only Charles Leclerc can come close,” Tost added. “Lewis Hamilton has already suffered too much from the ravages of time.”

“[Sainz] is performing very well at Ferrari and can be on a par with Leclerc if everything goes right. But in terms of basic speed, Leclerc is two-tenths faster.”

Alongside Verstappen, Tost has seen plenty of other race winners come through his stable since being appointed head honcho at Toro Rosso back in 2005.

He’s been at the helm of the Faenza team for all 22 of their seasons under Red Bull ownership and helped Sebastian Vettel, Daniel Ricciardo and Pierre Gasly establish themselves in F1.

However Vettel, the breakthrough star of the Red Bull Junior Team, nearly didn’t get that shot.

“Sebastian came to Toro Rosso because we needed a replacement for Sebastian Bourdais,” Tost said. “But there was a lot of discussion about him beforehand, not everyone was convinced by him.

“I really wanted him, he was a super talent for me and I had a similar impression of him to Michael Schumacher at the beginning. Thank God Dietrich Mateschitz decided in his favour.”

Whilst Vettel is still arguably the Red Bull icon, winning four champions in Milton Keynes in the team’s most successful period, it’s often forgotten that he made his entry into F1 through BMW Sauber.

“You have to know that Sebastian, who was previously a test driver for BMW, got involved in the political games there,” Tost recounted.

“BMW, like Mario Theissen, wanted to keep him, others, Sauber people, didn’t. That rubbed off on our discussions.”

From one great German to another, Tost was also instrumental in helping Schumacher’s early motorsport career, when working with Schumacher‘s eventual manager Willi Weber.

“The first time I really noticed him was in a Formula Ford race in the rain at the Salzburgring,” Tost said.

“He lapped the entire field, I was standing at the track with Willi Weber at the time to watch him.

“It was about whether we should sign him for Willi’s F3 team for next year. I said to Willi: ‘You don’t have to worry about Michael. He’s worlds faster than anyone else’.”

“Ralf was never in the right place at the right time – otherwise he would have won titles like his brother, he had the speed to make it,” Tost said.

“What cost him speed in the end were two extremely serious accidents, you couldn’t put them away so easily.”

Tost ended his trip down memory lane by returning to his present-day charges, saying Pierre Gasly could be at the front with the right car.

He was more cautious on Yuki Tsunoda though, saying the 22-year-old needs to mature inside the helmet.

“Yuki has a crazy basic speed,” Tost said, “but he has to be clearer in his head.

“He needs to drive more deliberately, not so emotionally. If he can make that jump to the next mental level, he can become a great pilot, but it’s up to him now.”