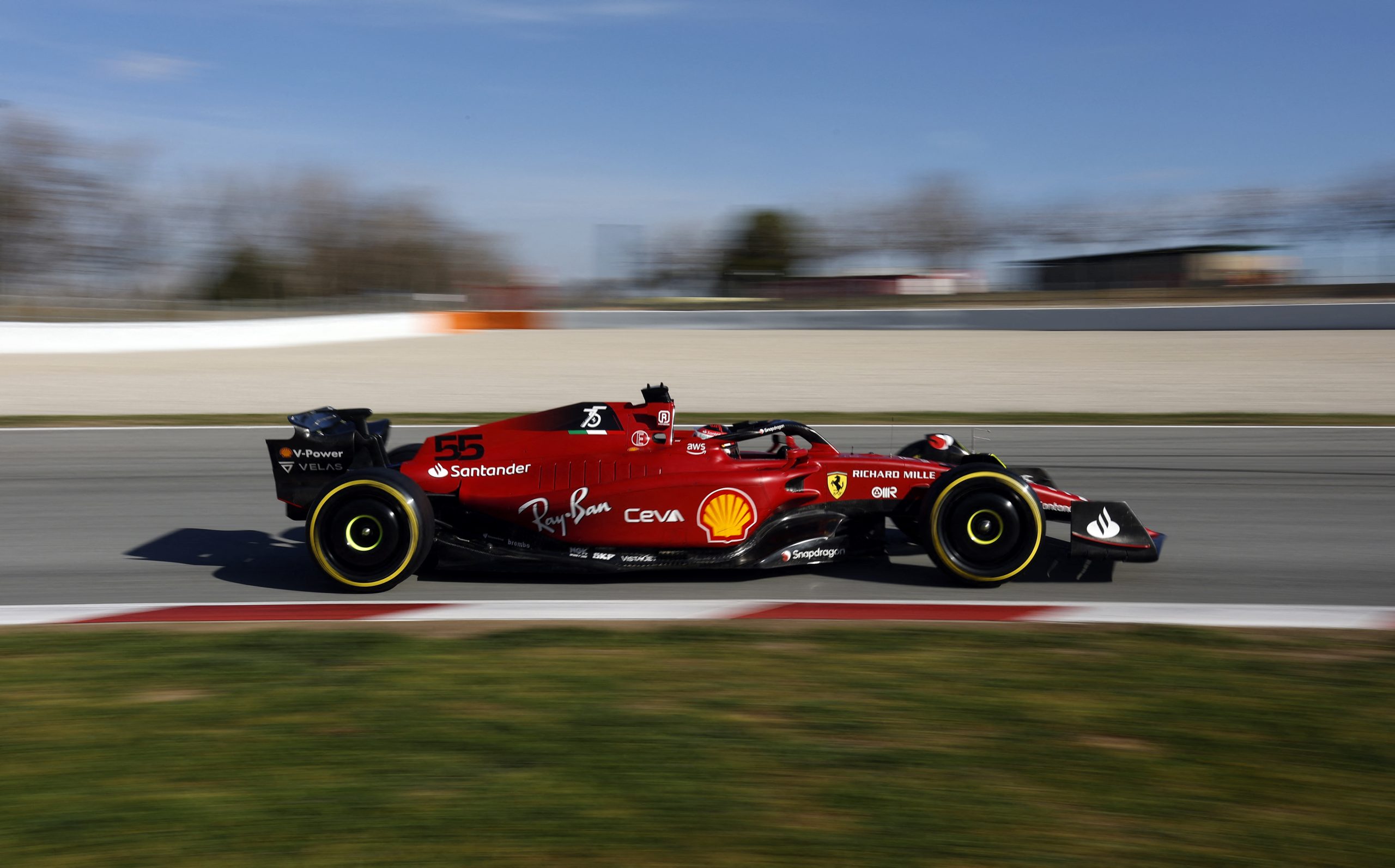 Another dry, calm day at the Circuit de Barcelona-Catalunya provided the perfect conditions for the teams to continue gathering data, as Charles Leclerc topped the timing sheets.

Leclerc’s 1:19.689 was still one tenth slower than Lando Norris‘ time from Day 1, although the McLaren driver used a softer tyre compound.

Red Bull were the biggest losers on Thursday, as a suspected gearbox problem limited Sergio Perez‘s running, whilst porpoising became a major story.

Leclerc and Carlos Sainz will be delighted with Ferrari’s trouble-free running so far. In the slow final sector, Leclerc was two tenths of a second quicker than the McLaren of Daniel Ricciardo despite using the harder C3 tyre, compared to the Australian on the C4 compound.

Of course, we have no idea about the fuel loads and it’s easy to get sucked into looking at sector times.

What we can say is, Ferrari appear to be at the very pointy end of the grid and having a car which is strong in the slow speed corners is a handy asset to have.

After Ferrari‘s impressive pre-season test in 2019, their fans will be fully aware that testing doesn’t always show who has got the fastest car.

Nevertheless, topping the mileage charts for the first two days is an excellent start for the Italian manufacturer.

What is porpoising in F1?

Talk about porpoising gathered momentum throughout day two and it’s a problem which many teams are struggling to deal with.

Porpoising is when the airflow suddenly changes due to air pressure, causing the car to bounce violently as the downforce from the ground effect tries to drag the car to the ground.

A simple fix is to raise the ride height, but this will cost performance and will change how the car works.

Some of the footage of porpoising during testing so far has been very dramatic, and even pace-setter Leclerc was getting bounced around down the main straight.

A poor day for Red Bull

Perez jumped into the RB18 in Spain for the first time, only for a gearbox issue to bring him to a halt during the morning session.

The Mexican didn’t appear until four hours later, so completed just 78 laps when every other team, apart from Alfa Romeo, hit triple figures.

Although the team say it was a gearbox problem, you have to wonder whether it was something more significant because four hours is a long time to not run for a gearbox issue.

Red Bull are the only ‘big hitters’ to not show anything noteworthy in testing yet, and there are two ways to interpret that.

They are either very confident and are happy to do longer runs and get through their programme, or their car isn’t as strong as they hoped. There’s no need to panic for Perez and Max Verstappen yet though.

Alfa Romeo with time to make up

The team who have lost the most ground during the first two days of testing are Alfa Romeo.

Porpoising particularly hampered the C42 on Wednesday, so the team spent much of the morning trying to find a solution.

However, it cost Valtteri Bottas valuable track time as he completed just 21 laps in the morning before handing over to Guanyu Zhou.

Zhou had by far Alfa Romeo‘s best session so far, as he did just over a race distance to give the team some encouragement.

Even though Ferrari and McLaren have impressed during the early stages of F1 testing, nobody has completely shone and the indications are that the field has tightened up.

We’re still not closer to finding out who has the car to beat than we were after day one and there are still no trends or patterns to suggest one team will dominate.

For the good of the sport, everything in testing so far are great signs that F1 will have a very competitive grid in 2022.