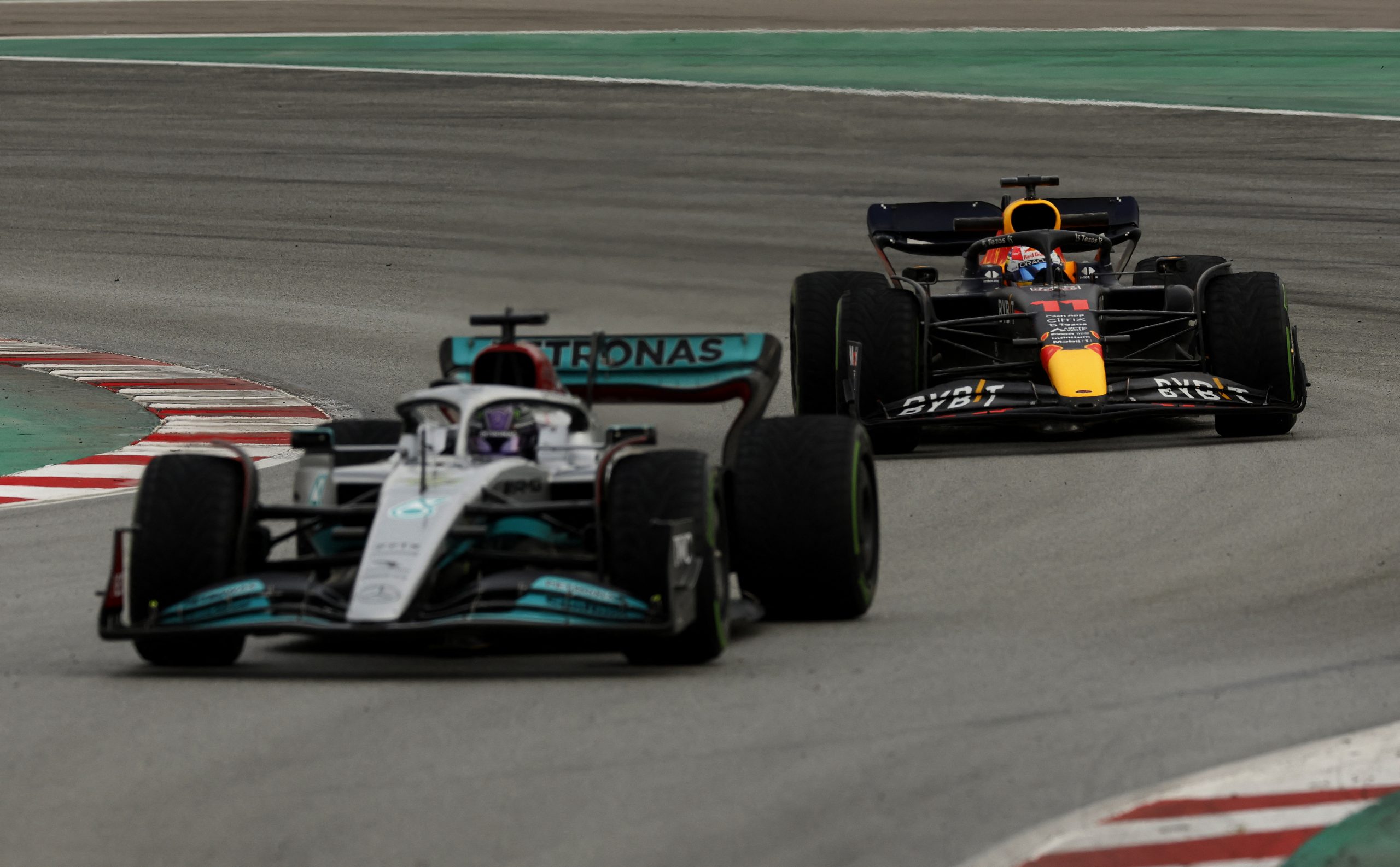 The final day of pre-season testing came to an end in at the Circuit de Barcelona-Catalunya with the Mercedes cars of Lewis Hamilton and George Russell posting the best times of the day.

After a winter plagued by intrigue over his future, Hamilton left Spain with the best time of the three days of 1:19.138, set on the supersoft C5 tyres, as he sent a message to his new teammate and the rest of the grid.

Red Bull got themselves near the top of the timesheet with Sergio Perez and Max Verstappen ending the day in third and fourth, respectively. The new RB18 looks to be one of the fastest cars once again.

After Mercedes and Red Bull, the reemergence of Ferrari as challengers seems to be the main story to come from Montmelo, with the Scuderia maybe just a couple of tenths down on their rivals. Friday saw the Italian team a little more subdued in comparison to their spectacular first two days in Barcelona.

We also saw some wet weather running at the end of the final day which gave us a glimpse into the new aero changes for 2022.

Despite having the best time inn pre-season testing, Hamilton was coy as to whether Mercedes were the team to beat in 2022.

“It’s been an interesting few days,” Hamilton said. “It’s not been the easiest or smoothest running. We have had some obstacles to overcome.

“We would always want more laps but I am happy with today, we have had 100 laps, which for a half-day wasn’t too bad.”