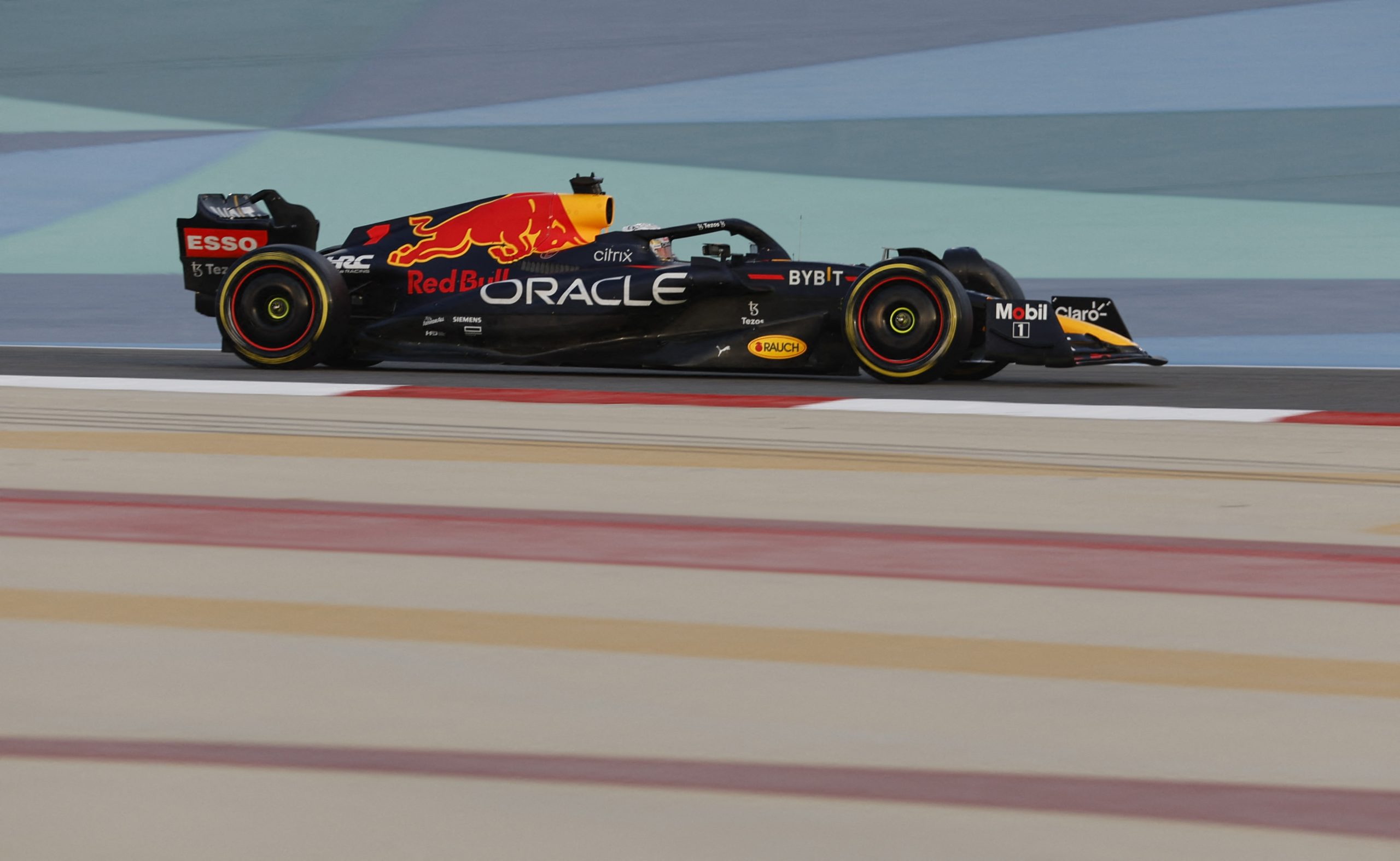 Red Bull stole the show on the final day of Formula 1 testing in Bahrain, as current world champion Max Verstappen put in a blistering lap late on which easily topped the timesheet.

A time of 1:31.720 gave Dutchman a gap of 0.695s on the Ferrari of Charles Leclerc who was initially second on the day, as the Italian team put in another solid showing. Fernando Alonso was fourth fastest and completed a whopping 122 laps.

Haas had another two hours of running time after they missed Thursday morning’s session due to freight delays, and Mick Schumacher put his car second behind Verstappen.

Porpoising has been the order of the day in Formula 1 testing, with all teams experiencing the phenomenon to some degree.

“I think porpoising, as we call it now, it’s not gone, but much better compared to our pace in Barcelona, and it was one of our priorities after the Barcelona testing, so it looks good,” Leclerc said.

“We are working well, and any time we find ourselves in a difficult place, we have managed to work and get out so it’s positive, for now.”