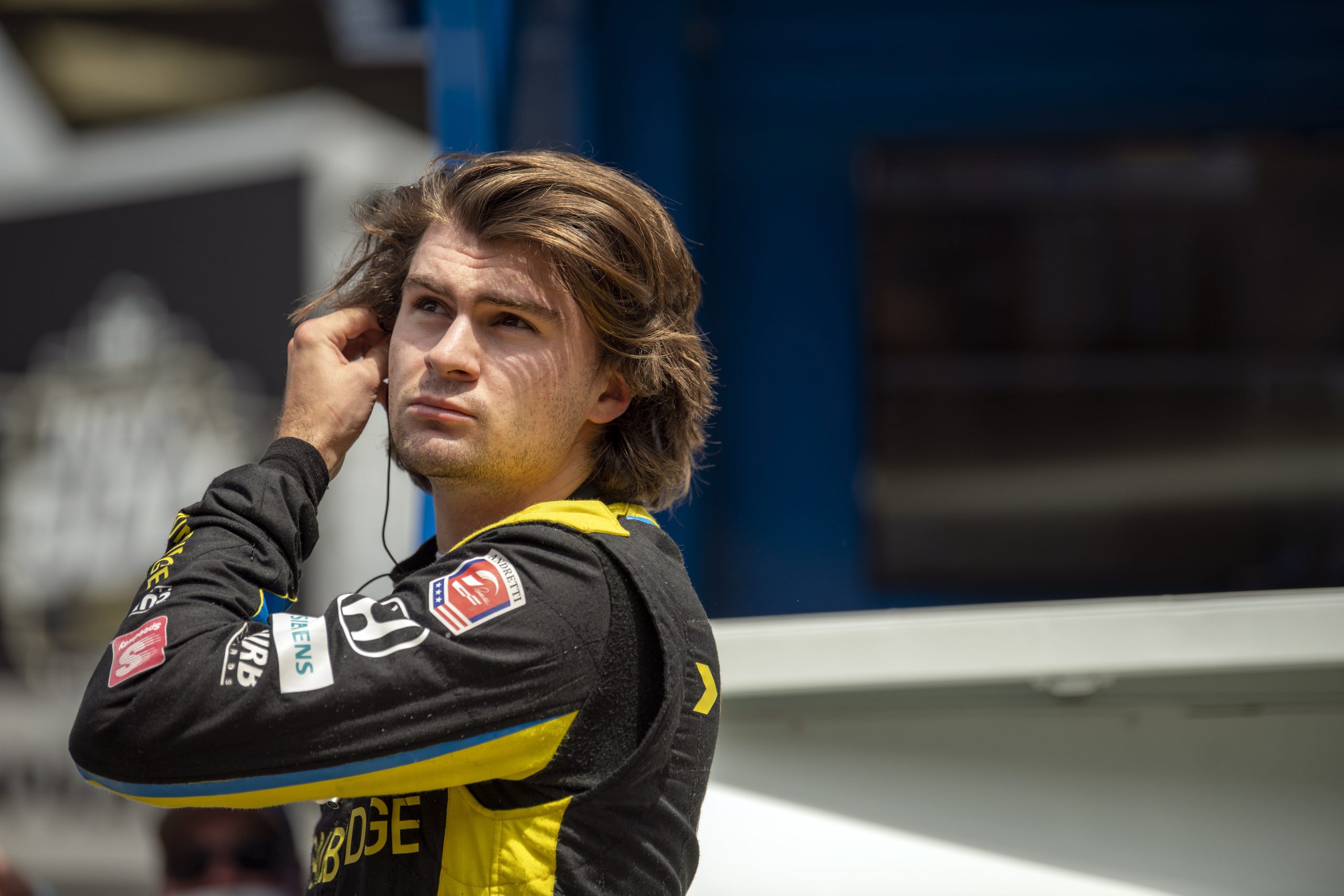 Formula 1‘s super licence was designed to prohibit the likes of Max Verstappen coming into the sport without enough single-seater experience, but it’s now stopping drivers who are more than talented enough to be part of the grid.

Young IndyCar star Colton Herta has been reported to have agreed a deal to join AlphaTauri for 2023, with Pierre Gasly joining Alpine to replace Fernando Alonso. However, there is one big hurdle to overcome which is preventing these moves from happening.

Herta doesn’t have enough super licence points to secure a place in F1. He is set to have 32 points, depending on where he finishes in this year’s IndyCar championship which finishes this Sunday, which is eight points short of the 40 required.

Red Bull say they are in talks with the FIA to allow Herta onto the grid anyway, but the main point here is, we shouldn’t even be discussing this. Something needs to change about the super licence regulations or the points that are awarded.

This is bigger than Colton Herta

Forget Herta for a moment, the key thing here is why IndyCar is completely undermined by the super licence points system.

How can it be that a fourth place finish in the IndyCar championship awards the same amount of points as DTM, which is not even a single-seater series. How can winning Formula Mazda equate to fourth place in IndyCar? The list of examples is endless.

IndyCar requires just as much skill as F1, it’s single-seater racing at high speeds, on great old-school circuits in a highly competitive field.

For a big more perspective, Romain Grosjean, Marcus Ericsson, Alexander Rossi and Takuma Sato technically wouldn’t be allowed to drive in F1 because they do not have enough super licence points.

All four of those drivers have raced in F1, Grosjean the most recent in 2020, so it’s ludicrous that they wouldn’t be able to return to the grid.

Quite frankly, finishing in the top five in any IndyCar championship over the last decade should be enough to drive in F1.

Will there be an exemption for Herta?

“From my point of view, it has nothing to do with force majeure, because you have championships everywhere in the world that you were able to score points, if the FIA want to stop the process of the points, and the super licence it’s another story,” said Vasseur.

“But they can do it and it’s up to them to decide if they want to stop the system and we can survive without the system, but nothing to do for me with force majeure.”

Steiner added: “I think we have got rules and regulations which we need to respect. If we don’t respect our own rules and try to find ways around it I don’t think that’s correct.

“I mean, we could then apply that to other things as well and I’m not speaking in general about rules. It’s like, we made them ourselves, if we signed on to them, there is a governance and we need to respect it.”

Herta is McLaren‘s test and development driver, having tested the team’s 2021 machine earlier this year at Portimao.

Andreas Seidl was in the same press conference as Steiner and Vasseur, and stated he would be happy to see some flexibility for Herta.

“[I am] absolutely open for some flexibility there and handing a guy like Colton the super licence,” said Seidl.

“In the end, with what he has shown so far in his racing career, I have no doubt that he is absolutely able to compete in F1.”

Do super licences need to exist?

In an era where there are so many talented drivers, F1 is in a great place. There need to be more teams, which looks unlikely to happen but let’s save that for another day, and fans want to see the best grid possible.

Common sense needs to prevail here because if a driver like Herta isn’t allowed on the grid, something is wrong, very wrong.

As Vasseur alluded to, the original reason for the super licence is to make sure F1 doesn’t have lots of pay drivers who haven’t had good enough results in junior series.

That’s a fair point, but would that really happen now? Probably not. There wouldn’t be any more so-called pay drivers on the grid than there currently are.

Going back to IndyCar, the other reason the FIA may be reluctant to change the points system is because they want drivers to come through the Formula 4, Formula 3 and Formula 2 ranks.

For drivers, it would be much cheaper to go to America, race in Indy Lights and then IndyCar, rather than paying millions to race in F2 and F3.

If IndyCar was given the same points as F2 for instance, many young drivers would flock to the United States simply for cost reasons and the FIA wouldn’t want this.

For the sake of racing though, something must change. First, Herta must be given an exemption to race in F1 next year, especially when Liberty Media are pushing to truly crack the American market.

Then either IndyCar needs to be awarded more super licence points for championship finishing positions, or just get rid of the super licence altogether.