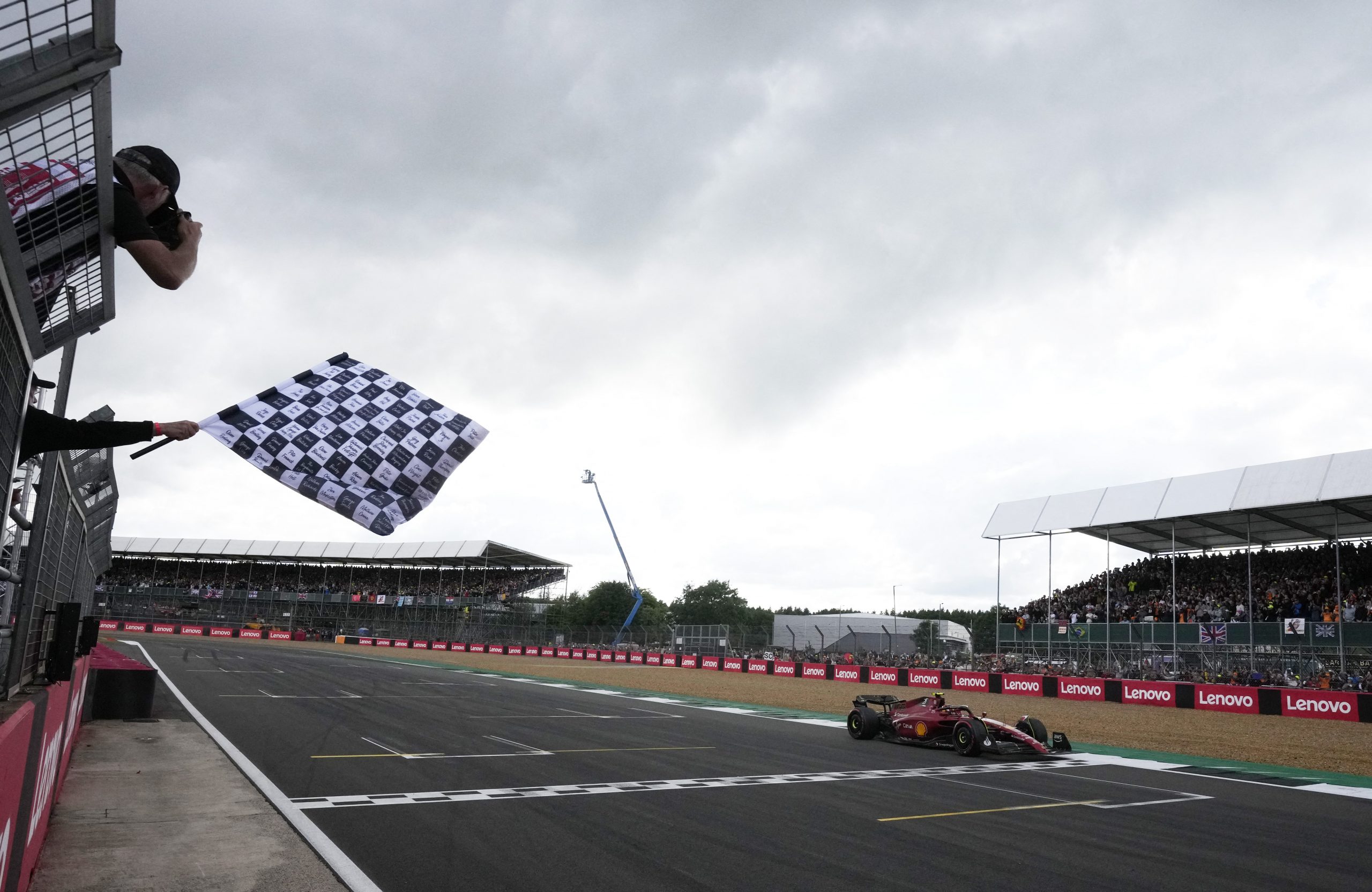 Carlos Sainz converted his first ever pole position in Formula 1 into his maiden Grand Prix victory at Silverstone in a dramatic race, beating out the Red Bull of Sergio Perez and home hero Lewis Hamilton.

In a 2022 British GP which was full of drama, the Spaniard managed to pass Ferrari teammate Charles Leclerc for the victory following a late Safety Car, with Perez rallying form slipping down the order following damage after the race restart after Zhou Guanyu’s crash to come home in second.

Meanwhile championship leader Max Verstappen‘s gap at the top of the Driver Standings has been cut after the Dutchman finished seventh at Silverstone, his car slowed down after suffering damage to the rear end and a puncture which took him out of contention.

Meanwhile in the Constructor Standings, Red Bull comfortably ahead of Ferrari despite the victory for Sainz and Verstappen‘s disappointing outing, with Mercedes in third.