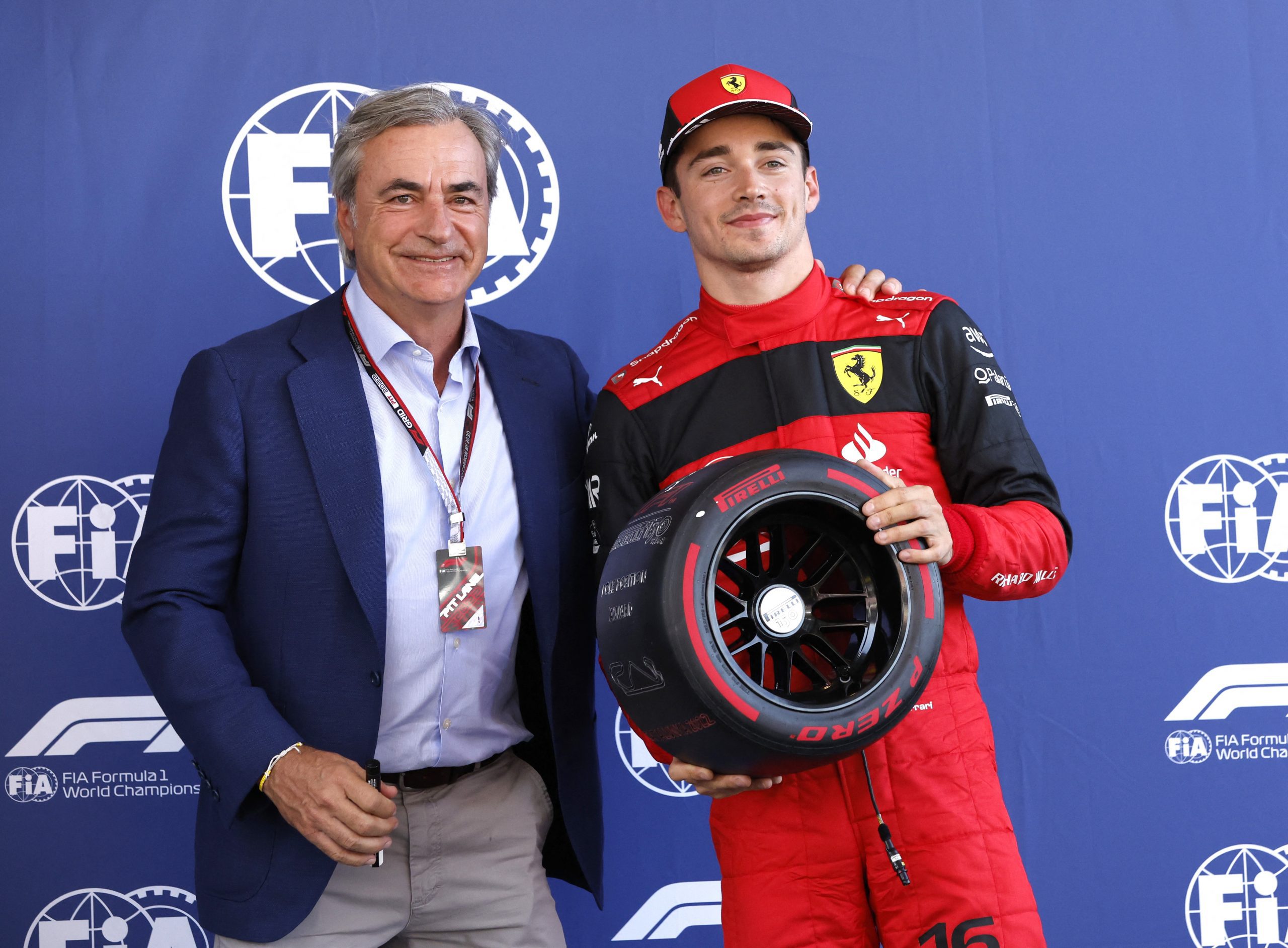 Charles Leclerc secured a dramatic pole position for the 2022 Spanish GP after a stellar final lap put him three tenths ahead of title rival Max Verstappen in second.

The top spot on the grid was by no means secure for Leclerc after his first flying lap in Q3 was ruined by a spin at the entrance of the Turn 14 chicane, forcing him to come back into the pits for new tyres and giving him one shot at pole.

Verstappen had posted a strong time of 1:19:073 in his first effort in Q3, and the reigning world champion had looked quick for Red Bull throughout the three sessions.

However, in the dying moments of the session Leclerc managed to pull a 1:18:750 out of the bag, putting him ahead of Verstappen’s previous best efforts.

Just as it looked like everything was building up to one last throw of the dice by Verstappen, the Red Bull driver began to complain of power issues – later identified as a failure of the DRS to open – which eventually forced him back into the pits, and he was unable to improve on the previous time.

Carlos Sainz, cheered on by an adoring Spanish crowd, was in third, while Mercedes’ George Russell continued his streak of second-row starts with a lap which was good enough for fourth.

Verstappen’s Red Bull teammate Sergio Perez was a few hundredths behind Russell in fifth, while Lewis Hamilton was not far behind again in sixth.

Valtteri Bottas once again performed strongly for Alfa Romeo in seventh, the Finn recovering from a disrupted build up in practice to put his car firmly in the top end of the grid.

Both Haas drivers made it through to Q3 for the first time since the Brazilian GP in 2019, with Kevin Magnussen eighth, while Mick Schumacher managed to secure 10th on the grid for the race in his first ever appearance in the top 10 shootout.

While the concern of McLaren was initially focussed on Daniel Ricciardo, who needed a strong final lap in the first two sessions of qualifying to make it through, it was Lando Norris who ultimately came undone.

The Brit had put in a lap right at the end of Q2 which was good enough to send him into seventh place, initially eliminating Schumacher.

However, the time was subsequently deleted, and so Norris tumbled back into 11th and out in Q2. McLaren appealed the decision, saying the stewards had been overly harsh in their application of track limits, but the complaint was dismissed.

Norris was just ahead of Alpine’s Esteban Ocon, who said on the radio after the session that the French team had left time on the table with changes made to the car.

The AlphaTauri pair of Pierre Gasly and Yuki Tsunoda, who once again have been struggling with technical issues across the weekend, qualified in 13th and 14th respectively, while Alfa Romeo’s Zhou Guanyu was back in 15th.

Home crowd hero Fernando Alonso had a disappointing weekend last time out in Miami, with a points finish over the line in 9th evaporating after the Spaniard was handed a five second time penalty for corner cutting, dropping him out of the points.

The Alpine driver criticised what he said was the “incompetence” of the FIA’s race direction in Florida and disputed the penalty in press conferences ahead of the race in Barcelona, and would have hoped to get back on track with a strong performance at his home race.

Unfortunately for the former world champion, the Alpine car looked off the pace in free practice, and that proved to be the case in qualifying as Alonso went out in Q1, with his time only good enough for 17th despite.

Both Williams drivers Alex Albon and Nicholas Latifi were down in 19th and 20th, alongside the Aston Martin pair of Sebastian Vettel and Lance Stroll.

Aston Martin were another team looking to change the trajectory of their so far underwhelming 2022 with significant upgrades brought to Spain.

A new floor and sidepods with a striking resemblance to the Red Bull car were unveiled, prompting speculation across the paddock and publicly from Red Bull team principal Christian Horner that the team had copied elements of their design.

Following an investigation, the FIA said the car was legal and no rules had been broken, but whatever changes were made ultimately proved fruitless as the Lawrence Stroll-owned outfit continued its streak of poor performances with both drivers at the back of the grid for the race once more.