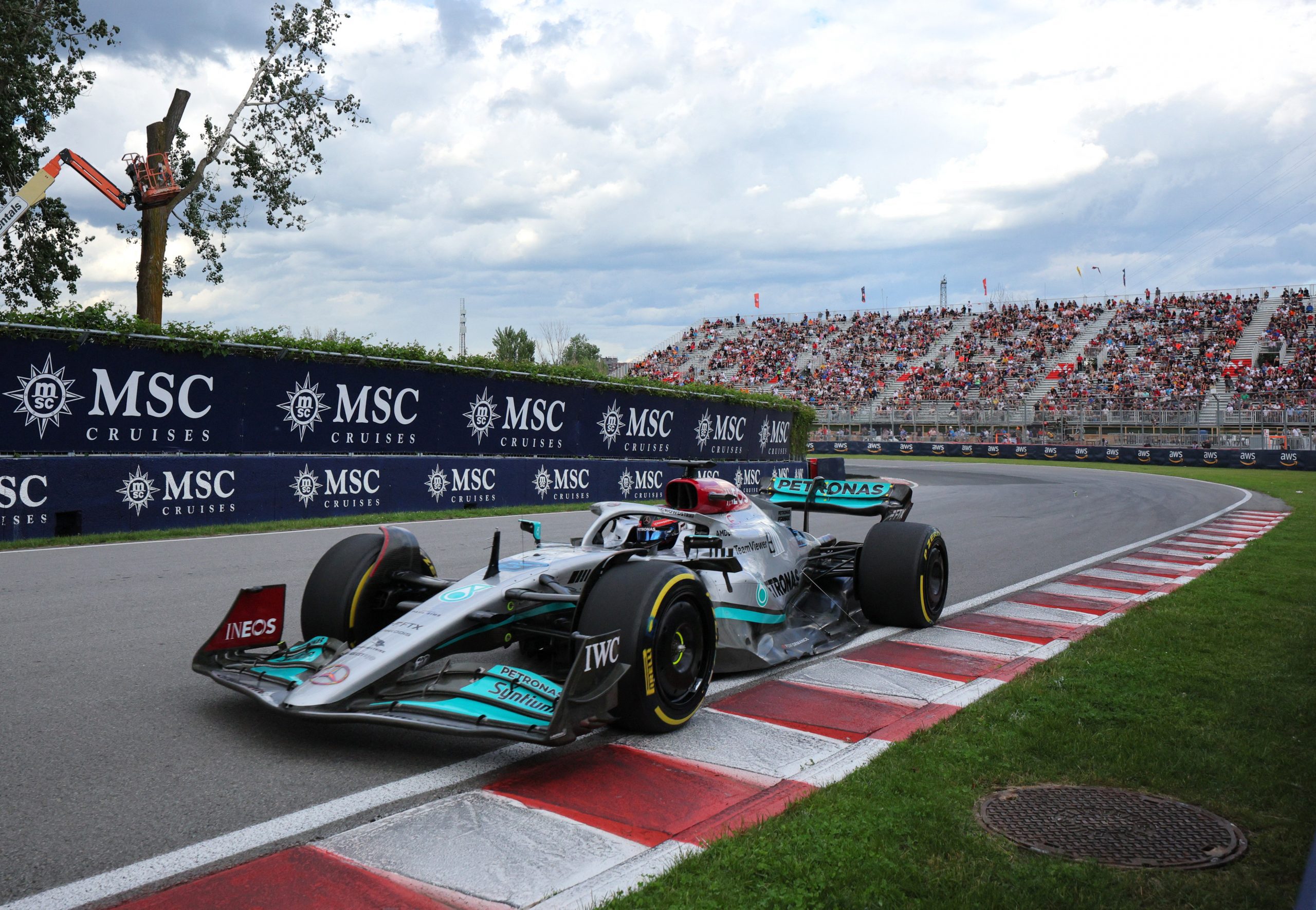 Mercedes trackside engineering director Andrew Shovlin says the team will be bringing “visible” upgrades to the 2022 British Grand Prix in an attempt to reduce the gap to Red Bull and Ferrari.

The Silver Arrows remain winless after the first nine races of the 2022 F1 season, with their best result being five third-place finishes between George Russell and Lewis Hamilton.

Mercedes looked much closer to Red Bull and Ferrari last time out in Canada, and Shovlin is hoping the upgrade package they’re bringing to Silverstone will help them take another step forward.

“We have got a package that we’ve been working on, and the reality is we’ve been updating the car pretty much every race, but fairly sort of subtle updates in the recent ones, trying a few experiments,” Shovlin told the F1 Nation podcast.

“But Silverstone is one of the target events for us where we’re going to bring a bigger, more visible package. Hopefully we’ll make a step forward, which is what we’ve been trying hard to do for the last few months.”

When asked whether the package includes something like new sidepods, Shovlin said the new components won’t involve anything radical.

“Not quite that radical, but we’re looking at different front wings, rear wings,” Shovlin said.

“There’ll be some changes on the floor. A few other other bits and bobs, but a lot of the development this year is going on under the cars where people don’t see it.

“This will be a bit more obvious to those looking.”

Mercedes can win a Grand Prix this year

Whether Mercedes can push for a win this weekend remains to be seen, but Shovlin says the team’s mindset is that victory is possible at some point this year.

“We’ve got the mindset that we can win Grands Prix this year,” Shovlin said. “We’ve seen that the race pace hasn’t been too far off at a few [races].

“In Canada there was still a significant gap, but it was a lot smaller than it had been in Monaco and Baku.

“That’s one of the reasons that we’re not prepared to just stop and say let’s shift the focus to 2023. We’re still trying to get the performance out of it, but I’d like to think we can win a race this year.

“And I know that the people that I work with, and the people within the team have the mindset that we can win this year.”