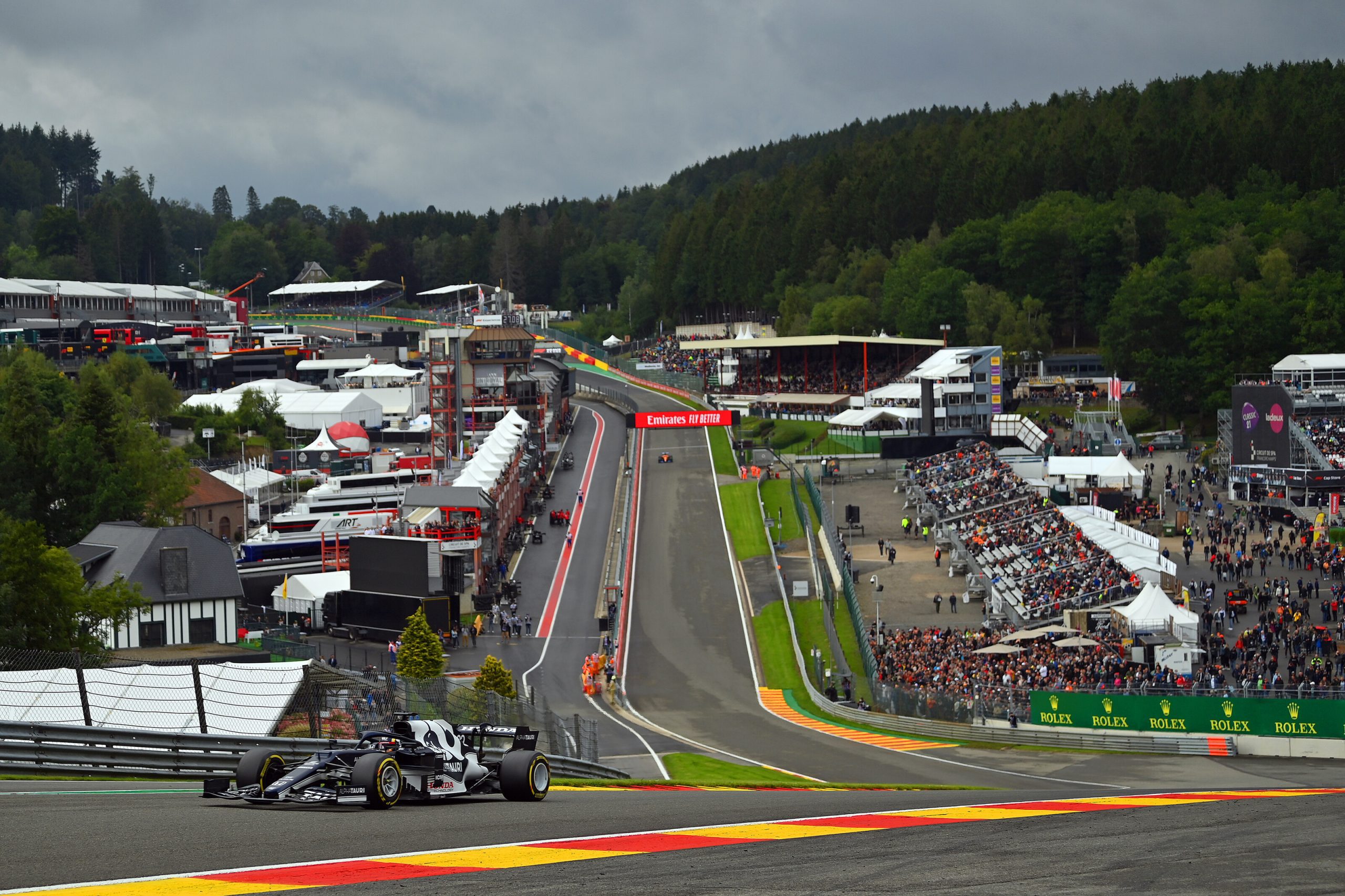 Formula 1 is back this weekend after the summer break and heading to the historic circuit of Spa-Francorchamps for the 2022 Belgian Grand Prix.

The 2021 Belgian GP race was a wash out, with the drivers only managing two laps behind the safety car before it was called off due to dangerous track conditions, but hopefully the 2022 edition sees a return to form for one of F1’s most loved tracks.

Red Bull and Max Verstappen lead the Constructors’ and Drivers’ Championships as we head into the second half of the season, with the Dutchman cementing his lead at the top of the table after yet another victory last time out at the 2022 Hungarian GP.

The 2021 Belgian GP was one of the more bizarre races in recent F1 history, with the Grand Prix called off after just two laps of running behind the safety car.

The weekend was defined by treacherously wet conditions, with a sodden qualifying session memorable for then Williams driver George Russell pulling out a sensational lap to put his otherwise uncompetitive car second on the grid.

While it would have been fascinating to see how the race would have played out, it eventually was red flagged after two laps, with the official result given according to the standings after the first lap.

The top 10 drivers were awarded half points for what now holds the record as the shortest race in F1 history.