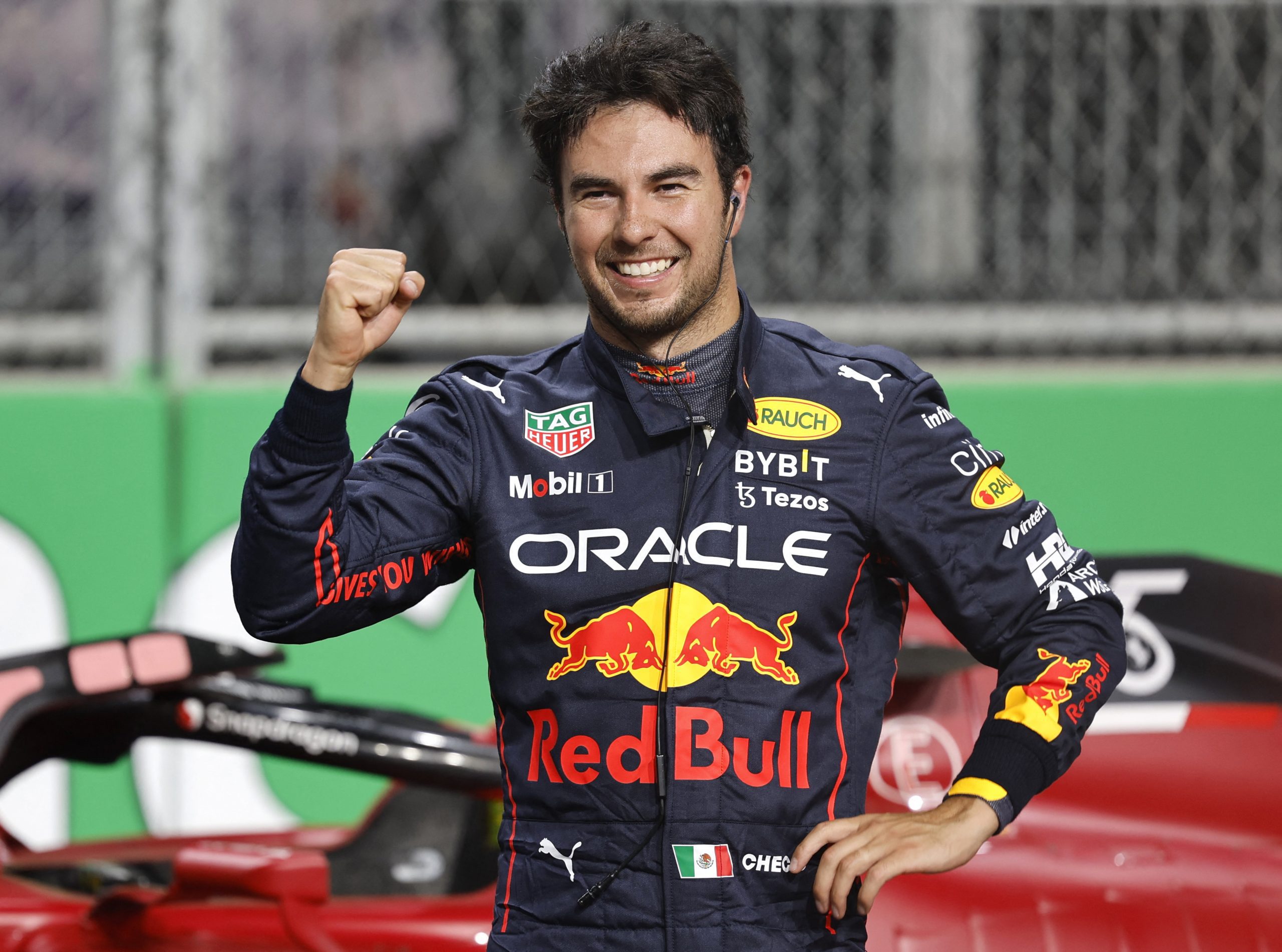 Red Bull driver Sergio Perez claimed a shock pole position ahead of the 2022 Saudi Arabia Grand Prix. Perez became the first Mexican driver to claim pole for a Formula 1 race and also set a record for the number of races it took for a driver to claim his first pole position in his 215th race entry

An incident packed session saw Mick Schumacher crash heavily into the wall, with the accident requiring him to be airlifted to the hospital, the German fortunately didn’t suffer any major injuries though his participation in tomorrow’s race is doubtful.

The other main talking point of the session was the pace of Lewis Hamilton with the seven-time world champion qualifying 16th and missing out on a Q2 appearances for the first time since 2017.

Perez pick of the pack

The final 12-minute session witnessed Charles Leclerc and Max Verstappen lead the drivers out onto the circuit with only Alfa Romeo’s Valtteri Bottas and Mercedes driver George Russell deciding to remain in the garage.

While Verstappen needed an extra lap to get his tyres up to the optimum temperature, Leclerc was the first of the runners to set a lap time with his teammate Sainz quickly displacing him from the top of the timesheets. While all eyes were on Verstappen, it was his teammate Perez who led the Red Bull charge qualifying third.

Alpine’s Esteban Ocon was fourth, with his teammate Fernando Alonso in fifth. Verstappen for his part could only manage sixth after making an error in sector 1.The Dutchman would drop further down the order as Russell and Bottas went fifth and sixth respectively.

The final shootout saw Leclerc overturn his deficit to Sainz, though it would be short lived as Perez ultimately claimed top honors in a result that surprised many. The Red Bull driver claimed his first ever career pole out qualifying the reigning champion Verstappen who could only manage to qualify fourth.

The Q2 session at Saudi Arabia was dominated by Schumacher’s accident, which saw the German airlifted to a local hospital after suffering a massive shunt.

Haas got things underway once again with Schumacher leading the drivers out on track. Magnussen was right behind him as the team looked to build on their strong start to 2022.

However, their reign would be short-lived with Leclerc picking up where Ferrari left off. Perez slotted into second with Verstappen third and Sainz fourth. Sainz and Leclerc however ran on a used set of medium tyres, handing them a performance advantage of their Red Bull adversaries.

Alonso was the best of the rest with the Spaniard holding fifth place as the session was red flagged for a second time. This time it was Schumacher who brought the session to a halt, with the German crashing heavily into the wall. The teams and drivers waited with bated breath as Schumacher took his time to get out of the car with the accident serious enough to warrant the intervention of the medical car.

Eventually Schumacher managed to extricate himself from the car and was placed into medical care being airlifted to a hospital to receive further treatment. As the marshals worked to remove the debris the full impact of the incident came to light with the Haas smashed to bits after the incident.

After an extended interruption that lasted close to an hour the session resumed as the drivers lined up at the end of the pit lane once more. All 14 of the 15 remaining runners made their way out on to the circuit with McLaren’s Lando Norris setting the first time and going eighth.

The British driver would ultimately fail to make it into the final part of the session missing out on Q3 by less than a tenth of a second. He was joined by his teammate Daniel Ricciardo, Zhou Guanyu, Schumacher and Aston Martin’s Lance Stroll.

The big talking point in Q1 was Hamilton’s exit with the Mercedes driver struggling for pace around the Jeddah street circuit. The multiple world champion was outperformed by his teammate Russell, and suffered his first Q1 after over four seasons.

The Haas drivers were the first to exit the pit lane, getting the session officially underway with Magnussen topping the time sheets during the early part of the session. The Dane was followed by his teammate Schumacher in what was proving to be another great session for the Haas team.

Their dominance at the top was about to be challenged by Ferrari, before Leclerc had to abort his lap as the session came to a halt at the 11 minute mark. The reason for the red flag was Nicholas Latifi who crashed heavily into the barriers. The Canadian walked away unharmed in what proved to be a testament to the safety of new generation of F1 cars.

As the session was about to restart a host of cars lined up at the end of the pit lane, lead by the Alfa Romeo drivers. As the session approached the half way mark, the big surprise was the pace of Hamilton who was outperformed by his teammate Russell up until that point.

Haas’ dominance at the top of the leaderboard was brought to an end by Verstappen who went quicker by over a second. The Dutchman however was displaced by the Ferrari pair, with Sainz leading Leclerc.

The six minute mark brought the session’s second casualty with AlphaTauri’s Yuki Tsunoda suffering from a technical issues, which forced him to retire from the session.

As the session drew to a close the big talking point was whether or not Hamilton would make it out of Q1. The seven-time world champion however would suffer his first Q1 exit since the 2017 Brazilian Grand Prix, in what was a disastrous qualifying session for the Mercedes driver.