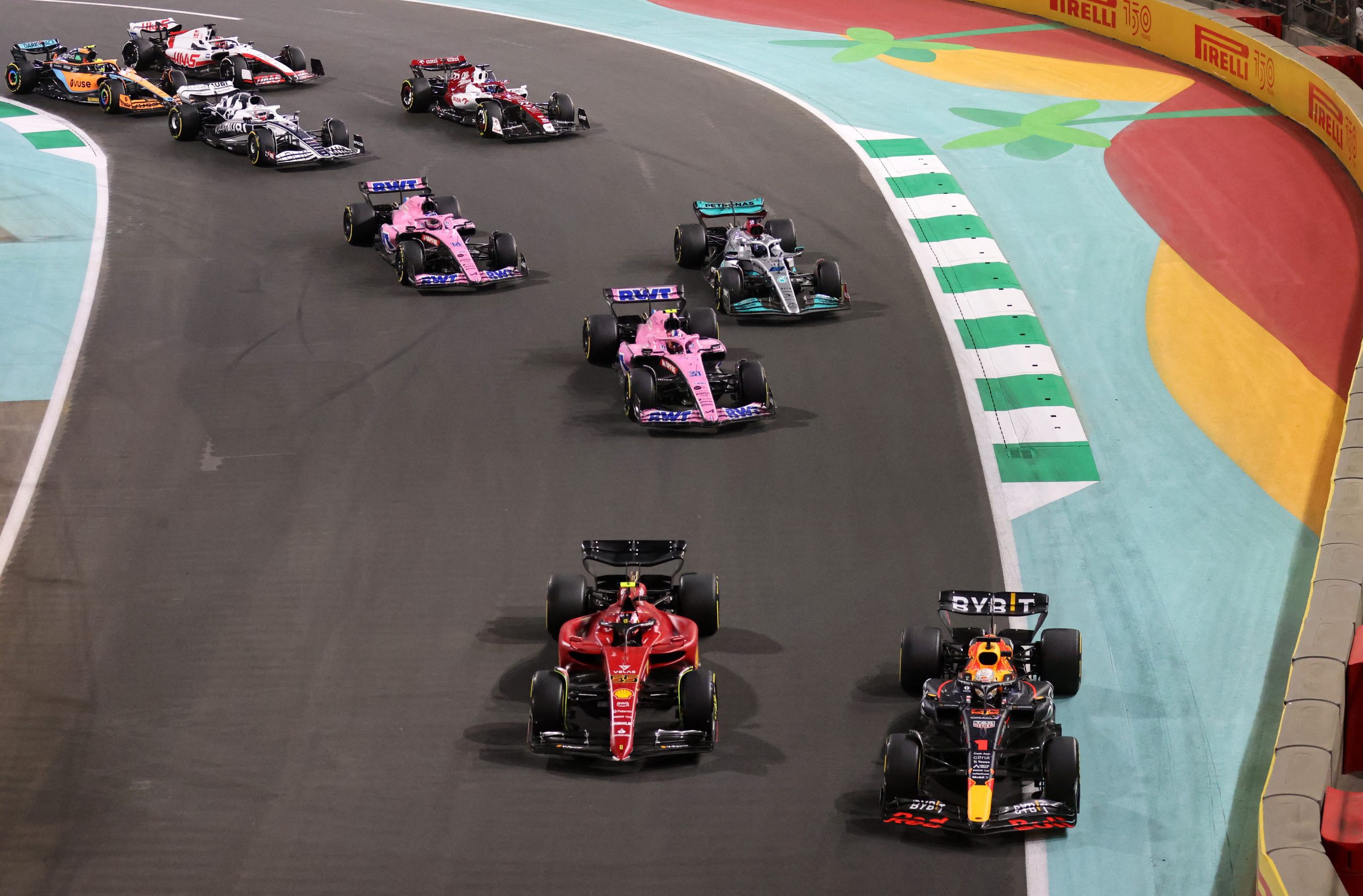 Whilst the Saudi Arabian Grand Prix threw up another exciting battle for the lead, it shouldn’t overshadow some of the big accidents that took place throughout the weekend at the Jeddah Corniche Circuit.

Formula 1 qualifying saw Mick Schumacher lose control of his Haas on the exit kerb at Turn 10, hitting the barrier at 270km/h with a 33g impact.

Schumacher was hospitalised but didn’t race due to the amount of damage his car sustained, which was worth £760,000.

It was the second big accident at that corner, after Cem Bolukbasi spun in a similar fashion and was diagnosed with concussion from the impact.

The big question is whether the Jeddah street circuit is one step too far in terms of danger levels, despite being given a Grade One certificate by the FIA.

What have the F1 drivers said about Jeddah?

McLaren drivers Daniel Ricciardo and Lando Norris believe the Turn 12 kerb should have been removed following Schumacher‘s and Bolukbasi‘s crashes.

Asked what solutions could be made to the safety of the corner, Norris thinks it’s difficult because of the nature of that particular part of the Jeddah Corniche Circuit.

“I don’t think you can really put a TecPro on the inside of the wall there because then the wall comes back out,” Norris told RaceFans. “Just the shape of everything there is very odd. So if you had a TecPro there, if you hit it, it could easily just come onto the track, which is the issue.

“I think apart from the kerb itself, everything’s probably as good as it can get, unless it’s just much wider, but then that defeats the object of of the circuit itself.”

The last thing F1 needs is a driver to get seriously injured, or worse, from an accident due to the layout of a circuit.

Whether the Jeddah street track is too dangerous to race at should be down to the drivers, since they are the ones who have to compete in Saudi Arabia.

The most dangerous place on F1 calendar

Sergio Perez, who finished fourth at the Saudi Arabian GP, believes the Jeddah Corniche Circuit is the most dangerous venue on the 2022 F1 calendar.

“It’s a circuit that really demands a lot from the drivers, from the cars, from the teams. If you get it wrong, it can be a huge accident,” Perez told the press.

“I feel like, I don’t know if there’s something we can do into [Turns] 22 and 23, because those are really high-speed sections.

“The last thing I want to think is about the track, and I think going forwards it’s again a discussion. In all fairness, they’ve done a good effort in couple of months to change a bit the circuit.”

Ferrari‘s Charles Leclerc and Carlos Sainz also had mixed views, with the latter noting that perhaps the walls can be pushed back more in some corners, so a car has more space to slow down if it’s about to crash.

“I’m also a bit in two minds now because in one way, I love the adrenaline rush that our qualifying lap gives you around here,” added Sainz. “But at the same time, you know that here if you crash it probably hurts a bit more than in any other place in the calendar because the walls are closer and the speed is higher.

“Probably we are as drivers, we are very confident around here. Just because we know that the safety of the cockpit nowadays is very high, the car is protecting you because the FIA has done a great job in giving us very safe cockpits.”

Interestingly, world champion Max Verstappen voiced his concerns prior to the inaugural Saudi Arabian GP last year, questioning why F1 was allowed to race on a layout with so may twisty and blind straights.

The conclusion about Jeddah’s track layout

If the drivers are in two minds, which it seems they are, it shows that there is no clear right or wrong answer here. Although, you could say the drivers should never have to think about safety. The fact they are says a lot.

The balance between excitement and a unique track and safety is tough because an event such as the Indy 500 is adored all over the world. Yet, hardly anyone believes the iconic oval race shouldn’t be allowed to take place.

Thrilling battles at high speeds is one of the traits of motorsport and that’s what the Jeddah Corniche Circuit can throw up.

It’s been a very long time since a driver was seriously injured in F1 due to an accident too, discounting Jules Bianchi’s freak accident at the 2014 Japanese GP, which could have happened at nearly any other circuit.

F1‘s cars are incredibly safe and, touch wood, it’s difficult for a driver to get seriously hurt when they have a crash by themselves.

Generally, injuries happen in motorsport when multiple cars are involved in accidents, and that can happen at any race track, not just Jeddah.