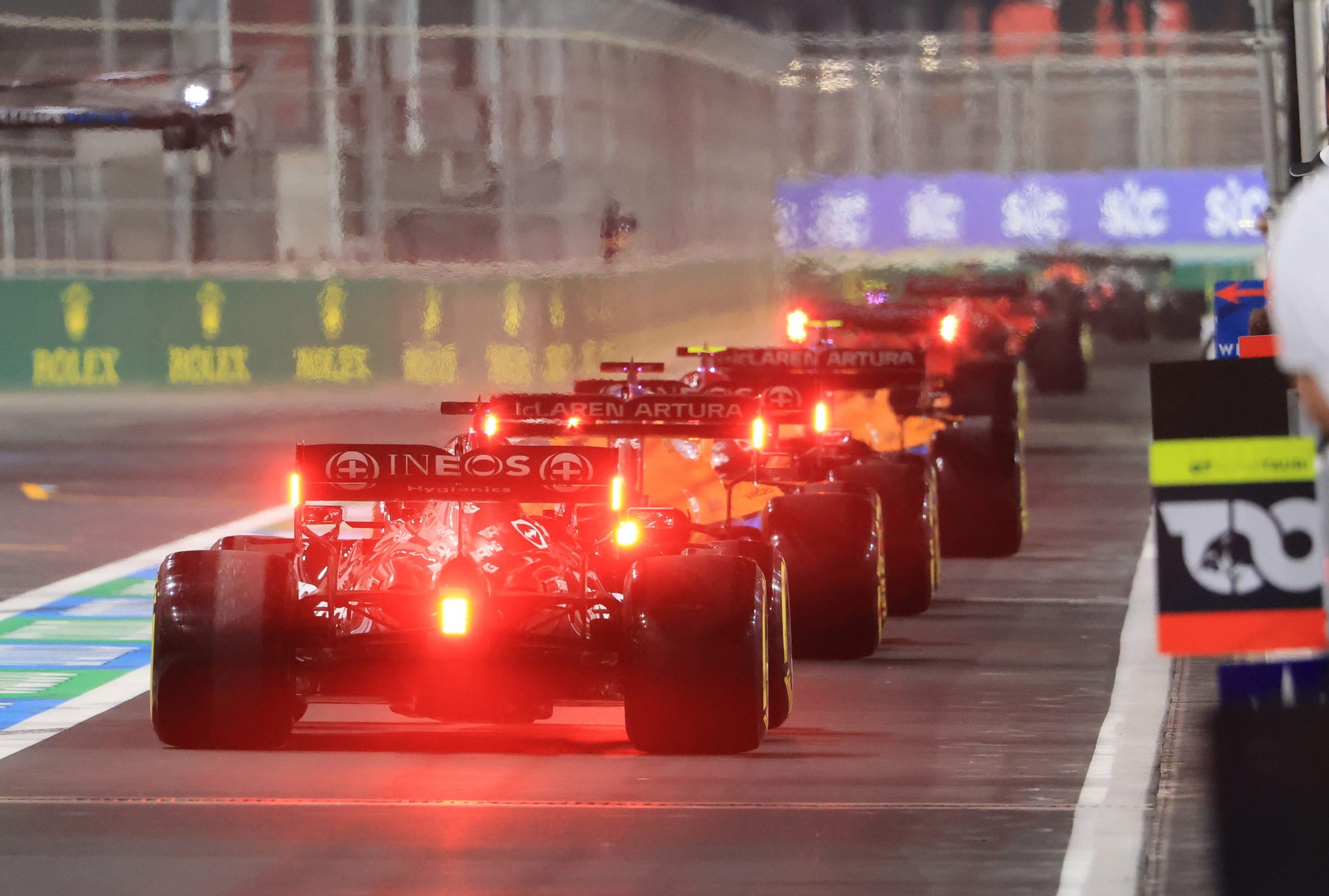 We are hours away from the inaugural Saudi Arabian Grand Prix, and after a drama-filled qualifying session on Saturday the 2021 World Championship race is very much on with Sir Lewis Hamilton set to start the race from pole position.

The first ever session on the Jeddah Corniche Circuit more than delivered on its promise of a tense qualifying session, with Hamilton and title rival Max Verstappen trading fastest laps, with the grid for Sunday’s race only decided in Mercedes‘ favour by the Dutchman’s crash into the wall on the final corner while on a flying lap that would almost certainly have put him on top.

While many have predicted that it will be difficult to overtake during the race itself due to the tightness of the track and lack of clear overtaking opportunities, there is no telling what might happen and there remains a distinct possibility of a safety car being deployed at some stage during the 50 laps.

With Mercedes and Red Bull fighting it out for every last point to take the championship down to the wire in Abu Dhabi, the scene is set for a thrilling first Saudi Arabian GP.

Tyre supplier Pirelli predicts that the 50 lap race will only require drivers to run a one-stop strategy, with the frontrunners switching from the medium tyres in the early stages to the race to finish on the hard compound.

Starting on the mediums leaves open the possibility for teams to run a two-stop strategy if required, but while running from a soft to hard strategy is a genuine possibility tyre management notwithstanding, pitting twice during the race will be a definitively slower approach, Pirelli said.

“The 50-lap Saudi Arabia Grand Prix should be a one-stopper. The fastest one-stopper should be from P Zero Yellow medium C3 to White hard C2, which the majority of drivers look set to select – as can be seen by nearly all the frontrunners who chose to get through Q2 on the medium compound,” Pirelli said in a statement pre-race.

“Starting on the medium gives more options as it leaves the door open to either a one or a two-stopper, and it also enables drivers to run a relatively long first stint, with a wide pit stop window. An alternative is a soft to hard strategy, which is just as quick on paper but might need a little bit more management, depending on the car.

“A two-stopper is distinctly slower, but the fastest should be using all the compounds: one stint on the medium, followed by one on the hard and the last on soft.

“However, it might not be as straightforward as that. With Jeddah being brand new circuit, there are still a number of unknown factors to consider: and one of them might be the seemingly high probability of a safety car – as is the case at any street circuit with little run-off area. If that’s the case, then it could make a ‘free’ pit stop possible.”