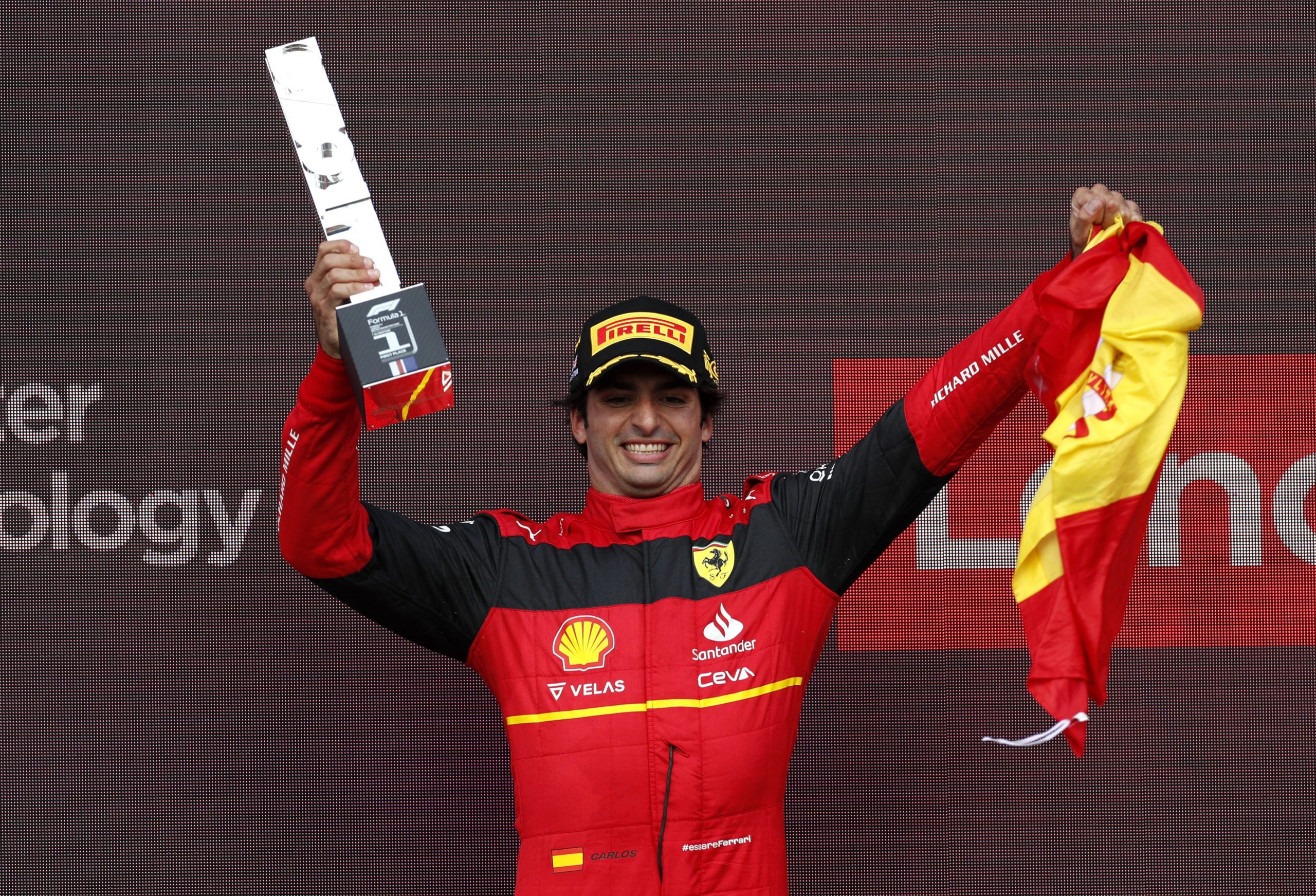 Carlos Sainz has said that his maiden Formula 1 win at the 2022 British Grand Prix was one of the toughest races he has had in his career.

Sainz overtook his Ferrari teammate Charles Leclerc following a safety car restart which came about after Alpine’s Esteban Ocon retired with mechanical issues, and the Spaniard never looked back as he took his first victory in F1 after 150 races.

The Spaniard at one point was ordered by the team to let Leclerc past, but after pitting for fresh soft tyres during the Safety Car he was able to make his way past his teammate who was on older hard tyres and secure the win.

“It definitely was probably mentally one of the toughest races because there was so much going on on the radio, trying to manage the gap to Charles and Lewis, and at the beginning with Max there was a lot a lot of fighting going on,” Sainz told the press.

“I wasn’t completely comfortable with the car, I was struggling a lot with understanding the high speed corners opening a lot the front left tire and this was taking me out a lot of space

“But I kept it cool, kept believing, kept within reach all the time. And suddenly when the opportunity came, I grabbed it and it happened.”

The victory has been a long time coming for Sainz, who has suffered this season from a combination of some important unforced errors and bad luck with retirements and crashes.

And he said it would take some time for the win to sink in as he finally took the top spot of the podium for the first time.

“It hasn’t quite sunk in yet, I think because I’m very happy,” Sainz continued. “I’m waiting for the minutes to go by and to realise what has actually happened today.

“To win my first race in front of this amazing crowd with Ferrari in Silverstone one of my favourite circuits. This is amazing.

“And it wasn’t easy at all but it came and I kept fighting for it and it was bound to come one day sooner or later, and today was the day.”