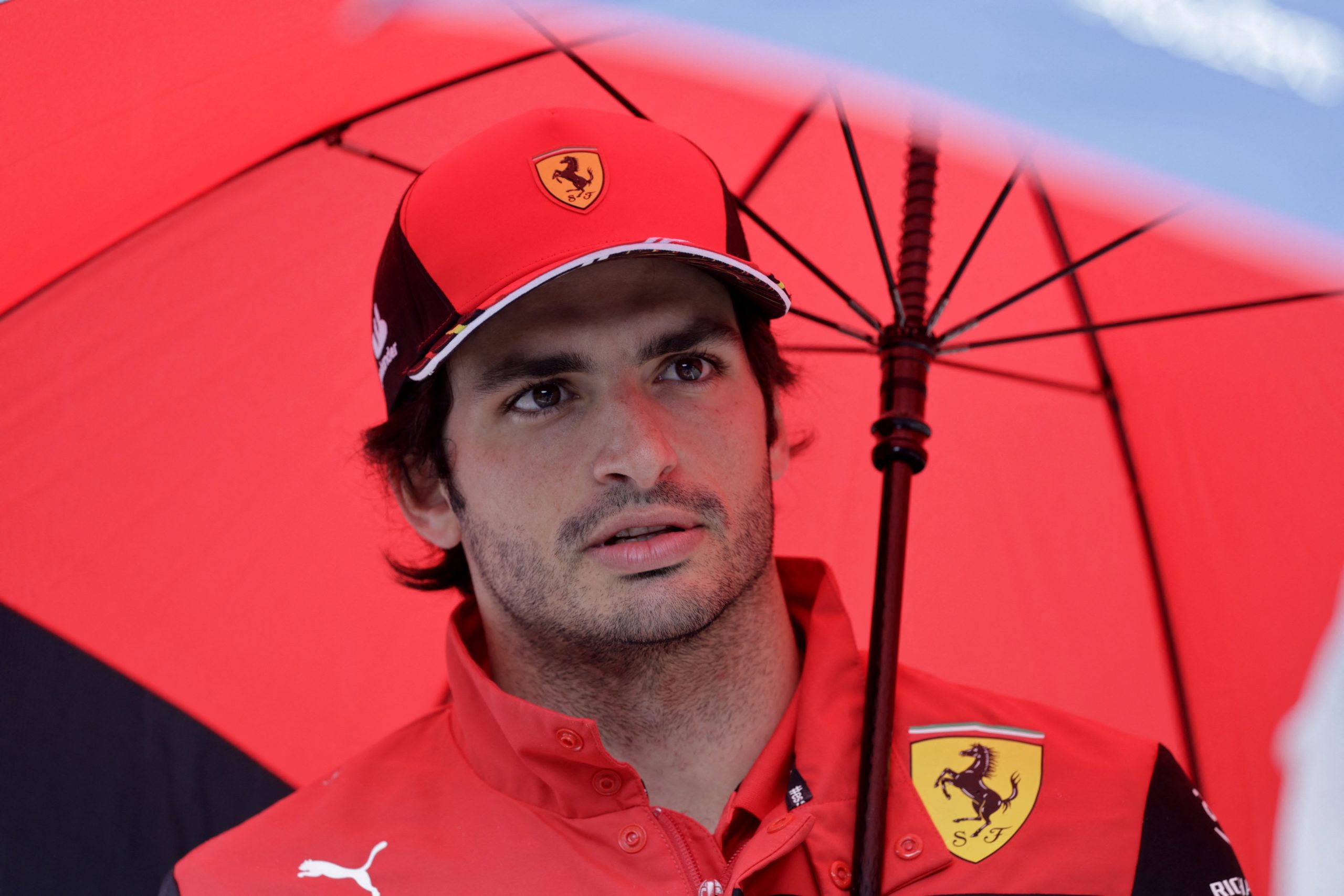 Carlos Sainz shared his view of his fiery retirement from the 2022 Austrian Grand Prix and issued a call to action for F1 to look at how marshals could better deal with similar incidents.

The Spaniard had a strong weekend and looked likely to pick up second place as he chased Max Verstappen later in the race on fresher tyres, but a power unit failure on Lap 56 ended his race early.

Sainz pulled up to the escape road at turn four with his Ferrari smoking but couldn’t make it to the top of the hill, and started rolling back as the fire quickly worked its way forward towards his cockpit.

With the flames scarily close to the 27-year-old, Sainz eventually leaped clear of the car but looked distraught as he sat afterwards.

“It was not ideal and an easy situation for sure because I saw in my mirrors that the car was catching fire,” Sainz told the press post-race.

There was post-race criticism of the marshals for their slow response, with Sainz dealing with the issue alone before they eventually came to his aid to put the fire out as he jumped clear.

There are strict rules on when the marshalls can enter the track space and speaking after the race, Sainz said there should be a review of the process.

“It’s definitely something we need to look at what we could’ve done a bit faster because it was not the easiest situation to be in,” Sainz added.

“I was calling the marshals to come and help me to put something on the tyres to stop the car rolling down but I think the whole process was a bit slow.

“At some point there was so much fire that I had to get a move on and jump out independently, I think that was at the time that the first marshall arrived and stopped the car.”

Though he escaped the blaze unharmed, Sainz missed out on a podium that looked like second-place as he was approaching a battle with Max Verstappen.