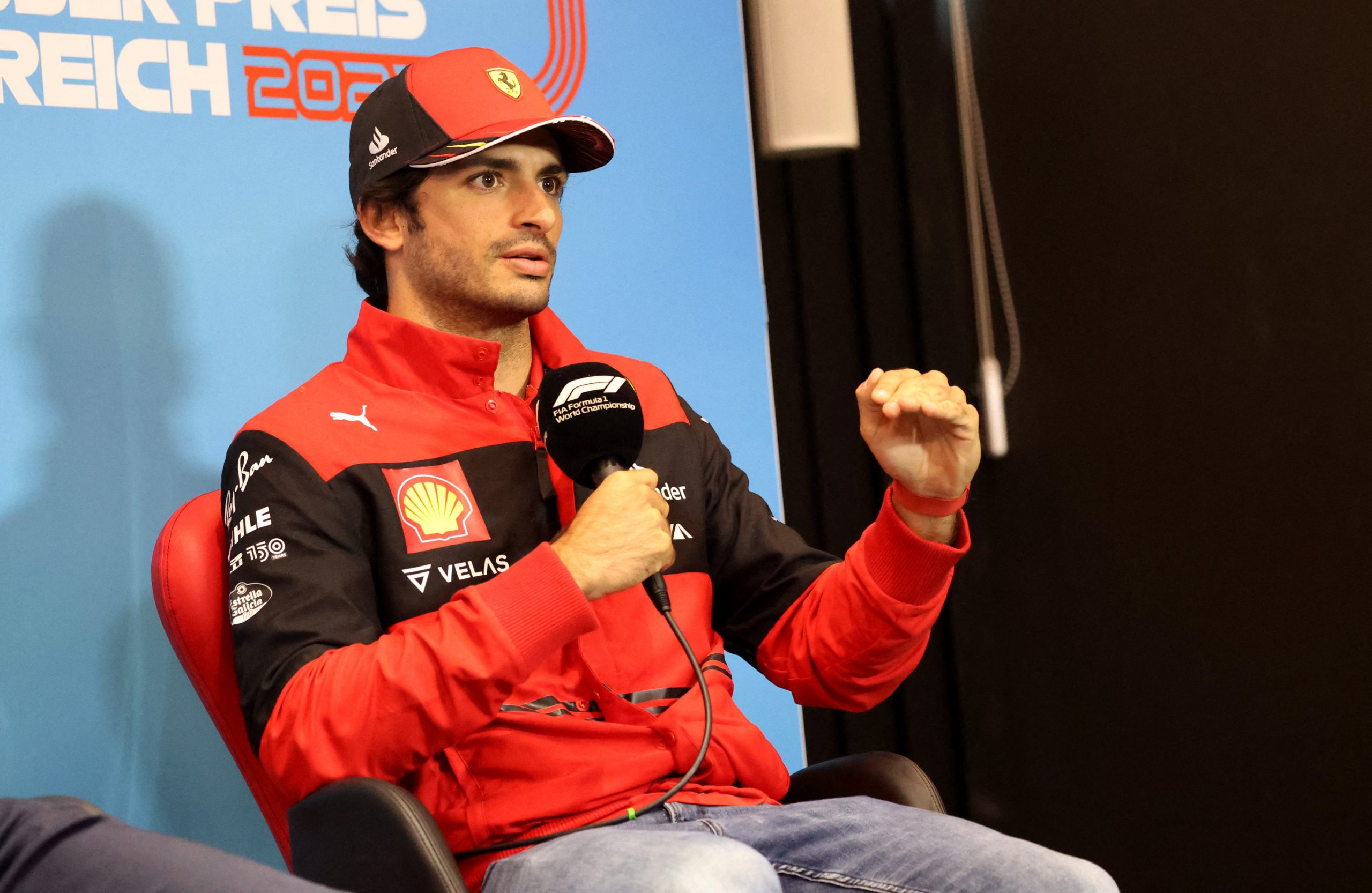 Carlos Sainz has lifted the lid on Ferrari‘s discussions post-British Grand Prix, after a visibly frustrated Charles Leclerc was confronted by team boss Mattia Binotto as he stepped out of the car.

The Spaniard won but the victory was overshadowed by a strategy blunder from Ferrari that lost Leclerc the lead of the race and his major advantage over championship rival Max Verstappen.

The Monegasque driver was left out on old hard tyres during a late safety car period and dropped to fourth, and shared his annoyance over team radio before the team got around the table for the post-race debrief.

“Like always he behaved like the gentleman that he is and the briefing went normal, the way it should go,” Sainz told the press of Leclerc.

“It was a very short briefing because we had to leave for the airport and take the group picture, I think Charles had the anti-doping control so we couldn’t share the briefing together.

“One of the strong points we have as teammates and drivers is that team spirit in Ferrari and things are always under control.”

Thanks to the late reshuffle Leclerc gained just six points on Verstappen, meaning he heads to Austria still nearly 50 points behind his rival.

Leclerc has managed two podiums at the Red Bull Ring but the Styrian mountains are a stronghold for Verstappen, who’s managed four wins at the track in the last four seasons.

Was the safety car decision correct?

Sainz also addressed Ferrari‘s request for him to hold a ten-car-length gap to Leclerc at the Silverstone safety car restart, and his decision to turn down the order.

That meant Leclerc was swamped and quickly lost his lead, with the two Ferrari cars going side-by-side in the first sector. But when asked about the decision his response was blunt.

“Ferrari won, I won so for sure it was not the wrong decision,” Sainz said.

“I think at that time in the car I knew perfectly what I had to do in order to not put Charles in a compromised position but also to give Ferrari a race win, that’s what the team cares the most about.”

The win puts Sainz just eleven points behind his teammate in the championship, as the Spaniard leapfrogged George Russell in the standings.

Sainz added: “I think everything I did was sensible, I didn’t put Charles under unnecessary risk or pressure while overtaking, won the race for Ferrari and I think it was a good outcome in the end.

“So yeah I would’ve done it the same again and I think the team perfectly understood my position.”