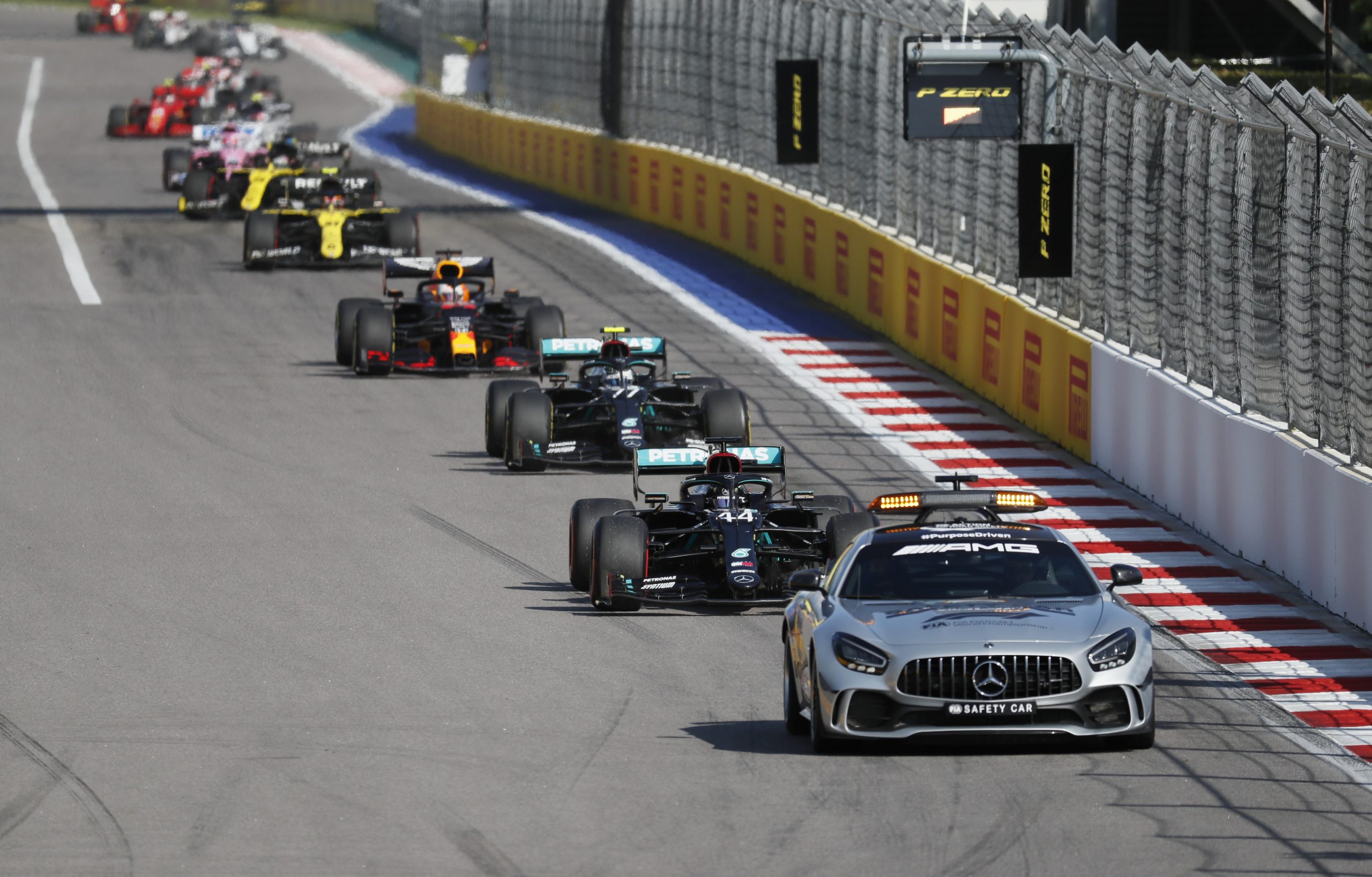 Much of the talk regarding Formula 1‘s findings from its investigation into the controversial Abu Dhabi Grand Prix was centred around the replacement of race director Michael Masi. However, there were more key details from the outcomes of the inquiry in the middle of February, including an assessment of the unlapping procedure.

In a statement, FIA President Mohammed Ben Sulayem said the unlapping procedures behind safety car will be reassessed by the F1 Sporting Advisory Committee and presented to the next F1 Commission prior to the start of the 2022 season.

The reason for this is because of Masi‘s decision to only let the five cars between Lewis Hamilton and Max Verstappen unlap themselves behind the Safety Car, whilst other lapped cars had to stay in position.

More clarification needed from the FIA?

Article 48.12 in F1’s sporting regulations state: “Any cars that have been lapped by the leader will be required to pass the cars on the lead lap and the Safety Car.”

One of Red Bull‘s defences, when Mercedes protested the Abu Dhabi race restart, regarding that rule was “any” does not mean “all” so it’s possible the FIA may choose to clarify the wording from the regulations.

Another rule Masi failed to comply with was to bring in the Safety Car at least one lap after lapped cars have been waved by.

The 2022 sporting regulations have been slightly altered so that the Safety Car will pit at the end of the following lap after the message “lapped cars may now overtake” is issued by race control.

Previously, this happened when the last lapped car overtook the leader which sometimes took a long time.

Does F1 need the wave by rule?

The main reason cars are allowed to unlap themselves during the Safety Car is so that battles are not disrupted and lapped cars don’t have to immediately get out of the way on the restart.

However, there’s an argument to say that Safety Car periods should be as short as possible, so as soon as an incident is cleared up, the racing should get back underway.

If cars don’t unlap themselves though, a driver who has just been lapped by the leader will be nearly a lap behind the driver in front of them.

For example, seventh place might be almost a lap down on sixth place if the race leader is in between the pair when a Safety Car is called.

Is there another solution?

Another potential solution is to order lapped cars to simply drop to the back of the field behind the cars on the lead lap.

Race control can then add one lap onto the cars who have fell back, so everyone, unless a driver is multiple laps behind, will be on the lead lap.

Whether this would interfere with the timing is something that should be easily resolvable given all of the technology in F1.

The only other problem would be the cars who have dropped back will have saved some fuel, so they will have a minor sporting advantage.

When millions of pounds are at stake for the midfield teams, this could be key although you could argue that the Safety Car itself brings its own fortune and misfortune.

All things considered, perhaps the best thing to do is to retain the current system of letting all lapped cars to drive around and re-gain one lap.

It may cost a lap or two of racing, but it’s the fairest method and there wasn’t a lot wrong with it prior to Abu Dhabi.

Maybe the FIA will think about not having the wave by rule if there is a Safety Car in the final five laps, so we can expect the rules to be tightened up and any major changes would be a surprise.