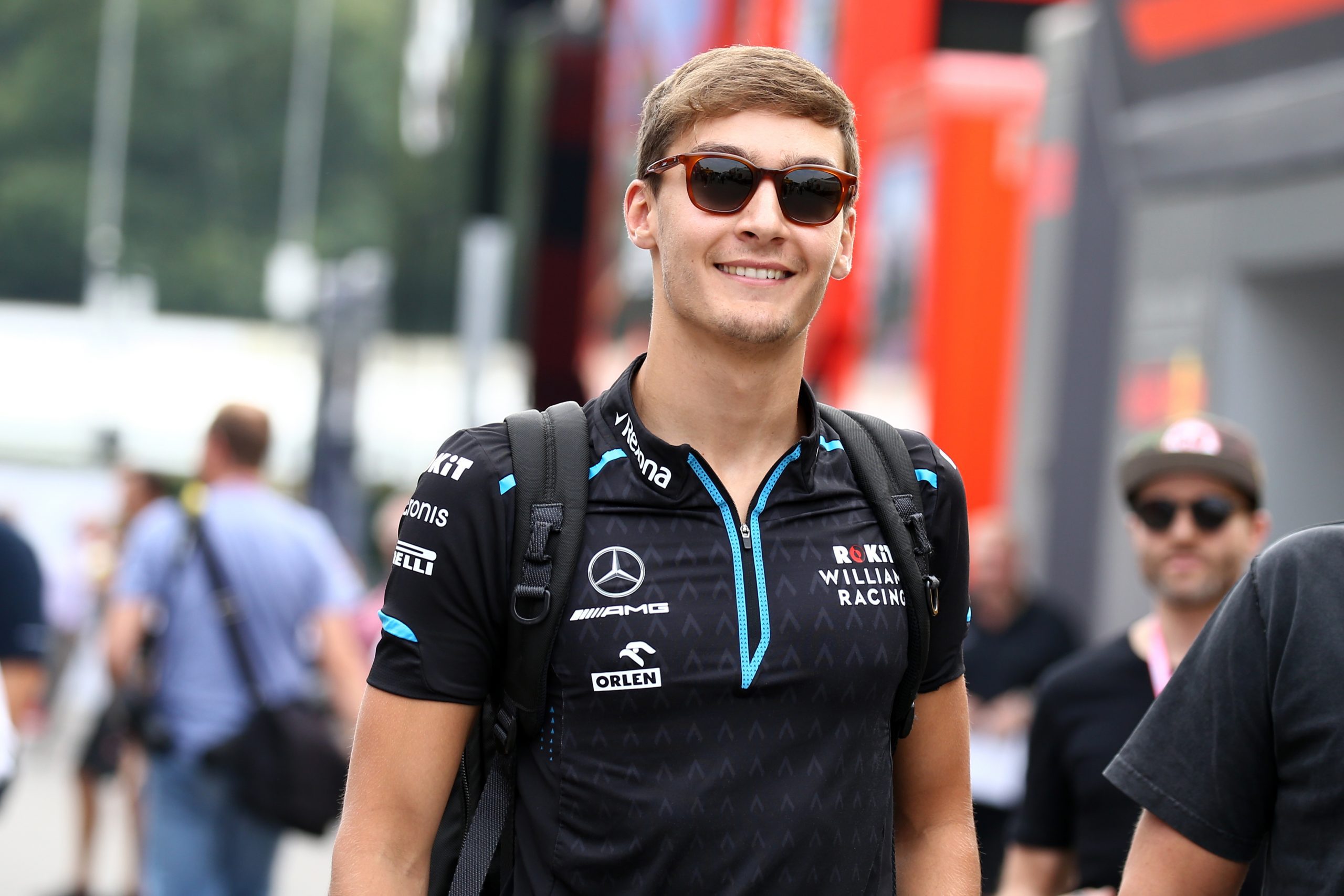 George Russell versus Lewis Hamilton has the potential for fireworks, but it all depends on how the former Williams driver handles his first season at a top team. After three years of racing towards the back of the grid, Russell has replaced Valtteri Bottas and faces a career-defining season.

He will be Hamilton‘s sixth, and perhaps final teammate in Formula 1. Racing for the team that has won the last eight Constructors’ Championships is a golden opportunity for Russell and one which he must make the most of.

It’s a very exciting driver pairing at Mercedes, and one which everyone will watch carefully to see how the relationship between Russell and Hamilton develops.

How good is Russell?

Often, people say a driver needs at least half a dozen events to get used to a new team and adapt to the environment and the car.

However, most of the great champions take no time to get up to speed so the first few races will be very telling as to whether Russell has the quality to lead Mercedes when, or even before, Hamilton retires.

We all saw Russell‘s excellent effort when he jumped into Hamilton‘s seat at the 2020 Sakhir Grand Prix, after the seven-time World Champion tested positive for coronavirus.

The 24-year-old qualified just 0.026 behinds pole-sitter Bottas and was on course to win the race on two occasions, before a Safety Car and a puncture limited him to ninth place.

Ultimately, it was just one race, on a track which had five real corners so we can’t get too carried away with Russell‘s performance. Nevertheless, it was very impressive.

F1’s influx of young drivers have raised the bar in qualifying with Max Verstappen and Charles Leclerc delivering some stunning performances.

Russell has had some great laps too, including his effort to get into Q3 at Silverstone and Austria in 2021, plus his exceptional lap which put him on the front row of the grid for the Belgian GP.

Having that raw speed is the best indicator of a talented driver and we can expect the 2018 Formula 2 champion to push Hamilton hard in qualifying.

Bottas was able to outqualify Hamilton five times in 2021 and it would be a surprise if Russell doesn’t better that statistic this season.

The area where Russell may be exposed is race pace because he rarely dominated Nicholas Latifi on Sundays at Williams.

Whilst Russell often beat Latifi by over half a second in qualifying, things were much tighter on race day.

Hamilton is arguably still the best driver on the grid when it comes to getting the most out of the car and tyres on heavy fuel, so Russell will be seriously tested in this department.

Will Mercedes face the same problems as Rosberg and Hamilton?

The prospect of Russell giving Hamilton a headache could lead to a relationship that becomes tense within the team.

It’s a situation Mercedes know all to well about after Nico Rosberg and Hamilton publicly fell out during their four seasons together as teammates.

When a championship is on the line, it’s almost impossible to fully get on with your teammate as an F1 driver’s ego and desire to finish first becomes the most important factor.

Russell has the upmost respect for Hamilton, but a collision or an incident is all it takes for the relationship to dwindle.

“It’s pretty surreal to be lining up alongside him [Hamilton],” Russell told the press. “When I did meet him that’s when I thought, I want to be like him, I want to be an F1 driver and I want to win World Championships.”

It’s uncommon for a young driver to join a team and beat a teammate who has won multiple World Championships. But, it has happened.

Daniel Ricciardo got the upper hand on Red Bull‘s Sebastian Vettel in 2014 and Hamilton himself shocked Fernando Alonso at McLaren in 2007.

Russell will have to put his foot in the door early on to show Hamilton he is up for the fight and won’t be turned over easily.

Hamilton has sometimes started a new season slowly and the new regulations provides a reset for everyone to adapt to the different style of driving and the best way to get the most from the bigger 18-inch tyres.

Mercedes have made it clear to Russell the team must come first, but what a driver chooses to do on the race track cannot be controlled.

“I think Mercedes have had clear experience of a poor dynamic within the team and they’ve made it absolutely clear that they don’t want a repeat [of Hamilton and Rosberg], and on a personal level as well, I don’t want that either,” said Russell.

“I think it’s so important as teammates to work together to push the team. I’d say as well that Lewis and I are at very different stages of our career, which I think also helps. I have a huge amount of respect for him. I don’t see any issues at all.

“I’m sure we’ll race each other respectively but hard, as Lewis and Valtteri have. Lewis and I have got a really great relationship.”

It will be fascinating to see how Russell and Hamilton fare in the same car and the early events will set the tone for the rest of 2022.

Should Russell outqualify Hamilton, only to be slightly slower in the race, what will Mercedes do?

The Silver Arrows may have the best driver line-up on the grid, but that can bring its own set of problems, especially when a World Championship is at stake.