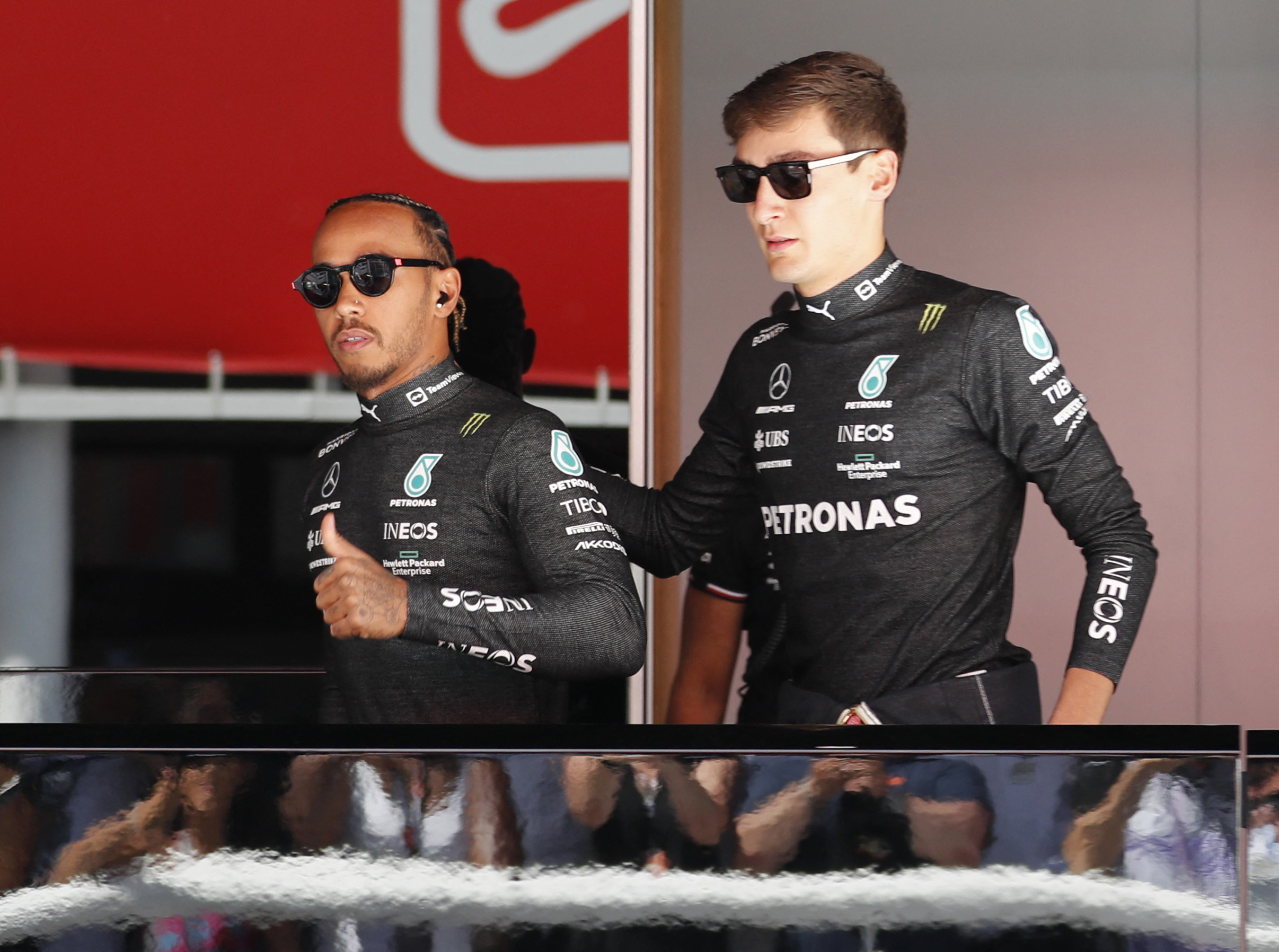 Mercedes driver George Russell has hailed the improvement the team have shown at the 2022 Spanish GP and said they can realistically think about competing with Ferrari during the race.

Russell qualified fourth on the grid, behind polesitter Charles Leclerc, Red Bull’s Max Verstappen in second and hometown hero Carlos Sainz in third, and he also managed to beat his teammate Lewis Hamilton who was back in sixth.

Both drivers have said that their car, which has suffered from heavy porpoising on the straights all season which have hindered their performance, is significantly more driveable this weekend after it showed hints of improvement at the last race in Miami.

And Russell said despite issues in qualifying with getting their tyres into the right window, the team could begin to think about competing with the top teams once more.

“I think we’ve got a real shot against Ferrari. Unless they’re found to have gains overnight. I think we’d be in the middle of them [and Red Bull]. So we’ll be going for it and try and fight for a podium,” Russell told reporters.

“Tyres aside because racing tyres with maximum numbers will be the trickiest race of the season so far, even worse than Bahrain, in that regard. So we’ve got to put up and catch on tonight and try to find the best solution.”

Russell echoed the sentiment of Mercedes team principal Toto Wolff that the team had better race pace than for the one-shot qualifying laps, and said despite issues with tyre temperatures it was their best performance of the season so far.

“So far this season, that was by far the best and most comfortable performance,” Wolff told Sky Sports F1.

“Obviously, it’s all based on results, and that was the best result we’ve had as a team all season. And I think that’s optimistic, because we didn’t have the tyres in the right window whatsoever.

“It was always quickest in Sector 1 and was always struggling in Sector 3, and we just couldn’t find that right balance, to be honest. So for the car is extremely fast this weekend, but I think we’ve got a better race car than we do qualifying car.

“I’m really proud of the job everybody’s done back at the factory over these past couple of weeks and months, because I think we’ve now got a package that can be a foundation for us to build upon that support.”