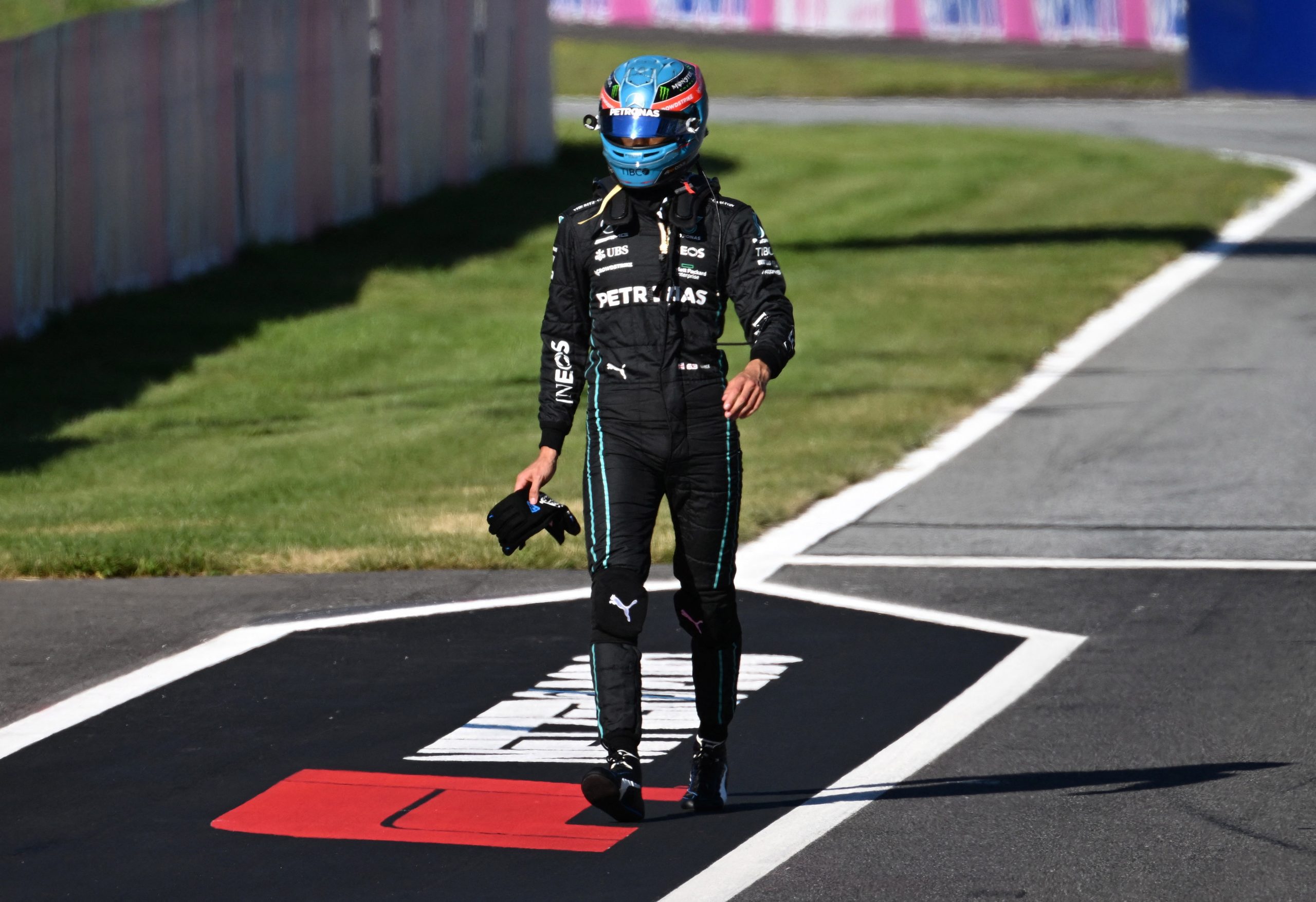 George Russell says Mercedes had their best qualifying session of the year, but added it was the “worst in terms of outcome” after both he and Lewis Hamilton crashed during Friday’s action at the Red Bull Ring.

The Silver Arrows looked set to compete with Red Bull and Ferrari for the front of the grid in qualifying for the Austrian Grand Prix, only for things to go wrong in Q3.

First, Hamilton lost the rear of his Mercedes and crashed into the barriers at Turn 7. That brought out the red flag, but unfortunately for Mercedes, once the session resumed, Russell then spun into the tyre wall entering the final corner.

Luckily for Russell, he was able to hold onto his fifth position for tomorrow’s sprint race, but Hamilton fell all the way down to 10th, barring any penalties. As a result, Russell was bittersweet over how things played out.

“I think that was our best qualifying session of the year in terms of pure pace – and the worst in terms of the outcome,” Russell said. “Racing can be like that sometimes.

“I could have been P4 this afternoon and I was one tenth up on my lap, and absolutely went for it because I thought there was a chance of P3.

“I’m feeling fine physically – but I’m concerned about the car. I hope we can recover it.”

Given how improved Mercedes have looked in terms of race pace compared to Red Bull and Ferrari at recent weekends, Russell is hopeful of making up some ground in Saturday’s sprint.

“In terms of performance, there are positive signs,” said Russell. “We have brought some things to the car, and the interpretation of some rules has probably been in our favour, too.

“Lewis was doing a phenomenal job and absolutely flying today. Maybe I went a bit the wrong direction on set-up for qualifying; but hopefully that will be good for the race.

“Ordinarily we have better race pace than single lap, so hopefully tomorrow, we can make up for today.”