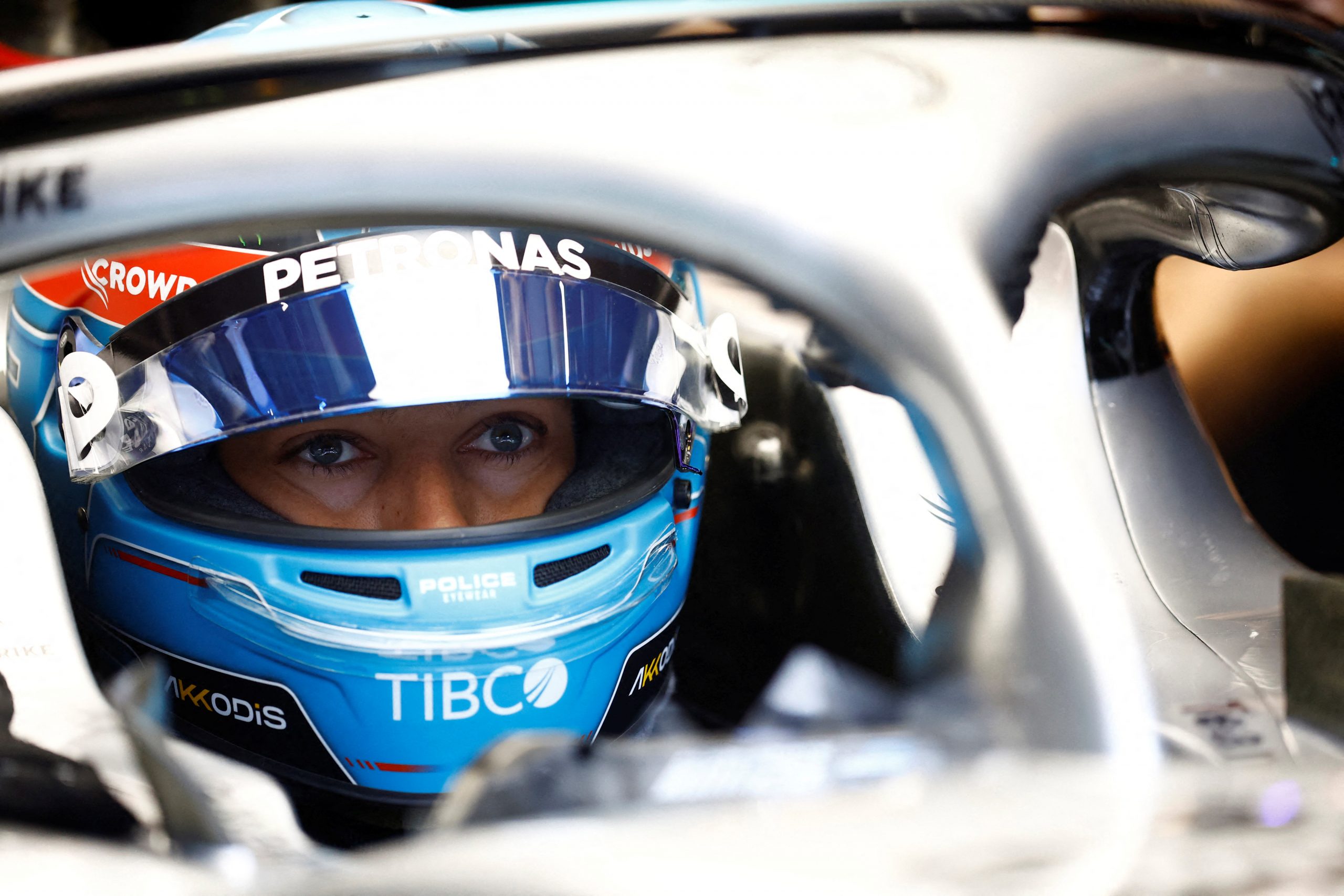 George Russell has said the low temperatures at Spa for the 2022 Belgian GP qualifying session were behind Mercedes’ struggles which saw the team’s drivers slip two seconds behind the pace of championship leader Max Verstappen.

While Lewis Hamilton and Russell will start tomorrow’s race from fourth and fifth, respectively, after Verstappen and a number of other drivers suffered engine-related grid penalties, on raw pace they were only able to manage seventh and eighth.

Many had predicted Mercedes to continue on from their form before the summer break, when Russell secured his maiden F1 pole at the Hungarian GP last time out, but the team struggled to keep up with the frontrunners at the Circuit de Spa-Francorchamps.

Russell said that it was surprising and baffling for the team, given they were around 2 seconds off the pace of the Red Bull at the front and behind the two Alpine cars.

“We struggle to comprehend how you’re on pole in the last race and we’re 1.8 seconds off today,” Russell told Sky Sports F1.

“And not obviously just with Max [Verstappen], but we were six tenths behind the Alpines.”

Russell said temperature seemed to have a big part to play in the car’s performance overall, and while they have typically had better race pace, Mercedes remained some way behind the two top teams.

“Always when the temperature is cold, we struggle. We saw it in Imola this year, we’ve seen it on many of the Fridays when it’s been a cool Friday,” Russell said.

“We just can’t seem to get the tires to work. And so it’s pretty frustrating. I’m confident we’ll have a lot more pace tomorrow compared to the Alpines, and the Williams as well.

“We’re still probably half a second to a second behind Red Bull and Ferrari.”

Despite the fact that Verstappen will start in 15th place following his grid penalty, Russell still believes the Red Bull driver will come through the field and win the 2022 Belgian GP.

“I don’t know where he’s going to be starting, but with the pace he’s got he’ll probably still win the race, and then Charles as well, he’ll probably come through.

“So I think it’s unlikely we’ll be on the podium tomorrow, in all honesty. Because we’ve still got Carlos and Checo [Perez] there and Max is going to slice through the field pretty pretty quickly.”