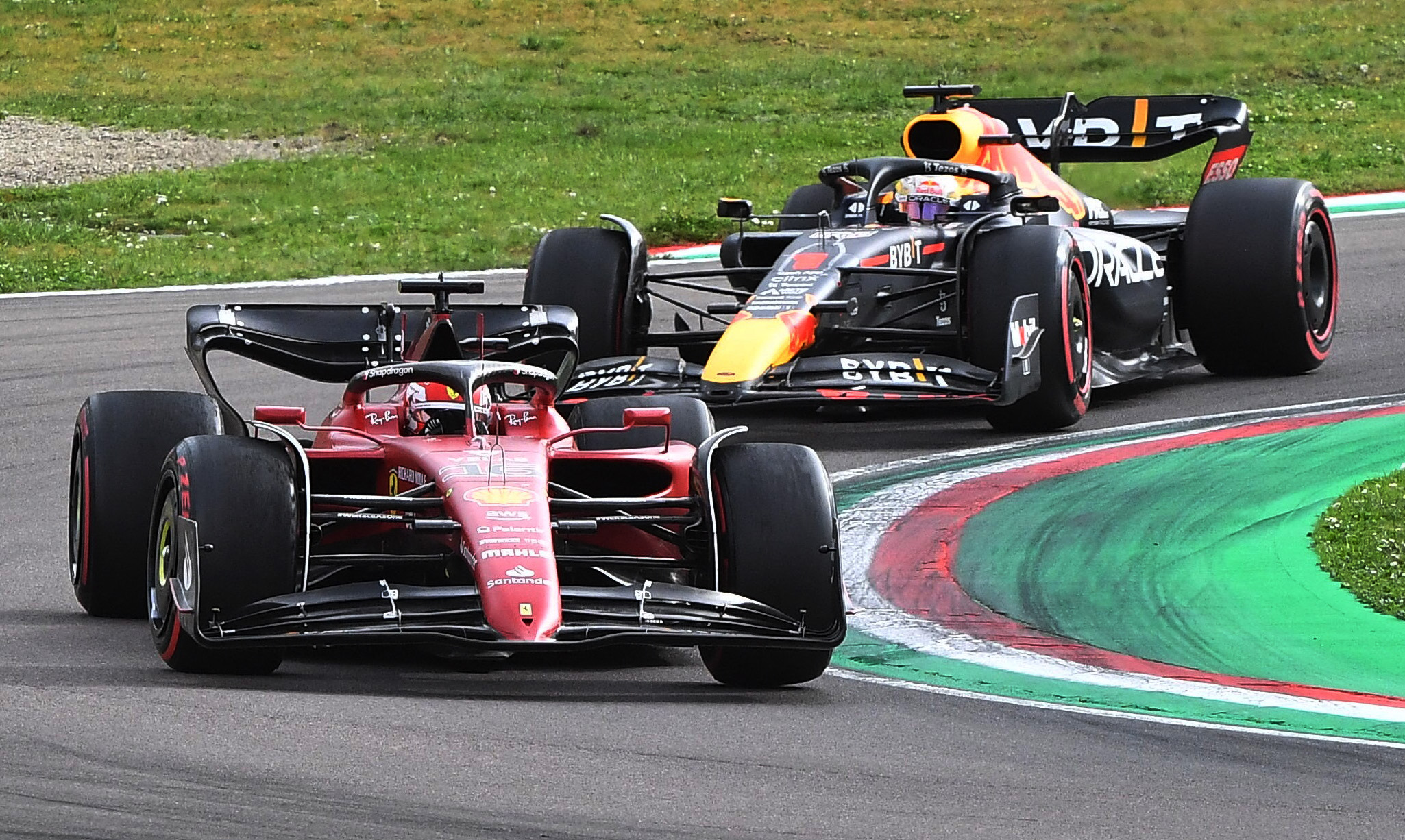 Max Verstappen managed to fight back and take the Emilia Romagna GP F1 Sprint Race, but Nico Rosberg believes the pressure will be on the Dutchman come Sunday, especially at the start of the race.

Although the Red Bull star started Saturday’s race on pole, it was Ferrari’s Charles Leclerc that led into Turn 1 after getting a much better start.

In the end, Verstappen managed to take top spot after getting past his rival on the penultimate lap. However, Rosberg is adamant the pressure will be on the Dutchman once the lights turn green on Sunday, as another poor start could prove costly.

“Certainly [Leclerc] is going to be keeping the pressure up, and it starts at the start again, because Max had a terrible start [on Saturday],” Rosberg told Sky Sports F1.

“I saw what happened, he got too much wheel spin right away, and then the car has an automatic failsafe, which reverts the gearbox to a slow upshift.

“That’s why Max thought that the gear sync was gone, and in fact, it was just the excessive wheel spin that reverts the car to a slow up shift to protect the gearbox, because if your shifting while still spinning, it puts excess load into the gearbox and can really break it apart.

“That’s a standard thing, and that’s why the pressure really is on Max for tomorrow’s start, to make sure he reduces that wheel spin and nails to start tomorrow [Sunday].”

Leclerc explained that high tyre degradation on the softs opened the door for Verstappen to pass him late in the F1 Sprint.

Despite the struggles, Rosberg believes it’s still advantage Ferrari heading into Sunday’s race, even though Red Bull have closed the gap with their upgrades.

“I still think that Ferrari has the fastest car out there, even though Red Bull is now much closer with their upgrades,” said Rosberg. “We know that they’ve dropped the car weight and the centre of gravity down.

“We know that they brought those aerodynamic upgrades on the bottom of the front of the floor, so they’re looking better, but I still think Ferrari does have the fastest car, especially Leclerc, who’s driving so well.

“So when we get away from the soft tyre, like the medium and hard tyre, I think it’s still advantage Leclerc. So therefore, I think we’re in for a really spectacular race tomorrow and they’re gonna be on a level playing field.”

Sergio Perez and Carlos Sainz made up for their poor showings in qualifying, ending the Sprint in third and fourth respectively. Rosberg feels their presence at the front will add another level of intrigue.

“With the two teammates behind now as well, there’s going be a lot of strategy play going on there because both teams can use their teammates, Perez and Sainz, to try and help the guy in front win the race,” concluded Rosberg.