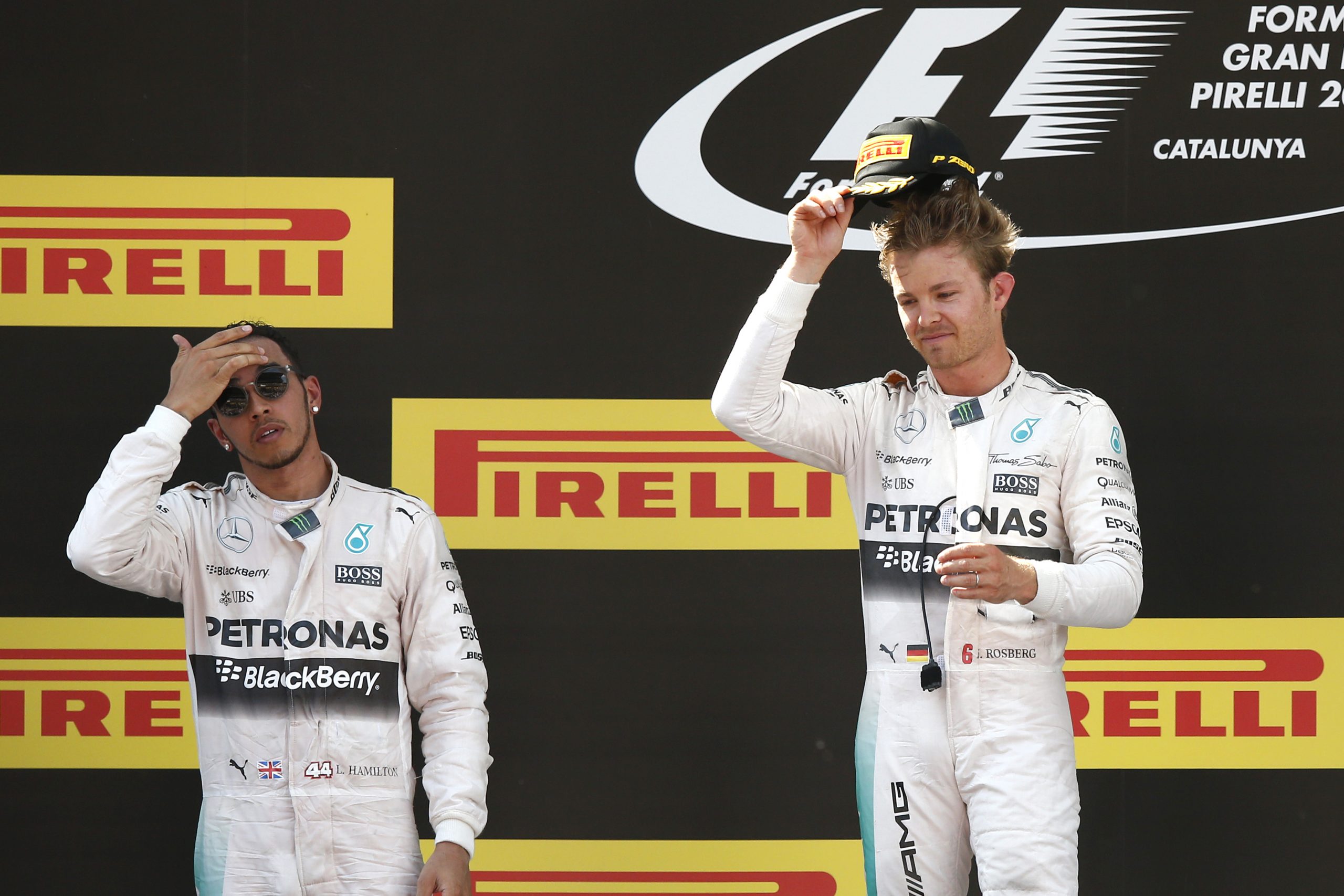 Nico Rosberg has insisted there’s nothing he’d change from his rivalry with Lewis Hamilton, and revealed the exact moment their childhood friendship became a bitter championship war when both were at Mercedes.

The pair were buddies since becoming teammates in karting and remained close throughout their early F1 careers, with Rosberg finding success at Williams, and Hamilton winning his first world championship with McLaren.

But reunited at Mercedes in 2013, that camaraderie evaporated once Mercedes became the dominant team from 2014 and a championship title was at stake. And Rosberg pinpointed the start of that battle as the moment things turned sour.

“It happened immediately when we were fighting for the world championship, not before,” Rosberg told Eurosport.

“But that’s always the case: When you’re fighting for success in every race and for titles, it doesn’t work anymore.”

“It was a build-up from one race to the next. If you want to decide the world championship for yourself, you can’t play ‘love, peace and harmony’.”

Whilst the pair’s tussle didn’t quite match the 2021 title fight between Hamilton and Max Verstappen for intensity, the intra-team battle still created some of the most dramatic moments of the decade.

The Silver Arrows broke the cardinal rule of no contact between teammates on multiple occasions whilst their rivalry culminated in Hamilton running deliberately slowly at the 2016 season finale in an unsuccessful attempt to back up the pack and have Rosberg overtaken.

“I don’t regret anything from the battle with Lewis,” Rosberg said. “That was a sensational time and a mega fight.

“You have to test limits and go into grey areas to win, especially when two drivers are at such a high level. Then it often gets tight.

“I’m very proud of that and in the meantime, we’ve returned to neutral, which is okay.”

Though long past battling each other in the cockpit, the rivalry has renewed in a much friendlier sense through Extreme E.

Rosberg X Racing is again team to beat this year, although Team X44 are on the podium for both championships.

“The funny thing is that we’re fighting each other again in Extreme E,” added Rosberg.

“You have to imagine that – we didn’t know about each other’s plans beforehand, we built up our racing teams at the same time.

“Alejandro Agag [CEO of Extreme E] didn’t reveal to me or Lewis that he was planning the same thing with the other!

“We also announced our teams within a couple of weeks of each other, that was totally cool.”