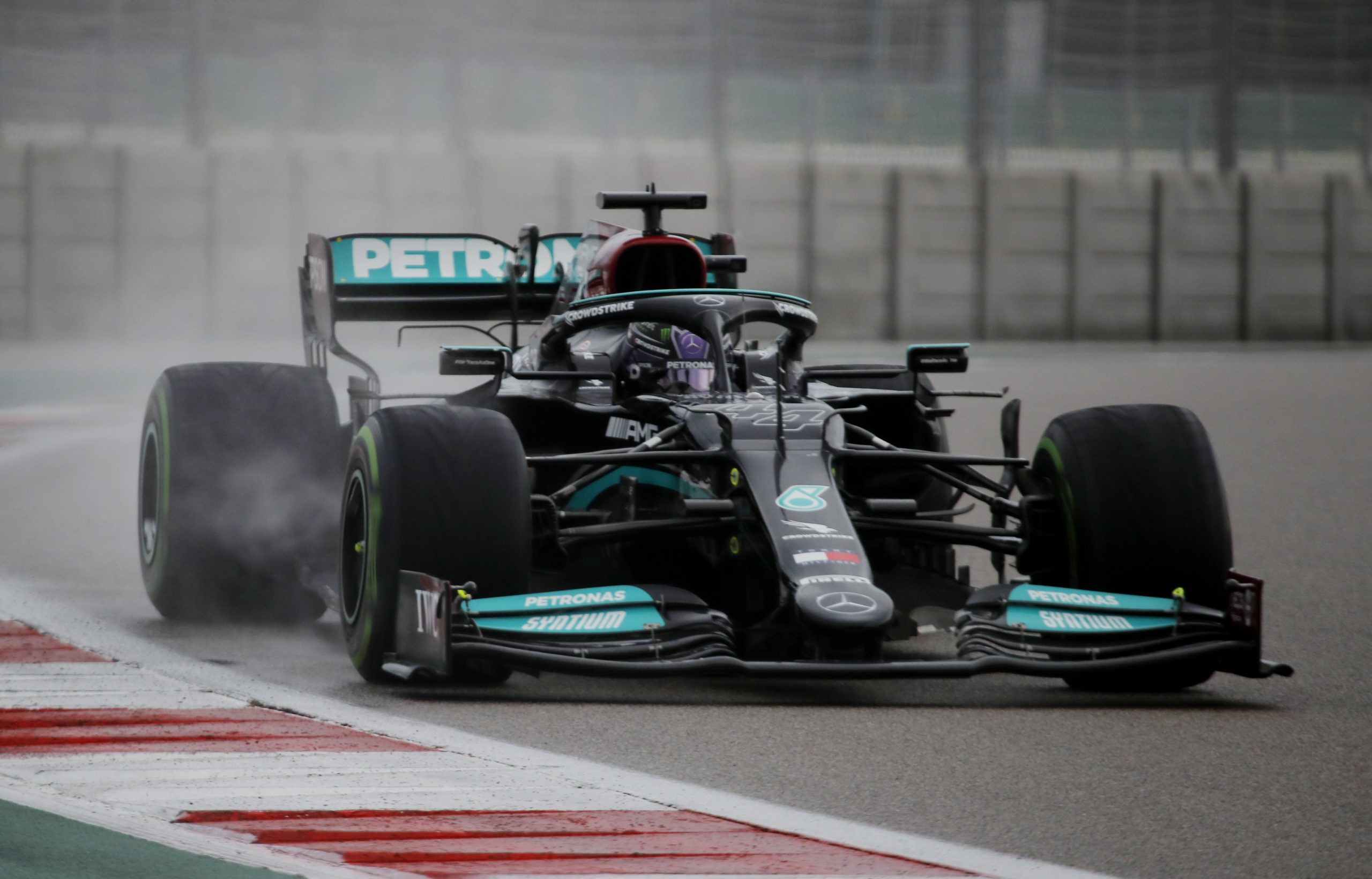 A damp qualifying session for the 2021 Russian Grand Prix threw up a host of surprises with McLaren’s Lando Norris claiming his first pole position in Formula 1 as title protagonist Lewis Hamilton bumped the wall on the entry to the pit lane, meaning the seven-time world champion will only start in fourth after enduring a compromised session.

Sandwiched in between Norris and Hamilton are Ferrari’s Carlos Sainz and Hamilton’s future teammate George Russell, who continued his good form for Williams. Red Bull meanwhile were braced for a difficult weekend as Drivers’ Championship leader Max Verstappen elected to start the race from the back of the grid after an engine change, while Sergio Perez could only manage eighth.

Given the mixed nature of the starting order, the race could prove to be a classic with the all-important tyre strategy set to play a crucial role as the race progresses.

What do Pirelli say?

Assuming it is dry, the Italian tyre manufacturer predicts a one-stop strategy for the 53 lap race. Given the rain-affected qualifying session, the drivers now have a free choice of tyre to start the race on. Pirelli says the Medium C4 to Hard C3 will most likely be the strategy of choice for the majority of the runners as it will allow for the greatest amount of flexibility especially when factoring in anomalies such as a Safety Car.

Another option is to start the race on the Soft C5 tyre and switch to the Hard C3 tyre, while the least likely option would be to run the softs and the mediums.

“Tomorrow’s conditions look set to be dry, meaning that teams will have to rely on the data accumulated on Friday, with one session less of running compared to usual,” said Mario Isola, Pirelli’s head of F1 and car racing.

“All drivers will have a free choice of tyres at the start, which means that they should be able to run the optimal one-stop strategy. With some fast drivers starting from the back, who might try something different, plus a slightly different top three on the grid, it should be a very intriguing race.”

Verstappen charge through the field

With a new power unit, Verstappen looks well placed to scythe his way through the field. The Dutchman has never been shy of going wheel to wheel with a competitor and given his penchant for overtaking, it would surprise no one if the Red Bull driver had an interesting start to the race with several of the cars in front of him considerably slower than his RB16B.

With Hamilton and teammate Valtteri Bottas not having the most productive qualifying session, the onus will be on Mercedes to help their drivers make the most out of the situation by executing a well-timed strategy. The Brackley-based outfit has pulled off its fair share of masterclasses over the years and they will be relying on their wealth of experience to help both their drivers move up the order.

The battle of F1’s legends

A McLaren, Ferrari and Williams will start from first, second and third respectively for the 2021 Russian Grand Prix.

After claiming a win in Italy, the Woking-based team will be optimistic about securing back to back wins, even if their ambition ultimately proves to be unrealistic.

The start will as always be crucial and with Sainz starting on P2, Norris will have to be wary about the possibility of his former teammate leapfrogging him during the early exchanges.

Russell meanwhile will be hoping he can claim his second podium in four races, though despite making significant improvements, the Williams car still lacks the raw speed of those around it.

With so many intriguing subplots dominating the start of the race, the 2021 Russian GP looks well placed to become a classic, though whether the on track can deliver on that promise will be left to the racing gods to decide.