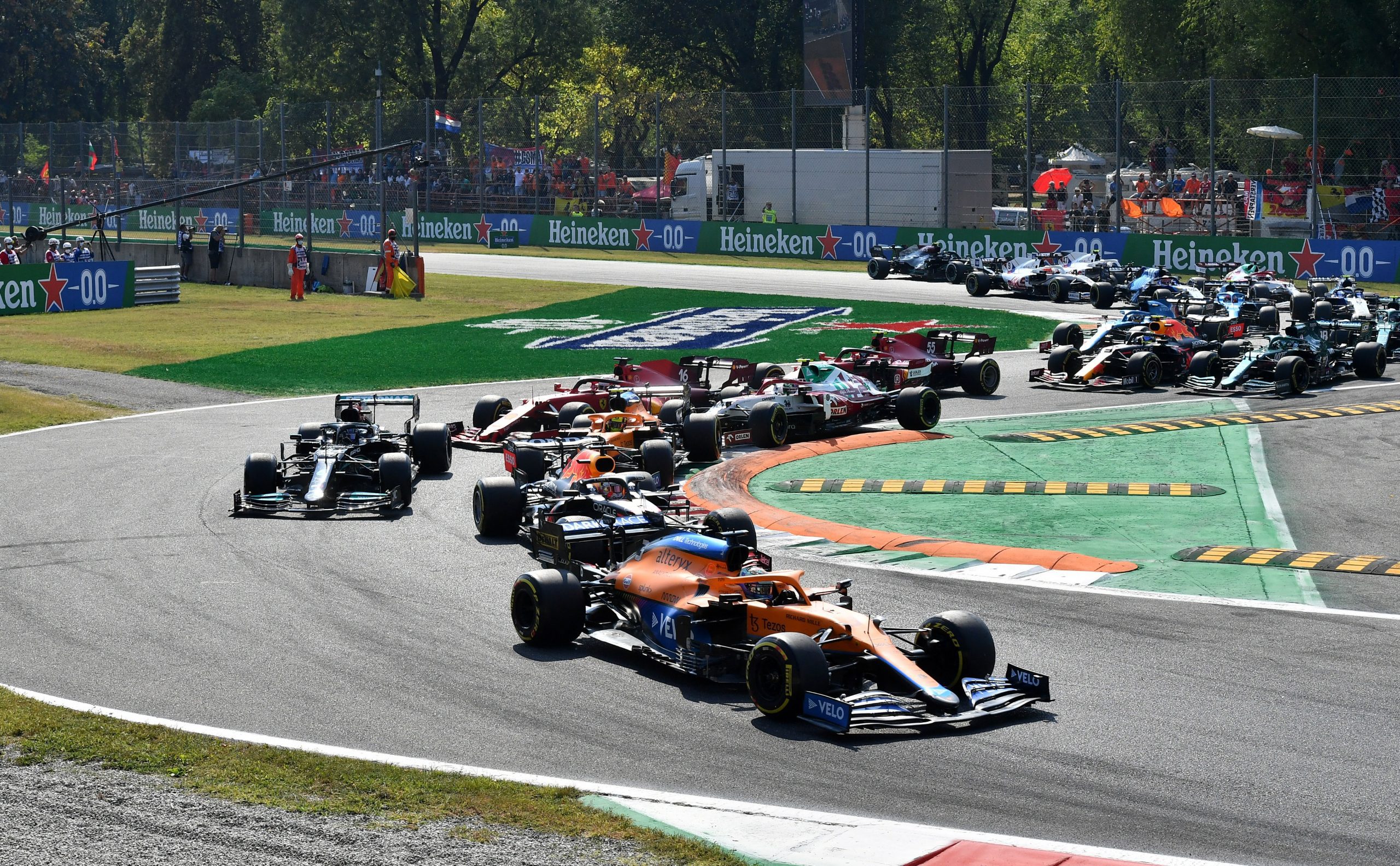 A brilliant start from Daniel Ricciardo saw the Australian leapfrog Max Verstappen at the start and lead the 2021 Formula 1 Italian Grand Prix from start to finish, taking his first win since Monaco in 2018.

Lewis Hamilton surprised everyone by starting on the hard compound tyre and it looked to be the best choice when he overtook Norris at the start. However, the McLaren man quickly regained the position.

Things remained tight with Verstappen and Hamilton sitting behind the two McLarens, then after a long pit stop from the Dutchman and the Brit did his stop, the pair came together at the first chicane with the Red Bull eventually landing on top of the Mercedes, putting both out the race.

A brilliant performance from Ricciardo saw him take the win for the first time since the 2018 Monaco Grand Prix, and even more impressive is that he held off Verstappen and led teammate Lando Norris to a famous McLaren one-two.

“I’ve just been sandbagging all year [laughs],” Ricciardo said after the race. “I’ve felt better the last three weekends. For McLaren to be on the podium is huge, let alone a one-two. I’m for once, lost for words.

Can I swear? I want to swear. No? About f***ing time. It went well for me yesterday and even if we got the start, was never a guarantee we’d hold the whole race. To lead literally from start to finish, I don’t think anyone expected that. There was something in me on Friday, I knew something good was to come.”