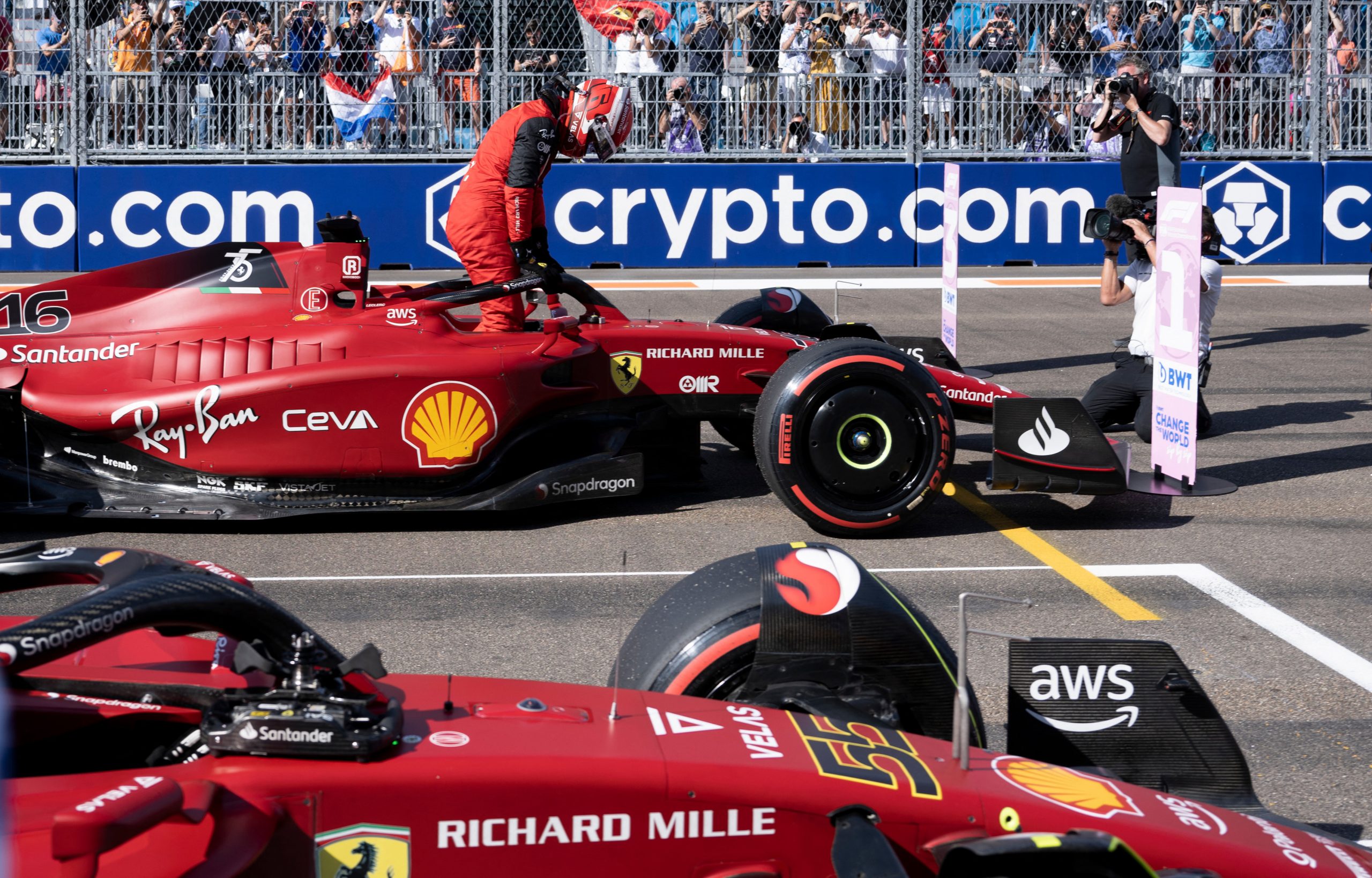 Charles Leclerc bounced back after a difficult race at Imola to claim pole with his teammate Carlos Sainz, recovering from back-to-back qualifying disappointments in Australia and Imola to claim second.

The pair will be followed by the Red Bull duo of Max Verstappen and Sergio Perez who will start third and fourth respectively, with Ferrari and Red Bull the class of the field at the moment.

Given that Red Bull cut into Ferrari’s lead at the previous race, the team from Maranello will be desperate to establish their momentum at the race in Miami.

With no previous data to rely on Pirelli predict that the first-ever Miami Grand Prix will be a two-stopper with the drivers starting on the medium tyre before switching to the hard and then back to mediums for their final stint.

The weather around the circuit has been hot and humid and almost every session has been disrupted by a red flag meaning the likelihood of a Safety Car is high. The Italian company also believes a one-stopper is possible, though the driver bold enough to attempt this strategy will have to prioritize tyre management above all else.

“It was a tightly-fought qualifying session where we saw the grip recovery concept that we have built into the tyres come to the fore: namely, the ability of the tyres to complete a number of push laps before a cool-down period, and then be able to push again with all the grip recovered and no loss of performance,” Mario Isola Pirelli’s Motorsport Director said.

“This was particularly evident in Ferrari’s qualifying strategy, where Leclerc completed three runs in Q1 on the same set of tyres while Sainz completed four. They then did three runs each in Q2 and two runs in Q3: in some of the hottest track temperatures that we have seen all year.

“Strategy tomorrow is not straightforward, but it looks as though a two-stopper will be the quickest way to go, with all three compounds potentially playing an important role.”

Similar to Melbourne in that the Miami International Autodrome is a street circuit without officially being labeled as one, meaning that the chances of a Safety Car remain high. This could open the door for several drivers most notably Lewis Hamilton who will start the race from sixth on the grid.

Hamilton’s former teammate Valtteri Bottas is another to watch with the Alfa Romeo driver putting in a vintage qualifying performance that sees him lineup as the best of the rest behind Ferrari and Red Bull.

Hamilton’s teammate George Russell will be another to watch, with the British driver qualifying a lowly 12th despite his pace during the Free Practice sessions.

However, all eyes will be at the front tomorrow as Ferrari and Red Bull resume their battle at the head of the order. With Sainz getting the better of Verstappen, it will be imperative for the Spaniard to stay in front of the Dutchman as Ferrari look to maximize their outcome from F1’s first Miami Grand Prix.