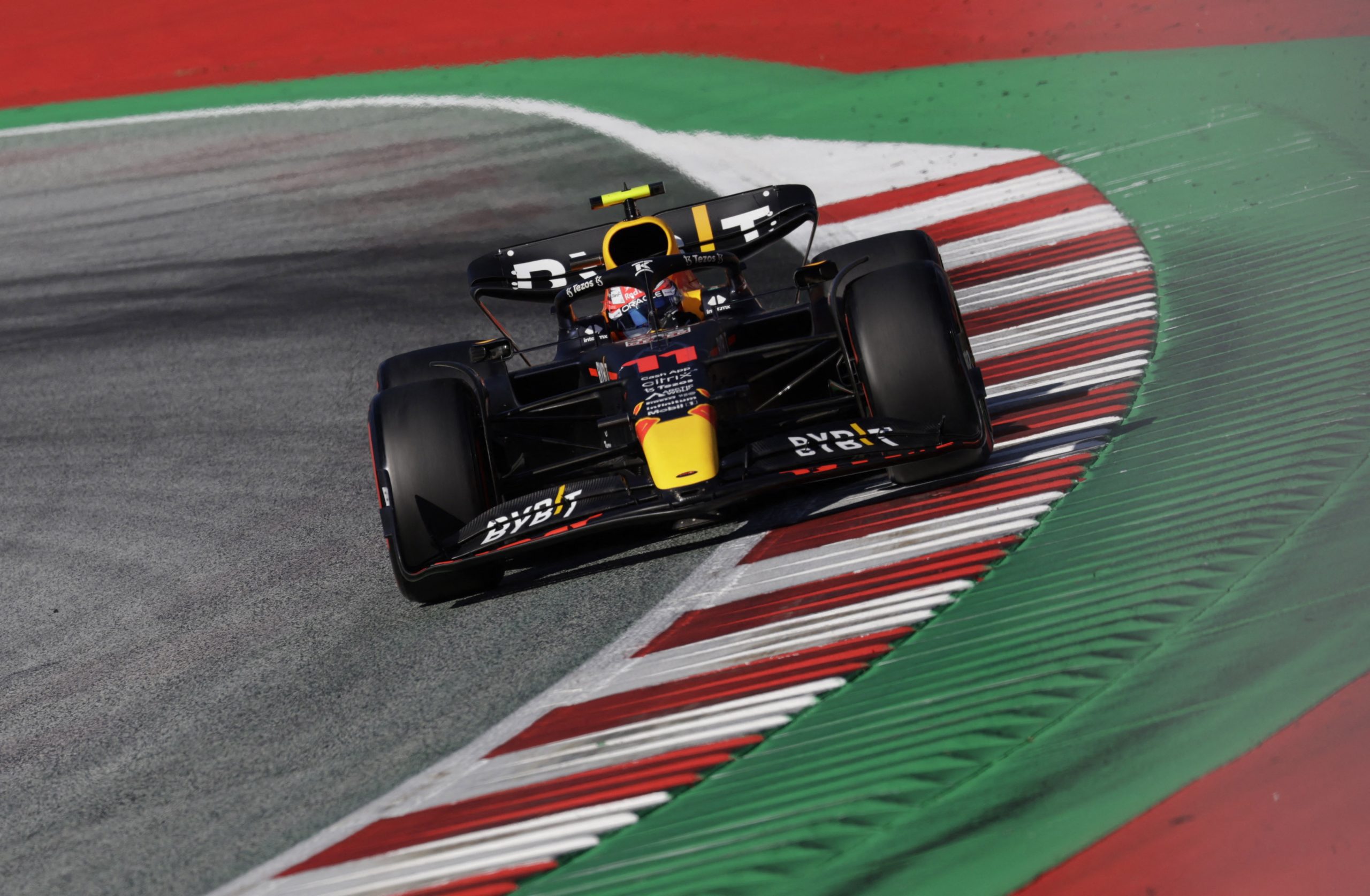 Sergio Perez will start Saturday’s sprint race at the 2022 Austrian GP from 13th on the grid after being stripped of all his laps in Q3 for breaching track limits in Q2.

Stewards clamped down on several drivers crossing the white line that marks the edge of the the Red Bull Ring, with several times deleted throughout Friday’s qualifying session.

While those deletions came shortly after the illegal lap was completed, race control only noted that Perez was being investigated for a breach at Turn 8 after Q2 had ended.

The lap helped Perez move from 12th to sixth, allowing him to take part in Q3 at Pierre Gasly‘s expense.

However, after being summoned after qualifying had finished, the stewards concluded that Perez had exceeded track limits on his Q2 time.

“Perez left the track at Turn 8 on his last flying lap of Q2, just prior to the end of the [Q2] session,” the statement read.

“As this was not identified until the moment before Q3 started, the lap was not deleted prior to the start of Q3 and Perez started Q3.

“This is a consequence of having many situations to examine in each session. The video was clear and there is no doubt of the breach, which the team admitted.

“The team made the point that leaving the track at this point is not a clear advantage and brought data to support that point.

“However, the stewards considered that this was not a case of ‘gaining a lasting advantage’, but rather is ‘leaving the track without a justifiable reason’, which is another part of the same rule and which is the section that is being applied to qualifying sessions.

“This situation, where a driver moves through to a subsequent round of qualifying, and then is identified as having committed a track limits breach, does not happen regularly and certainly not recently.

“Thus the stewards have to examine this as a new situation.”

Although Red Bull argued they had used resources to compete in Q3, the stewards deemed that wasn’t different to any other situation.

Given the Mexican wouldn’t have progressed to Q3 without his Q2 lap, the stewards opted to delete all his laps in Q3 and the aforementioned effort in Q2.

As a result, Perez, who originally finished with the fourth fastest time, will now start Saturday’s sprint from 13th place.