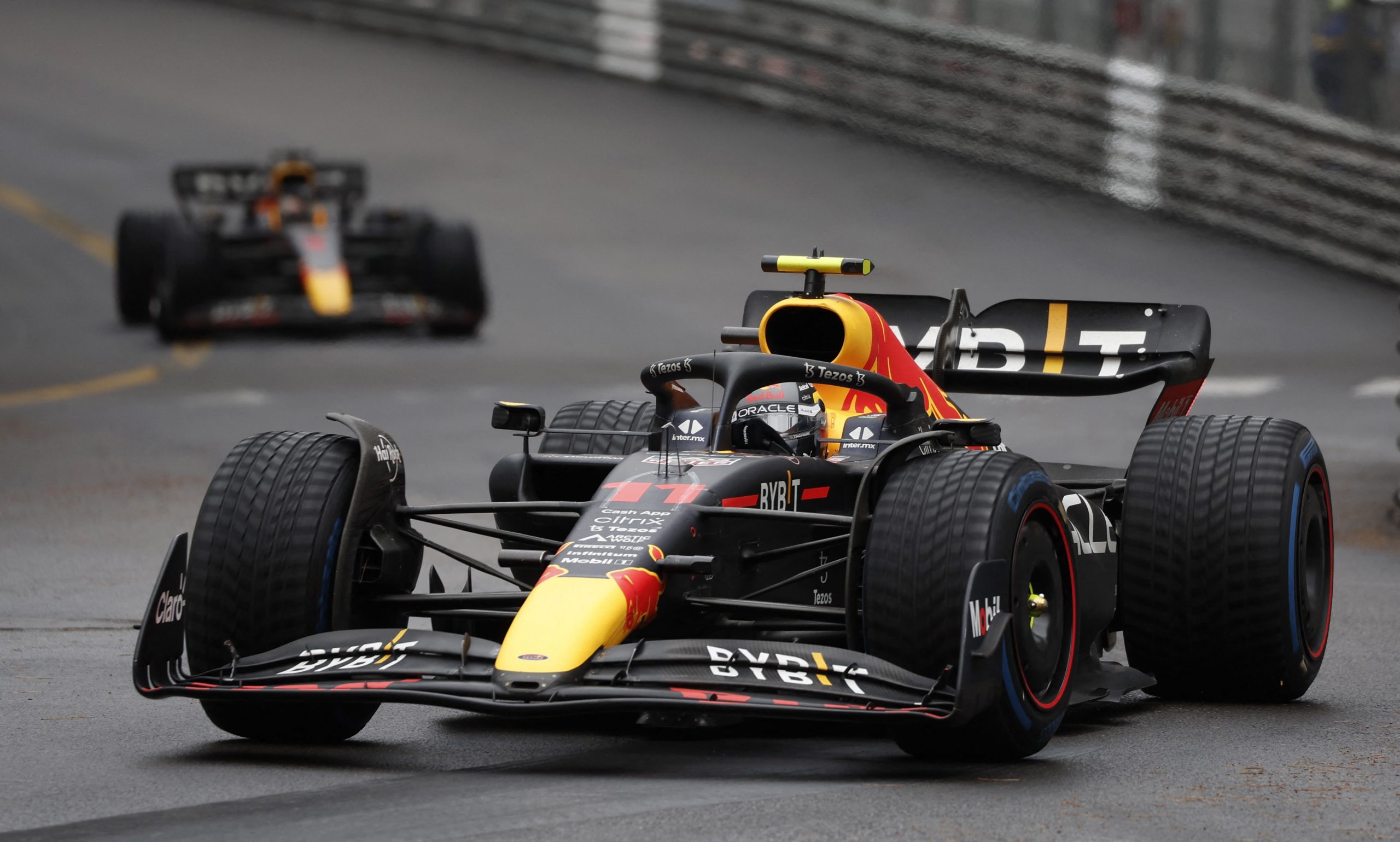 Sergio Perez took a maiden Monaco GP victory on the streets of Monte Carlo after the race start was delayed by over an hour due to wet conditions.

Charles Leclerc led the earlier stages of the race which eventually got underway with all drivers on wet tyres, but Ferrari made a confusing pitstop which put the hometown hero back down to fourth behind teammate Carlos Sainz and the second Red Bull of Max Verstappen.

Following another red flag to clear debris and repair the barriers damaged by a crash for Haas’ Mick Schumacher, Perez controlled the race despite pressure from the Ferraris to take his third victory in F1.