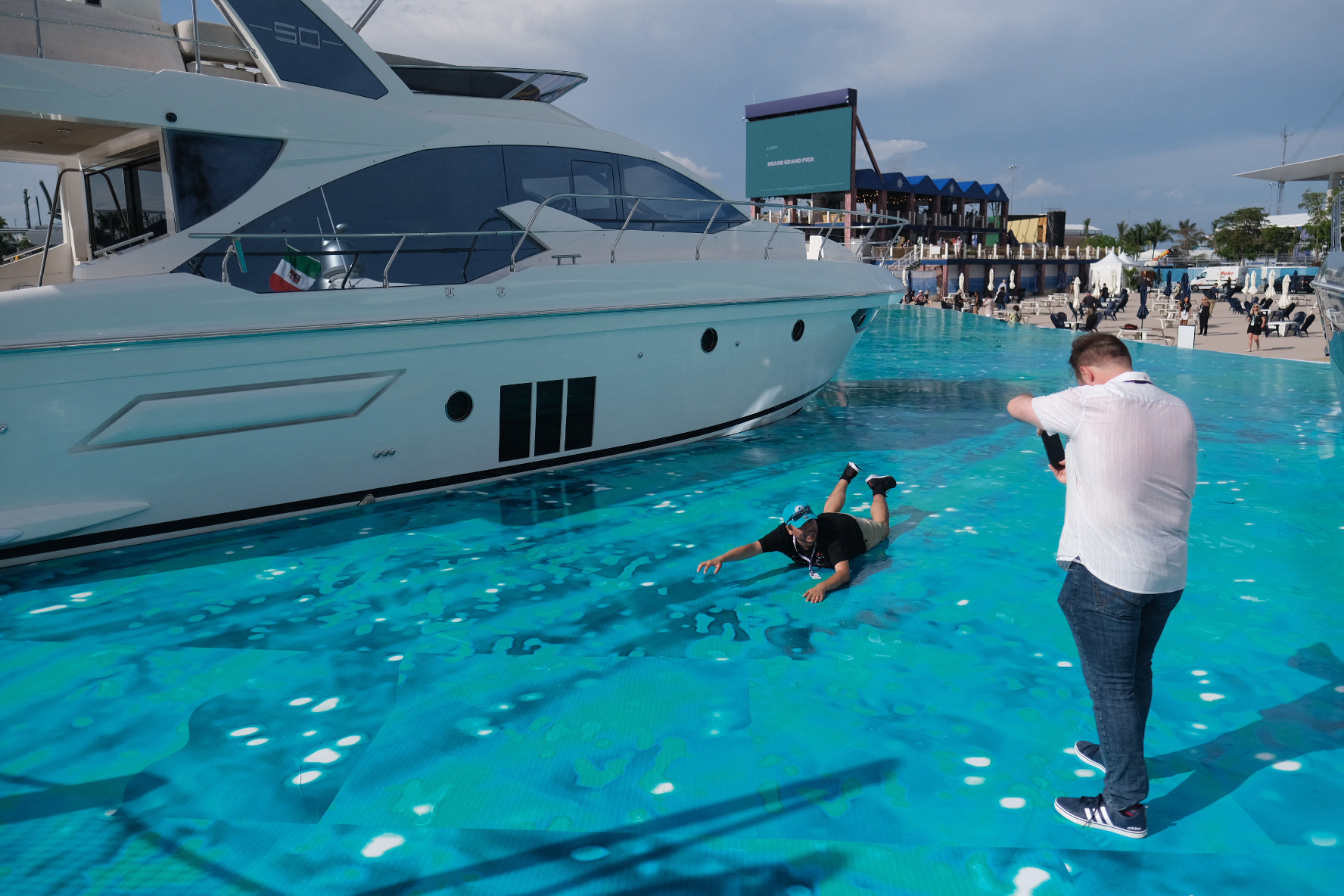 A new venue is always exciting for Formula 1 and the build-up to the Miami Grand Prix suggests we could be in for a thrilling weekend as Ferrari look to hit back following a disappointing result at Imola.

Charles Leclerc‘s lead was cut to 27 points after he threw away a certain podium by spinning when in pursuit of Sergio Perez during the closing stages of the Emilia Romagna GP.

Max Verstappen is the driver heading up the chasing pack and appeared to have made a step forward with his understanding of the car, as he dominated his way to victory last time out.

The Miami International Autodrome features 19 turns and is most similar to the Baku street circuit with long straights and tight, twisty sections.

Overtaking should be possible, especially since there are three DRS zones so expect more of the close racing we’ve had so far in F1 2022.

Miami GP organisers are confident the atmosphere will be electric around the Hard Rock Stadium, where the 3.36 miles track has been built so it ticks another big box for Liberty Media.

“We have tried to create a track that drivers love to race on and a campus that offers unique, best-in-class fan experiences; and we can’t wait for the first weekend in May to be here,” said Miami GP CEO Richard Cregan.

“There has been no compromise on any aspect of the circuit design or quality of construction.

“In my experience of working with new venues over the years, I’ve never seen as much effort on perfecting the surface of the track as we have done in Miami.

“Everything was exactly per the design, and everyone involved in construction has done an incredible job.”

Which teams will the Miami GP track suit?

One of the biggest factors this weekend is the new asphalt which is likely to create bigger margins than we’ve seen in the races so far because the difference between getting it right and wrong will be larger.

Getting the C2-C3-C4 Pirelli tyres into the right window will be tough, especially since the track temperature could be above 40 degrees celcius.

Whichever team enjoys the heat and can run the least cooling possible, because having more cooling costs performance.

It’s difficult to confirm any trends that a certain team prefer warmer conditions, so the Miami GP will be a good indicator for the future as summer approaches and the chances of hotter races increase.

The very tight sequences of corners from, Turn 11 to Turn 16, is tailor-made for the nimble Ferrari, whereas the long straights should suit Red Bull.

“I found the new circuit fun on the simulator and it can potentially be a good place for racing with those very long straights,” said Sergio Perez, who is third in the championship.

“I think choosing the right downforce level will be the biggest challenge for all the teams.”

Something that could reverse the speed trap trend is Leclerc is set to have a second power unit, after Sainz‘s car was fitted with a new engine at Imola, so simply having a fresher power unit could give Ferrari the upper hand in Miami.

Will Mercedes begin their fightback

It seems every weekend people ask when will Mercedes show a glimpse of their championship winning form.

At some point, it will be too late to mount a title fightback and you would think the next two races in Miami and Barcelona are the last chances for Lewis Hamilton and George Russell to become serious title contenders.

Mercedes will bring a new front and rear wing to the Miami GP, as they look to have their most competitive weekend in 2022 yet.

“Since we returned from Italy, we’ve learned as much from the weekend as we can and, in parallel, our learning has continued in the wind tunnel and simulations,” said team principal Toto Wolff.

“We have found several directions for improving the car, and we will be conducting experiments in Miami to correlate those simulations, and hopefully confirm the development path for the coming races.

“Both drivers have been working in the simulator ahead of Miami and the factories have been busy producing updates for the next races. The saying ‘smooth seas do not make good sailors’ comes to mind.

“This team has shown its resilience over many years and the difficult start to this season has lit a fire within every team member, determined to put it right.”

Despite Wolff‘s optimism, it still feels like Mercedes are going to be fighting against Alfa Romeo, Alpine, Haas and McLaren rather than for a genuine place on the podium.

The challenging nature of the hybrid Miami track will almost certainly see a red flag or two in qualifying and a safety car intervention.

With such a competitive field, the timing of these interventions could be game-changing and this is where strategy can come into play too.

How the tyres react to the mixture of bends and the tarmac will dictate whether we see low or high tyre degradation, if it’s the latter, the race will be even more chaotic.

Ferrari face a big test to see if their mistakes from Imola have a negative impact on their performance two weeks later in Miami, so we’ll find out if the character of the team is strong enough to win the title.

Should Verstappen dominate for a second race weekend running, the momentum will have swung towards Red Bull and that will be a real blow for Ferrari.