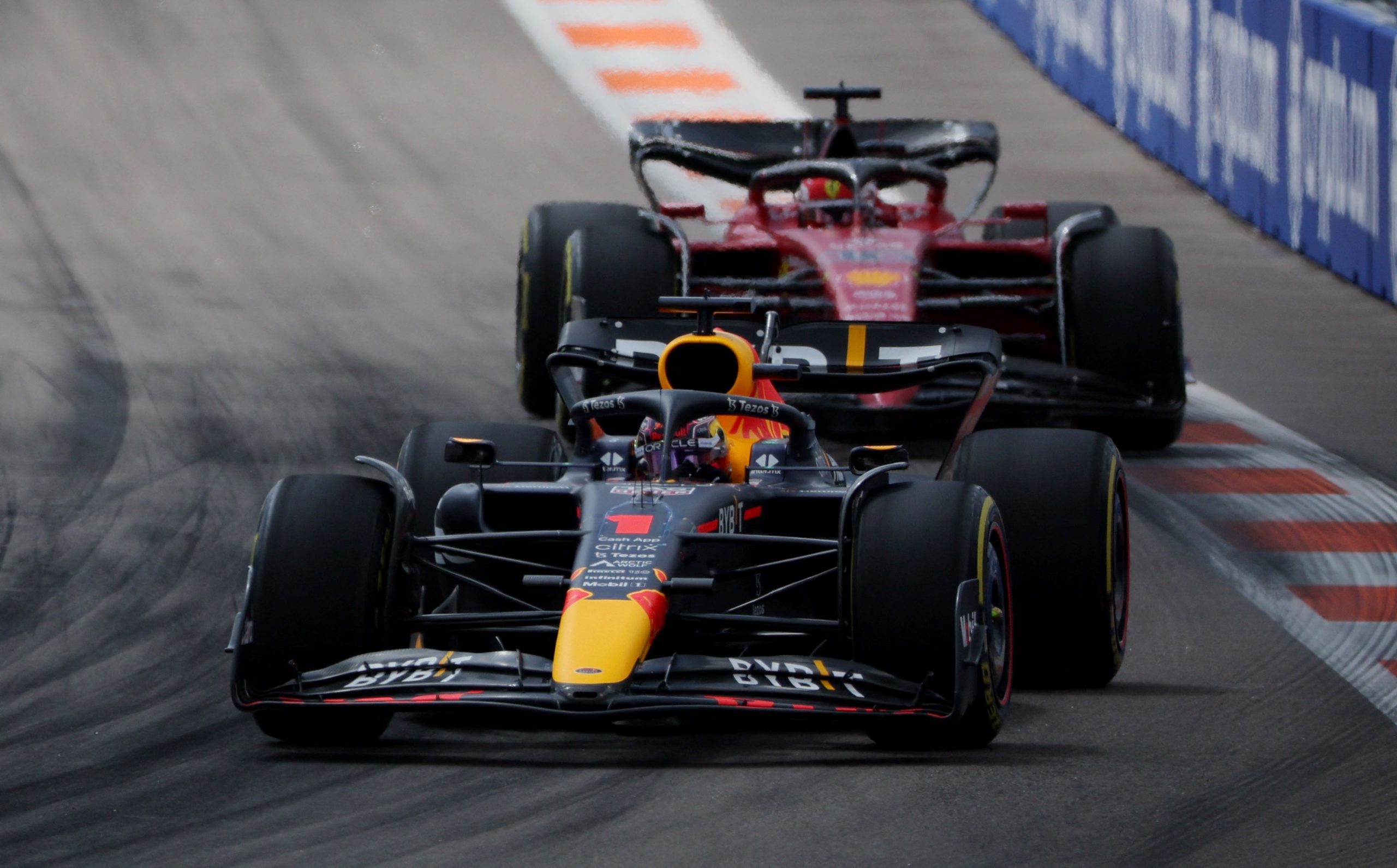 It was Red Bull’s Max Verstappen who took victory at the 2022 Miami Grand Prix, becoming the first winner at the Miami International Autodrome, with a solid drive on Sunday.

Verstappen, who started in third, jumped Carlos Sainz into the first corner, then on Lap 9 he overtook Charles Leclerc for the lead.

And it looked like the Red Bull driver would wrap up victory after a rather uneventful race until Lando Norris hit Pierre Gasly with 16 laps to go.

That bunched up the field and allowed for some excellent racing between the top two, and Verstappen eventually consolidated his advantage over Leclerc and took the win.