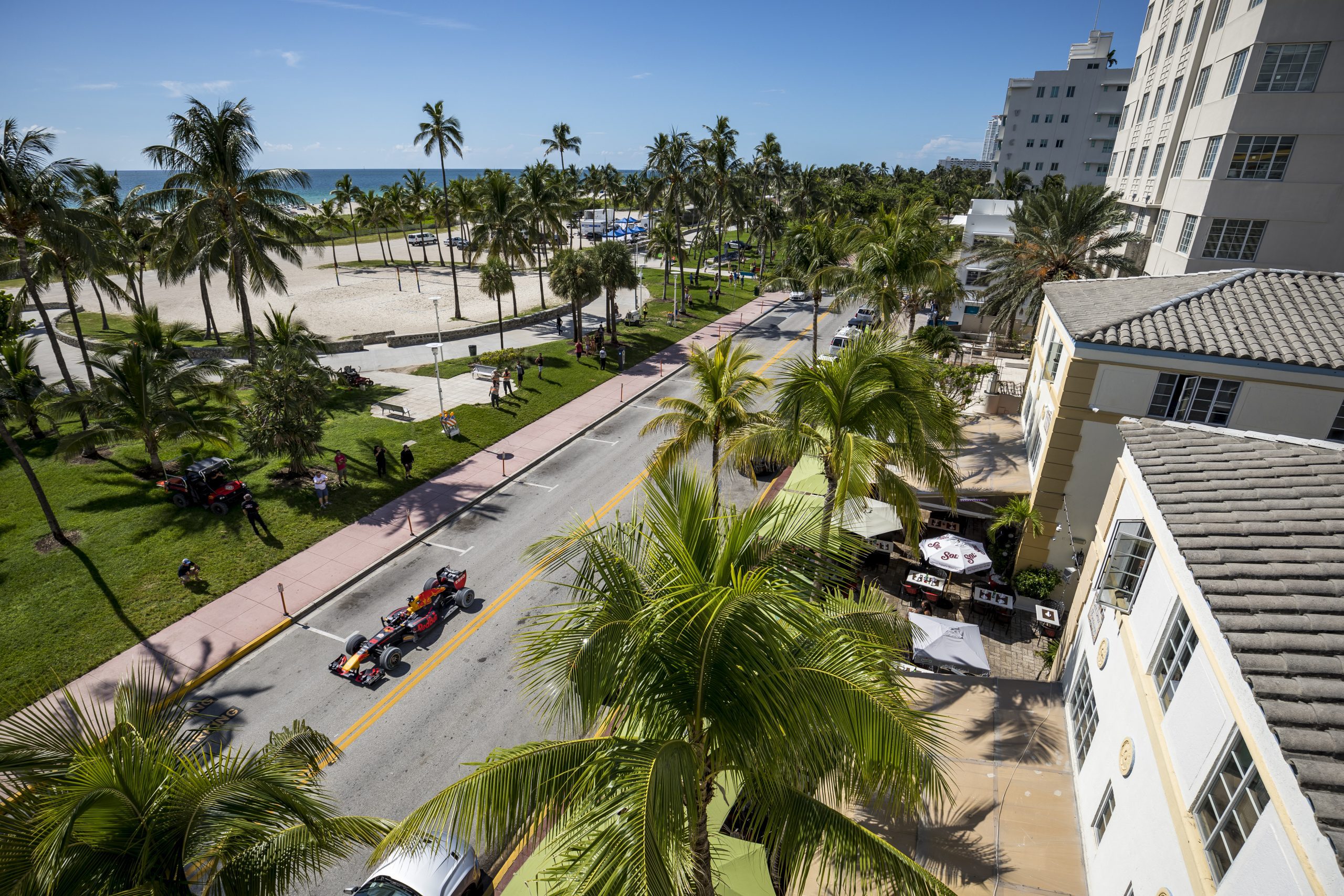 Formula 1 is heading to the sun-kissed streets of Miami for the first time between May 6-8 for the inaugural Crypto.com 2022 Miami Grand Prix.

Surging US interest in the sport on the back of the success of Netflix series Drive to Survive has prompted a renewed push to engage the American market, and the first Grand Prix in Florida in one of the country’s most dynamic cities promises another scintillating weekend.

The race has been years in the making, with the initial plan to construct a track around the downtown area running into residents’ opposition, and it took some time for the parties to agree a deal.

Eventually a circuit on the streets around the Hard Rock Stadium, home of American football’s Miami Dolphins, was decided on as the venue, and the track is set to be lined by a series of yachts and marinas which should help add to the glamour of the event.

The ingredients are all there for a classic race, with Red Bull and Ferrari set to once again go head-to-head as Charles Leclerc and Max Verstappen stake their claim to the 2023 drivers’ championship lead.

Here is everything you need to know about the 2022 F1 Miami GP.

Breaking into the lucrative US market has eluded several F1 chiefs, with the country’s unique mix of existing motorsports such as NASCAR and forgettable ventures such as the farcical 2005 United States GP at Indianapolis– when only six cars began the race after issues emerged with tyres- stunting the opportunity.

Fast forward to 2022 and the global success of Drive to Survive on Netflix has propelled F1 into a new era, with millions of new fans in the US gaining an interest in the sport.

The 2021 US Grand Prix at the Circuit of the Americas in Austin, Texas, attracted a record crowd of 400,000 over the race weekend, and the rise in viewership over the last few years convinced all parties of the potential for another race in the country.

Miami has naturally emerged as a new venue for F1. Given the city’s glamorous reputation, love of cars and growing role as a hub for business and technology in the US, Miami fits neatly into the roster of race venues.

The push to host a race in the city was led by Miami Dolphins team owner Stephen Ross, and with the proposed downtown race dead in the water, the area around the Hard Rock Arena was a natural choice of location for the street circuit.

What time does the Miami GP start?

Below is a full breakdown of all Miami GP session times.

Where is the Miami GP?

The race will take place on the streets surrounding the Hard Rock Stadium, home of American football’s Miami Dolphins team.

The circuit, officially known as Miami International Autodrome, is 5.412km (3.363 miles) long and consists of 19 corners, with the race set to be run over 57 laps.

A mix of public and specially-built roads will be used for the track, with the back straight running down 203rd street through Turns 17, 18 and 19.

Below is a map of the Miami International Autodrome for the 2022 Miami GP.