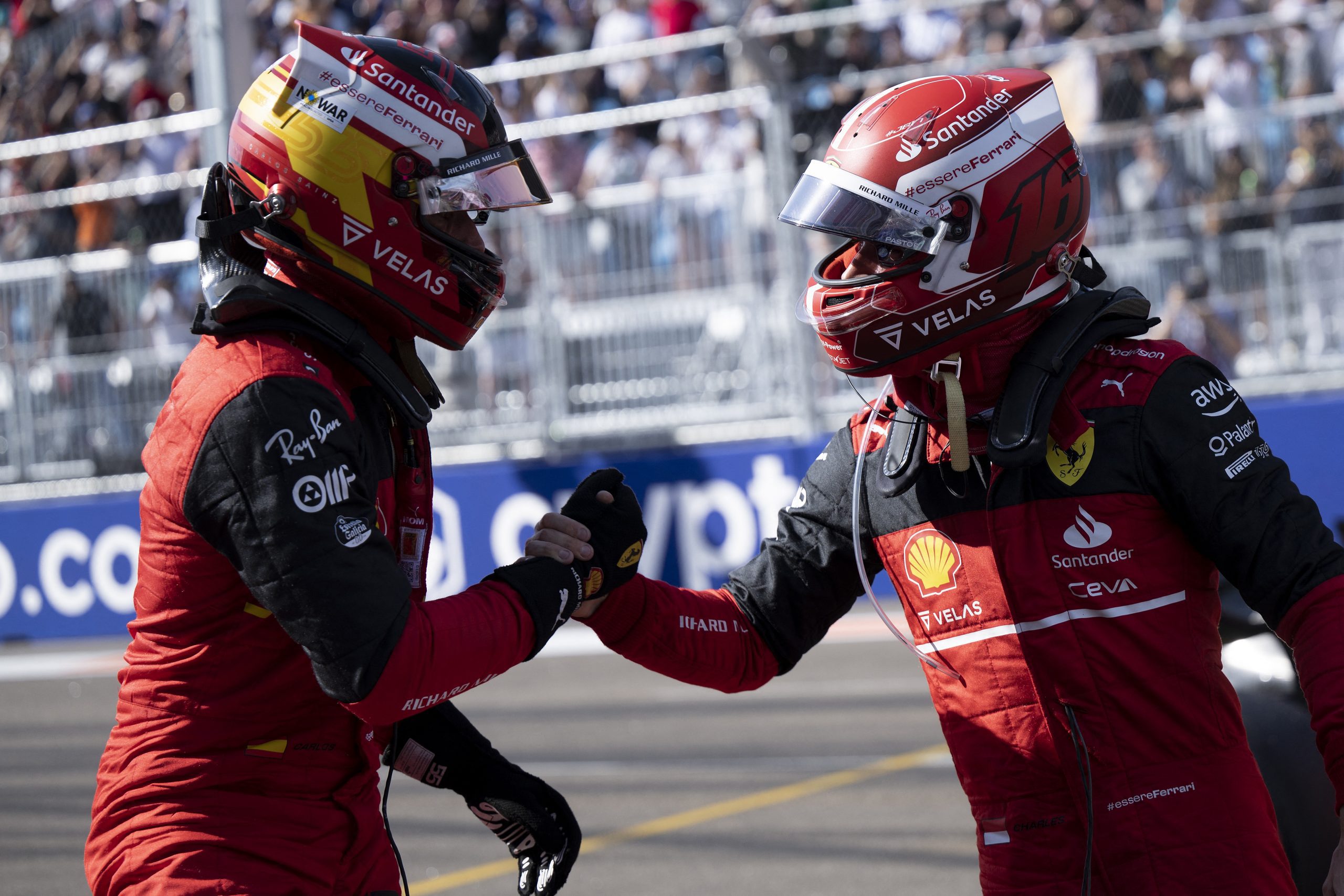 Ferrari sporting director Laurent Mekies says both Charles Leclerc and Carlos Sainz will be focused on maximising their performance at the 2022 Miami GP rather than fighting one another on track.

The Scuderia secured their first front row lockout since the 2019 Mexico Grand Prix thanks to a blistering showing on Saturday, with Leclerc leading the way ahead of Sainz.

With Red Bull in close pursuit after locking out the second row, Mekies says that both drivers will be free to fight one another, as long as they make sure they secure a strong result for Ferrari first.

“We always work as a team,” Mekies told Sky Sports F1. “It doesn’t mean we give instructions to the drivers, but the baseline is let’s work as a team to try and maximise the points.

“If you work with that, it doesn’t mean you need to instruct them during the race. That’s actually quite rare, it happens maybe three or four times a season.

“Above all, it will be a very intense chess game with Red Bull.”

Leclerc looking to finish the job

All of Leclerc‘s four career F1 victories have come from pole, including his two wins so far in 2022.

It’s no surprise then that the Monegasque said he feels at ease in the F1-75, which is why he’s hoping to put a bow on his weekend on Sunday.

“The car felt good,” said Leclerc to Sky Sports F1. “I made a mistake in the first sector which cost me quite a bit, and then it was all about catching up.

“I pushed quite a lot after that, and the lap came together. I feel at ease with the car. It’s a car where you need to think a lot to go fast, but for now I feel at ease.

“It’s good to be starting on pole, and we need to finish the job tomorrow.”

Sainz reveals where he lost pole

As for Sainz, the Spaniard bounced back after crashing and hitting the unprotected concrete on the outside of Turn 14 in FP2.

At one point Sainz looked to be on course for his first career pole, however he had no doubts as to where it went wrong.

“At Turn 17,” Sainz told Sky Sports F1. “I’ve been struggling there all weekend. I was down on Charles there all of qualifying.

“I tried something different and it was even worse, so I know what not to do tomorrow. In general, I’m driving better with this car.

“I’m getting there and trying different things. It still surprises me now and then, like you saw yesterday [Friday] but I’m doing the best I can to get myself up to speed.

“Today was a challenge after the crash yesterday, but I think I managed to do a better job.”