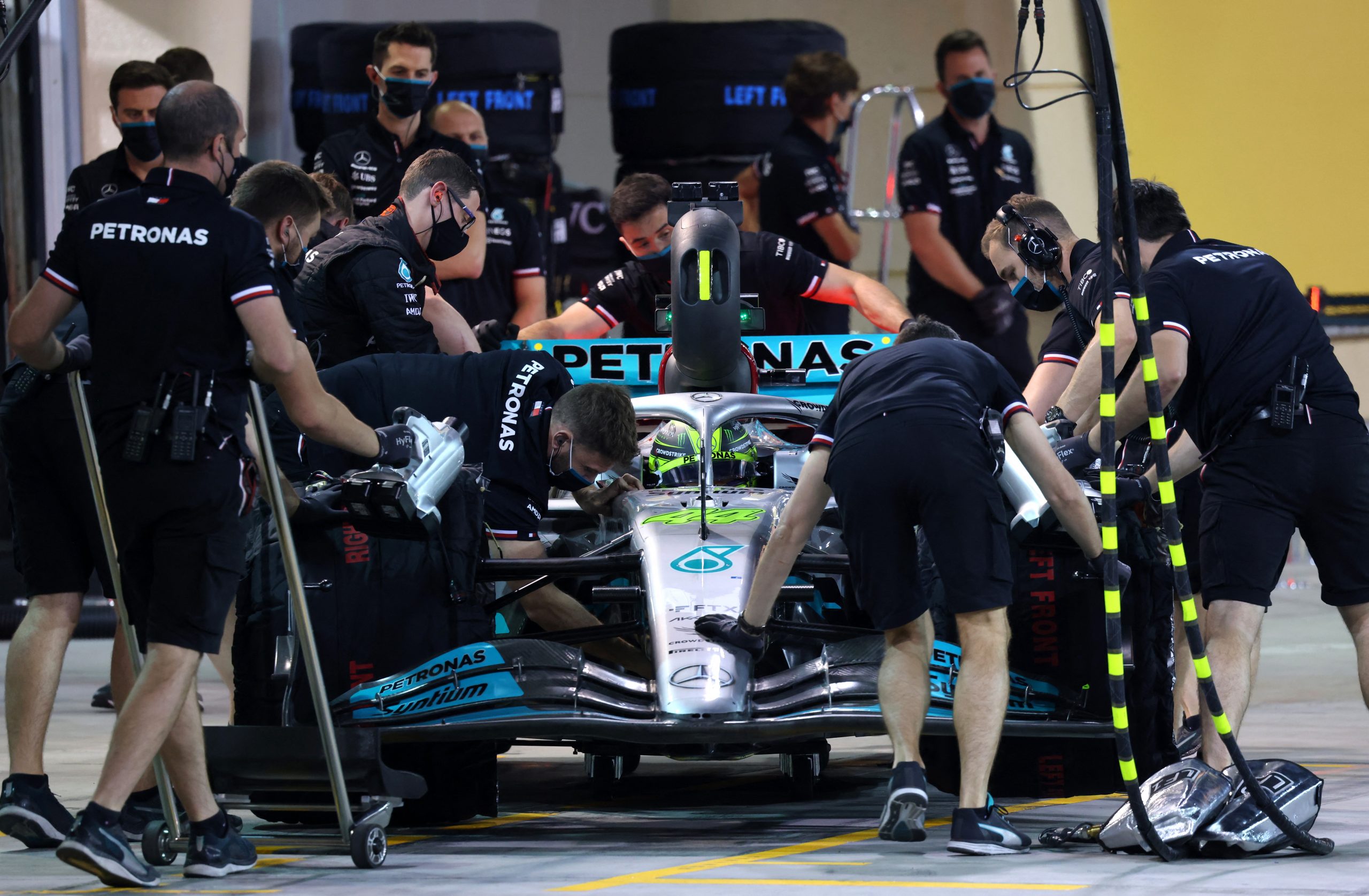 Former Toyota and Renault driver Jarno Trulli, who won the 2004 Monaco Grand Prix, said he expected Mercedes to continue their struggles in Melbourne given the nature of the circuit.

If fans of the Mercedes Formula 1 team were hoping for a renaissance at the 2022 Australian Grand Prix, they are set to be disappointed with the reigning Constructors’ world champions tipped to struggle in Australia.

Mercedes boss Toto Wolff already stated that the coming weekend would not be a “picnic” for the Brackley-based team with his sentiments echoed by former Grand Prix winner Jarno Trulli.

The Italian goes on to state that it will be Ferrari and Red Bull who will continue their battle for supremacy with Mercedes being forced to protect their status as the third-fastest team on the grid.

“Melbourne is a very fast circuit and you need a very balanced car,” Trulli told L’Equipe.

“The brakes are very stressed and therefore a balanced car and good traction will be important. There are not many turns, it’s more a question of braking and acceleration. I see Ferrari and Red Bull fighting for the first places, Mercedes will still have trouble.

“If they do not do a good job on the car, it is likely that they will find themselves behind other teams, both in qualifying and racing. We saw at the last Grand Prix that when Mercedes has difficulties, other teams such as Alfa Romeo, Haas and Renault are ready to take advantage of it.

“It will not be easy for Mercedes, it will rather be a fight between Ferrari and Red Bull.”

What’s the best outcome for Mercedes?

With the current pace deficit to both Red Bull and Ferrari, the Mercedes team will be hoping to consolidate their position as the best of the midfield runners in Australia. The eight-time team champions will be hoping to improve on their performance at the Saudi Arabian Grand Prix, which saw lead driver Lewis Hamilton struggle to 10th after a shocking Q1 exit.

However, if either Red Bull or Ferrari are hit by reliability woes, then a podium could be on the cards for the struggling giants, in what would be a repeat of their result at the season opening race in Bahrain.