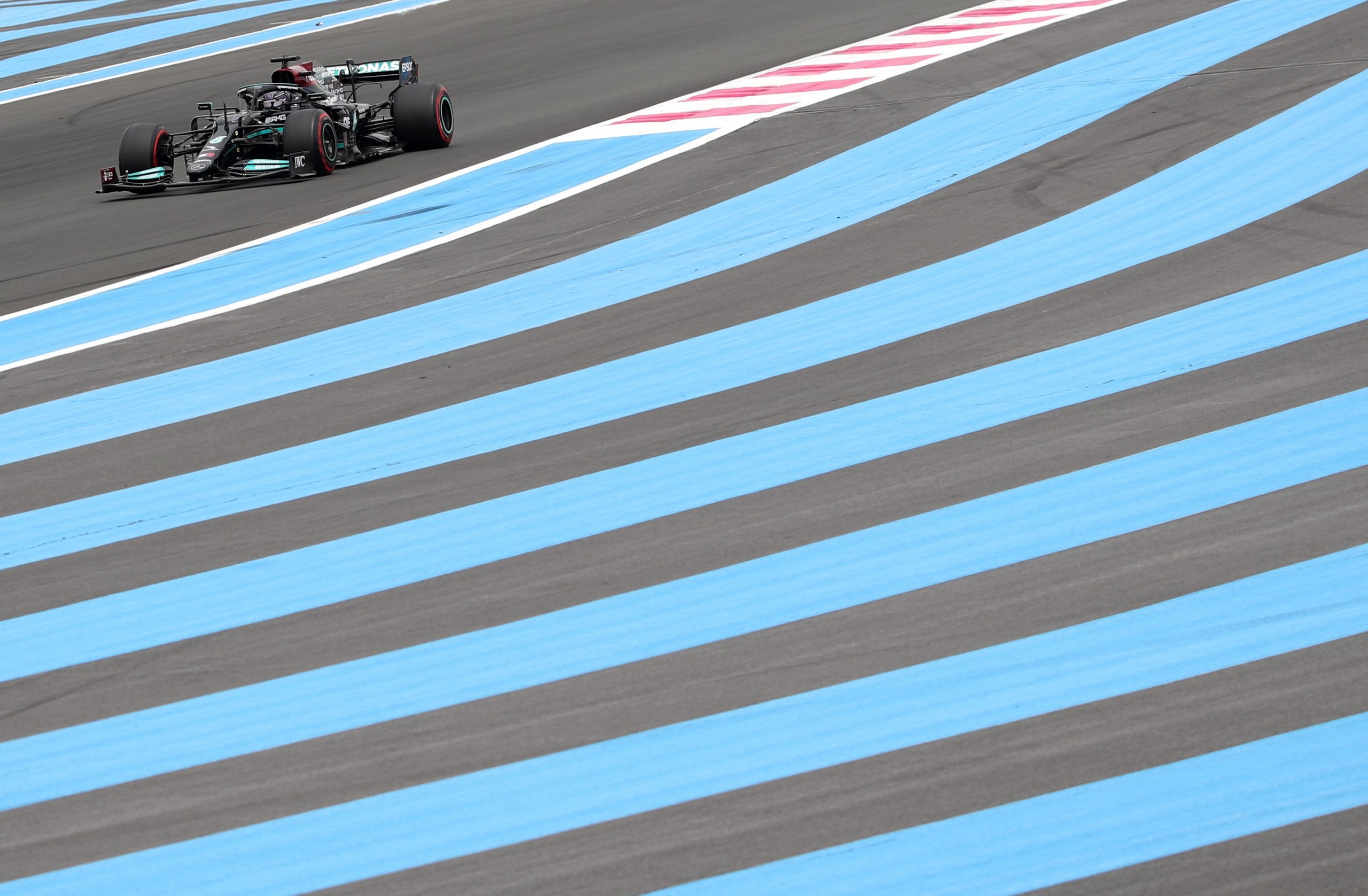 Predicting which of Red Bull and Ferrari will be the team to beat has become increasingly difficult recently as both teams continue to bring upgrades and understand their 2022 Formula 1 cars at rapid rates.

If you think Max Verstappen will walk his way to a second F1 title, think again. Verstappen has a buffer of 38 points over Charles Leclerc going into the French Grand Prix.

Their teammates, Sergio Perez and Carlos Sainz, will no doubt play a role in the title fight but so will Mercedes which may prove to be the case as early as this weekend.

Ferrari‘s upgrades at the last three events have worked wonders and they should have a great chance of making it a hat-trick of wins to really ramp up the pressure on Red Bull.

But, there might be a slightly different mentality at Maranello since Carlos Sainz is set to start at the back of the grid following his power unit failure at the Austrian GP.

Sainz was using his third engine in Spielberg and the damage sustained from his blow out is irreparable.

As for Leclerc, he may take on a new turbocharger to add to his pool which would trigger a five-grid place penalty.

If the Monegasque driver doesn’t have any grid penalties, he has to be the favourite.

The Ferrari appears to enjoy the warm conditions and the team have brought a new floor and Venturi inlet design to Paul Ricard, both significant upgrades.

“But looking ahead, I am quite confident that we can be quick this weekend and go for the win. So it‘s all about putting everything together with no mistakes.”

Red Bull’s ‘weakness’ to be tested

It was clear Ferrari had the upper hand with tyre wear at the Austrian GP compared to Red Bull, something that wasn’t the case earlier in the season.

This suggests Red Bull‘s high tyre degradation last time out was a one-off, although if they have problems once again this weekend, there could be a new trend in this title race.

“We just didn’t put the best package of the car on track which caused issues with the tyres,” Verstappen told Sky Sports.

“I definitely expect us to be more competitive in France. It’s most important to get the most out of ourselves because that hasn’t been as straightforward as I’d like.”

Verstappen drove a brilliant race to win last year’s French GP, a drive which went under the radar given the drama throughout the 2021 season.

Perez was strong too and will need to be right up there this weekend to help Verstappen, especially if Mercedes are competitive.

Can Hamilton win on his 300th F1 race start?

Just two races ago Mercedes had a genuine chance of winning at Silverstone on merit, a track which has served them well in the turbo-hybrid era.

Another venue where the Silver Arrows have thrived is Paul Ricard so it could be Lewis Hamilton‘s best chance of taking victory yet.

George Russell thinks if the team can put everything together, they can get to within two tenths of a second of Ferrari and Red Bull.

Mercedes are coming and it feels like a question of when they will get properly back to the front, rather than if.

“We’ve sharpened our tools in other areas so when we do get back to where we deserve to be, we’ll appreciate it that much more,” Hamilton told the press. “Every weekend we’re hoping to improve for sure.

“I don’t know what to expect this weekend. We’re constantly making changes to the car, aero-surfaces and everything. I’m hoping we discover something to move forward.

“I do believe we’ll be able to compete with these guys, whether it be now or five races.

“I think about the journey, we’ve got consistency and we’ve continued to push – no-one in our team has given up. It’s been a really valuable lesson learned for all of us and experience.”

Hamilton will become the sixth driver in F1 history to start his 300th Grand Prix, an impressive milestone which the Briton claims he didn’t know about.

Warm weather, a smooth track with a dark surface, C2-C3-C4 tyres – it all bodes well for Mercedes. A six-car scrap is possible and that can only be a good thing for the sport.

Alpine and Ocon on home soil

Esteban Ocon has been quietly going about his business in 2022, yet hasn’t been talked about and isn’t making the headlines.

You could argue that’s a good thing as Ocon is doing a solid job, but the points don’t show that Fernando Alonso has largely been the better driver of the Alpine pair.

That said, Ocon has churned out some great results and is coming off the back of a fifth place in Spielberg so enters his home event knowing that chaos up ahead, could lead to an incredible podium opportunity.

“There isn’t a feeling quite like racing in your own country and seeing the passion of the home fans when arriving to the circuit, or, in the grandstands when driving past,” said Ocon.

“I’ll also have my own grandstand this weekend which is a first for me and a dream come true.

“I know the atmosphere will be amazing in the ‘Esteban Ocon Grandstand’ and throughout the grounds in what is a sold-out race weekend.

“It’s always special going back to Le Castellet, a track we all know well. It’s a circuit famous for its mix of high-speed straights and the demanding sequences of low and medium-speed corners.

“The low-speed section heading onto the Mistral straight is tight and requires a flexible set-up on the car. Then you have the faster, more technical section from Signes until the last corner which is quite demanding on the tyres.”

Lando Norris has done a great job to score 14 points from the last two events to keep McLaren in fourth place in the constructors’ championship on countback, as Alpine are level with them on 81 points.

But, McLaren‘s big weaknesses are warm temperatures and drag – a combination that doesn’t bode well at all for Paul Ricard with the long Mistral straight and track temperatures of over 50 degrees celcius expected.

Norris, who is seventh in the F1 standings, admits it will be tough to match Alpine this weekend.

“The Alpines, all season have been extremely quick,” added Norris. “Fernando’s always been there fighting – for poles sometimes. So, they’re fast.

“They’re consistent as well and especially now, they seem on a very good run with a very strong car. So, it’s going to be tough to keep them behind and keep the battle going.

“But we’re motivated, we know we can do it. I think we’ve been showing that we, even with a car which maybe isn’t quite as strong as them, we can still outperform them and outscore them, so hopefully, especially because it’s their home race. We can get one up.”