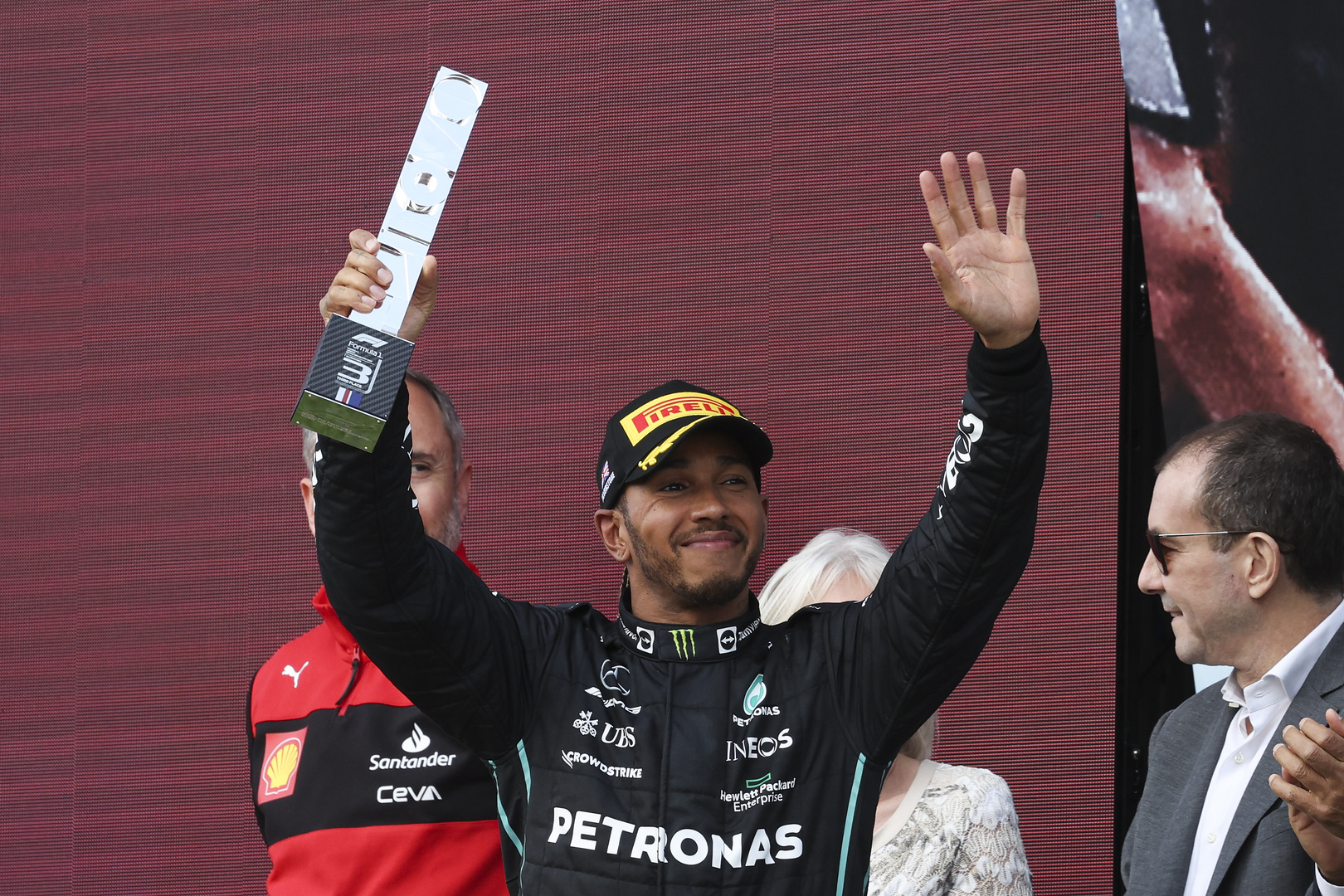 A lot has been made about the problems surrounding Mercedes’ 2022 F1 challenger the W13. At the start of the year, the eight-time constructors’ champions suffered from significant porpoising issues with both Lewis Hamilton and George Russell struggling to match either Ferrari or Red Bull.

Hamilton in particular has struggled to get on top of the W13, with the seven-time world champion being outperformed by Russell for most of the season. However, in Canada, things seemed to turn around for Hamilton.

Having got the better of Russell in qualifying, Hamilton then claimed his second podium finish of the year, finishing in third behind Max Verstappen and Carlos Sainz. Things would improve at the British Grand Prix, with Hamilton challenging the Ferrari pair of Sainz and Charles Lecerc for the win even claiming the fastest lap of the race.

While Hamilton had to settle for another third-place finish, there is no denying that the Mercedes driver had the pace to challenge for the race win, especially when taking into account his pace on the medium compound tyres prior to the intervention of the Safety Car.

So are Mercedes and Hamilton back?

While he may have had his best weekend in 2022 at Silverstone, Hamilton remains cautious about his chances heading into the Austrian Grand Prix. The British driver believes that Mercedes have taken a step in the right direction but still thinks that there is a lot more to be done.

“We’ve made a step closer to them,” Hamilton stated to the press after the race.

“So we’ve got to keep pushing. The fact that we were able to follow and dice like that, lap on lap, is a testament to the direction I think that we’re now in. I was just grateful that I could be in the battle. Because I’ve not been in that fight for a while.”

Mercedes’ team principal Toto Wolff echoed the comments made by his star driver with the Austrian stating that Mercedes‘ pace in Silverstone was no indication of how the team would perform at the Red Bull Ring.

“Nothing at all. Nothing at all, actually. We were ‘back in the game’ at Silverstone but that doesn’t mean it will be again [in Austria],” Wolff told Motorsport-Total.

“On the soft, the car didn’t work well. We saw that the pace wasn’t there afterwards either, but if you don’t lose the place to [Sergio] Perez and overtake [Charles] Leclerc quickly with the old tyres, then we might have been able to race for victory. But the start didn’t work out and then it was a chain reaction.

“It shows how quickly you change expectations. A few weeks ago, we said a third-place finish on our own would be great and today [at Silverstone] we could have taken a win. Therefore, yes, you have to take the positives.”

Mercedes can build on their Silverstone performance

While both Hamilton and Wolff might be wary about the W13’s performance in future races, there is certainly room for optimism within the team. Given where both Hamilton and Mercedes were in Azerbaijan, their improvement has been rapid and the back-to-back podiums in Canada and Britain should lift the spirits of those working at the factory.

The next race at Austria should provide a more complete picture with respect to where Mercedes are in the pecking order. If the team can carry their momentum from the previous two rounds into this weekend’s race, then we may will see a three-way battle emerge between Red Bull, Ferrari and Mercedes for the remainder of the season.