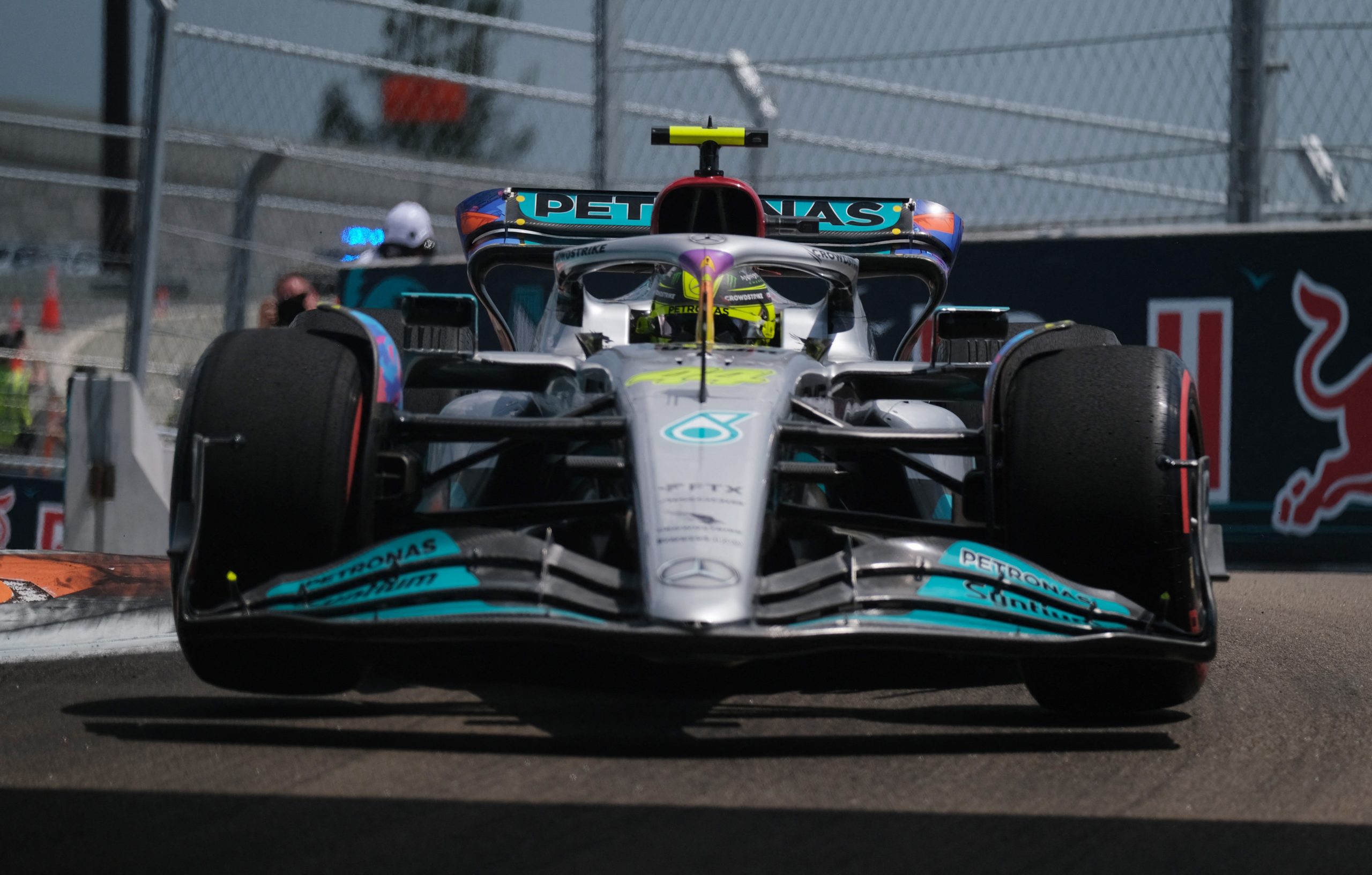 The FIA have released a list of F1 teams bringing updates to the Miami Grand Prix, with Mercedes and Ferrari part of that group.

The Silver Arrows have struggled so far in 2022, having failed to win any of the opening four races, but the team will be hoping that a new raft of updates will boost their chances this weekend at the Miami International Autodrome.

Mercedes have brought updates to their front wing, rear wing and beam wing. The team started the season with a high downforce specification wing package in order to combat their noted porpoising issues, but that’s resulted in a high drag consequence.

The team are hopeful the latter two changes will help resolve their drag issues.

As for Ferrari, they’ve brought a new rear wing to the United States in hopes of improving their downforce at the new circuit, with Haas doing so as well.

McLaren have brought upgrades to their front suspension and floor edge, Alpine have upgraded their rear brake drum, while Williams and Alfa Romeo have new side pod cooling louvres.

No change at Red Bull

Red Bull have brought no upgrades to Miami after bringing a large upgrade package with them to Imola, a race in which they finished 1-2.

AlphaTauri and Aston Martin have also opted to run the same car used in Italy two weeks ago.